How the Founding Fathers’ children influenced the Constitution | Meridian Magazine 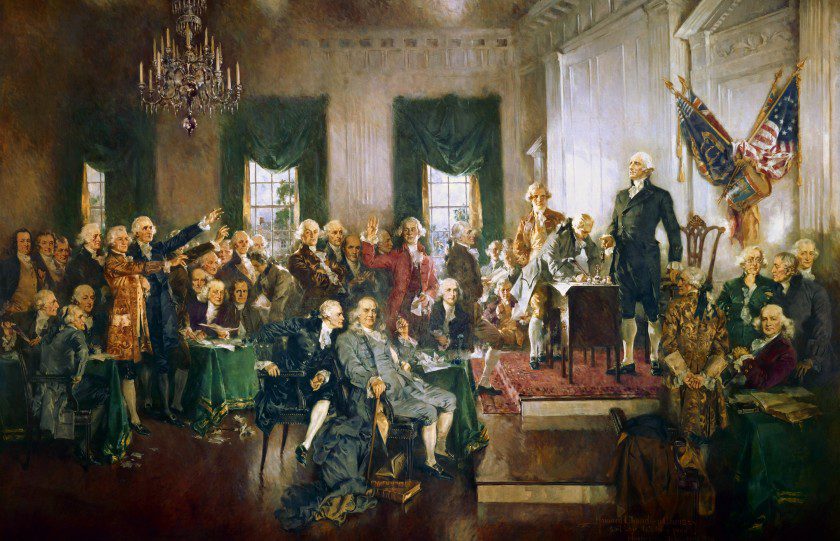 How the Founding Fathers’ children influenced the Constitution

Many of America’s Founding Fathers were fathers of more than just a new nation: they were also literal fathers of sons and daughters. New BYU research published in the American Journal of Political Science suggests that when it came to drafting the Constitution, these family dynamics played a larger role than many people have realized.

Several studies have suggested that child gender affects parental behavior in the realm of modern law and policy. Applying that knowledge to historical politics, BYU professor of political science Jeremy Pope studied the delegates of the Constitutional Convention and how the gender of their children influenced their voting.

“Gender is important wherever you are in history,” Pope said. “Gender effects change over time, but they play a much bigger role in politics than we think they do.”

While there were many different motivations that influenced behavior and voting in the Convention, family life was an important factor. Detailed notes from the Philadelphia convention show a number of references to delegates’ children or general posterity. These notes suggest the powerful interest that the delegates had in protecting their future descendants.

The researchers theorize that delegates with more sons were interested in voting for a larger national government that would facilitate more careers and political positions for their sons to fill.

“If you are a father of daughters in 1787, you worry about family connections that hinge more on marrying your daughter and not about a career,” said Pope. “Whereas if you have sons, you need places for them to go that are honorable and provide good careers.”

Similar studies have measured the impact of other factors on voting at the Convention, including whether a delegate was wealthy, a slaveholder, or from an urban or rural area.

Analyzing voting records, detailed notes of the deliberations and family dynamics, Pope and BYU student Soren Schmidt, an undergraduate at the time of the research, found that the effects of child gender were just as prominent as the other factors and among the most important influences on the delegates.

“Our research shows that the differences driven by the gender of the delegates’ children were big enough to affect the Convention’s proceedings and therefore the structure of the U.S. Constitution itself,” said Schmidt. “In other words, it mattered deeply that our Founding Fathers were also actual fathers.”