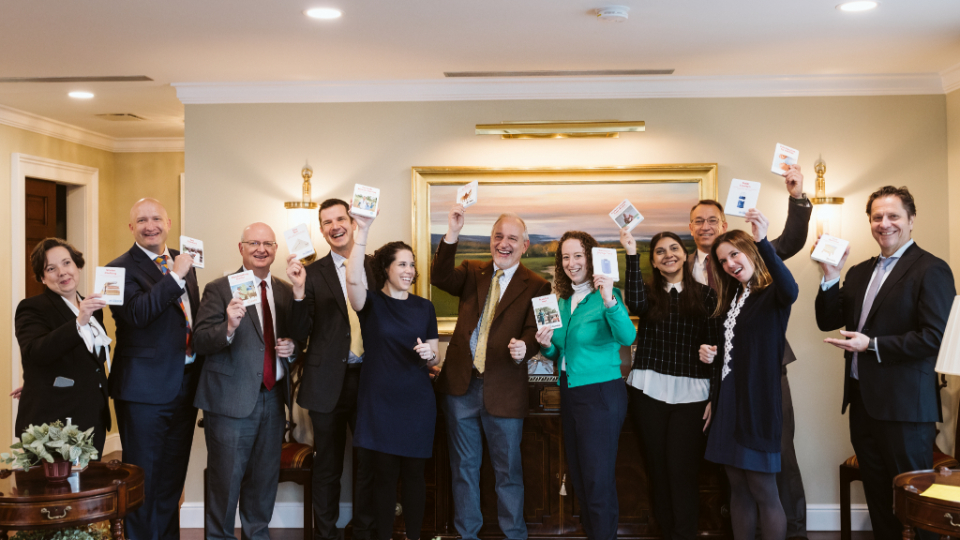 Before Area Seventy Elder Jonathan S. Schmitt officially presented nearly $700,000 to six non-profits in Gilbert, Arizona, he spoke about how donations at the Giving Machines were truly “expressions of lovingkindness.”

Some 300,000 people throughout the United States visited a Light the World Giving Machine between Thanksgiving and New Year’s Day, donating a combined $5.8 million. The campaign has raised $15 million since its inception in 2017.

This year, the money benefited 44 charities in the United States and five global agencies.

Elder Schmitt and other representatives of The Church of Jesus Christ of Latter-day Saints held a ceremonial handover with large checks made out to each local charity partner, during the Gilbert City Council meeting on Tuesday, Feb. 22.

Around the U.S. similar presentations have been made to local charity partners in the 10 cities that hosted Giving Machines.  The Church covered all administrative costs for the machines — including credit card transaction fees — so all donations go directly to the charities.