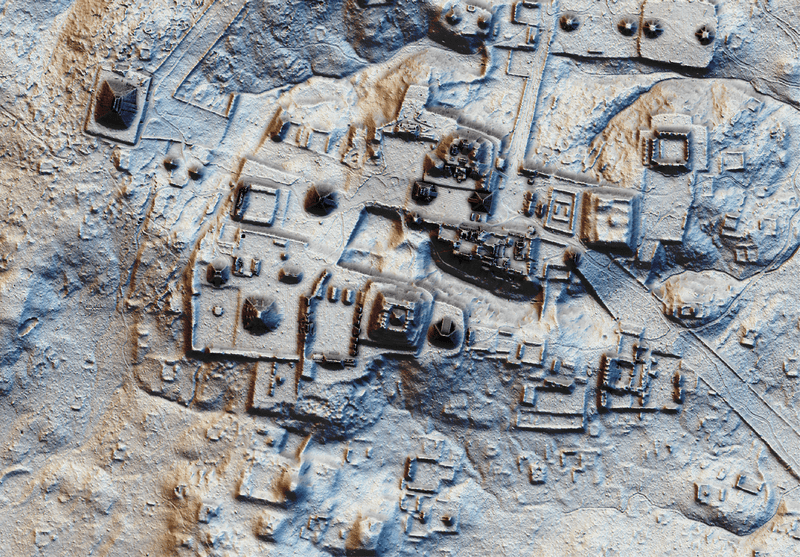 How an Incredible New Archeological Discovery Corroborates the Book of Mormon

Early Thursday morning, February 1, 2018, National Geographic broke a story intended to drive viewership to a one-hour special entitled “Lost Treasures of the Maya Snake Kings” that will air on Tuesday, February 6, 2018 at 9 Eastern/8 Central on the National Geographic Channel. The teaser is “See how LiDAR is revolutionizing archaeology and rewriting history.” The National Geographic story that quickly went viral is entitled “Exclusive: Laser Scans Reveal Maya ‘Megalopolis’ Below Guatemalan Jungle.” In subsequent days, the story has been picked up by other major media:

The details in this story explicitly corroborate dozens of verses in the Book of Mormon that describe dense populations, sophisticated economies, road networks, large-scale agriculture, intensive land use, disaster-prone landscapes, and prevalent warfare. Even LDS scholars have tended to dismiss some Book of Mormon phrases such as “the whole face of the land” as hyperbole. If the Maya lowlands were part of the Book of Mormon world, these grandiose descriptions may not be so far-fetched after all. Respected archaeologists are now comparing the Maya with the ancient Chinese.

LiDAR is a technology where expensive equipment is flown in a slow grid pattern over a target area. Billions of pulsed laser beams penetrate the forest canopy and bounce off structures below to create a massive data cloud. Graphics processing with supercomputers then yields highly accurate 3-D maps of the scanned surface. This digital imaging technique is revolutionizing Mesoamerican archaeology where important ruins lie concealed beneath jungle or forest.

Richard Hansen’s and Fernando Paiz’ Fundación Patrimonio Cultural y Natural Maya (PACUNAM) just went public with the results of the largest LiDAR survey ever attempted for archaeological research. It mapped 10 tracts totaling 2,100 square kilometers in the Mirador Basin and other areas of northern Guatemala. The surveyed area is less than half the size of Utah County. And what did archaeologists find buried in the Peten?

It will take decades to study so many new sites, but settlement patterns and big picture insights are already apparent.

LiDAR in archaeology is like the Hubble Telescope in astronomy.

For notes of a 2015 talk given by Richard Hansen that discussed part of this LiDAR project, see the article “Hansen and Coe.” For additional LiDAR images from the Mirador Basin, see the articles “Roads and Highways” and “Flocks and Herds.”

Hansen, almost certainly the leading field archaeologist in Mesoamerica (he’s nicknamed “King of the Jungle”), served his mission in Bolivia, graduated from BYU, and is a practicing Latter-day Saint living in Rupert, Idaho.

I am very interested in the Southwestern Native American Cultures. I'd love to see this technology fly over Chaco Canyon Area and the Southern Utah/ Arizona Strip country. Even Northern Arizona on the Navajo Reservatoon with it's ruins.

Not taking sides here, but those who say there were no buildings of cement in North America are simply wrong ... the pueblos and hogans of the tribes in New Mexico, Arizona, Utah, and Colorado qualify as cement based (add to that the cliff dwellings ...). Further the Hopi's history nearly perfectly fits the story of the Anti-Nephi-Lehi's. There are dozens of tribes (up to 200) that have "legends" of a white god that came and lived with them. Most of those tribes range from central America to southern Canada. The information provided in this article is fascinating, and corroborative of BoM history, though far from dispositive.