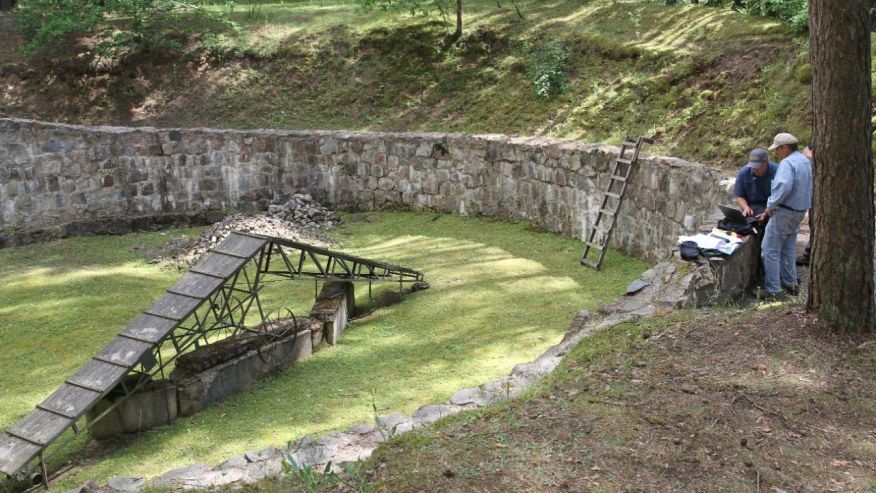 A tunnel in Lithuania that allowed Jewish prisoners to escape to freedom has been discovered at an infamous location called Ponar, decades after they used it to flee the Nazis one night in April 1944. The escapees were part of a group tasked with the horrific job of burning bodies to cover up the Nazi’s crimes.

The group was known as the burning brigade— 80 prisoners from the Stutthof concentration camp who were forced to burn the thousands upon thousands of Nazi victims murdered near Vilnius, Lithuania. That gruesome task involved taking the bodies out of pits so they could be cremated.

“We had pokers that we had to stick into the bodies, to pull them up,” one survivorrecounted in a video published by Yad Vashem, the Holocaust remembrance center in Israel. “We put them on stretchers, head to head, feet to feet. The crematorium held about 3000 bodies, and we’d light it up. It was horrific.”

But one night a group of 40 attempted an escape through a tunnel they had slowly dug from the pit where they were being held, according to the Israel Antiquities Authority. The guards were alerted, however, and shot many of the prisoners. A dozen escaped.

And now, researchers using ground penetrating radar as well as a method called electric resistivity tomography have located that tunnel, the Israel Antiquities Authority reported. These techniques allowed the scientists to find the tunnel without digging.