Healthy Sexuality: The Topic for your Next FHE Lesson | Meridian Magazine 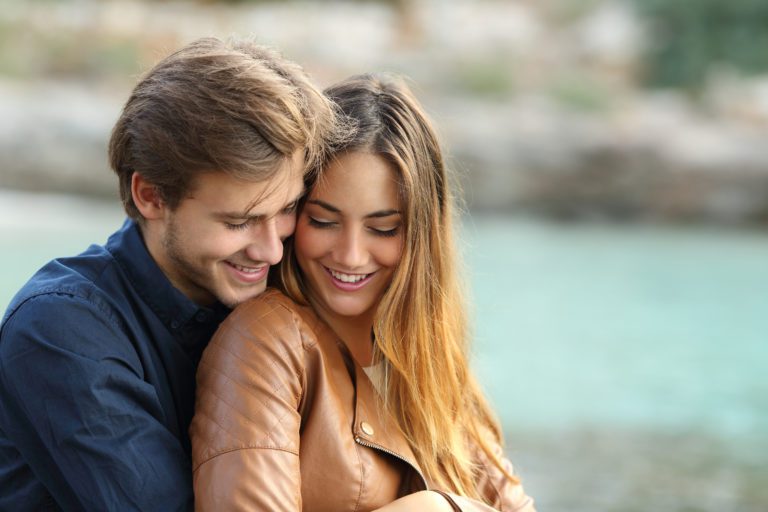 Healthy Sexuality: The Topic for your Next FHE Lesson

The Church posted an FHE lesson for this week entitled, Sexual Intimacy is Sacred and Beautiful. I wanted to bring some attention to it because I think it is an incredibly important topic.

It seems to me, as a covenant-keeping single, that it is tricky thing trying to instill in young people a sense of the importance of the law of chastity and a real understanding of the negative consequences of the improper uses of sexuality without creating permanent off-putting associations with sex.

It’s always occurred to me to be almost laughable that this topic is something that you spend all of your growing up years hearing, “No, No, Bad, Nope, Stop, Don’t” and then you get married and like a switch has been flipped it is suddenly ok and in fact go for it and in fact when can we expect babies out of this union?

I get the impression that the sense of disgrace that a lot of LDS people growing up associate with sexuality causes serious problems in creating positive, healthy intimate relationships in Mormon marriages. But that sense of disgrace is not doctrine. Members of the church might be under the assumption that we believe that sex is a “necessary evil” in the commandment to multiply and replenish the earth rather than “a beautiful, powerful, and joyful part of our lives.” Those people are mistaken.

Here’s what people who know better than me have to say about it:

“The Bible celebrates sex and its proper use, presenting it as God-created, God-ordained, God-blessed. It makes plain that God himself implanted the physical magnetism between the sexes for two reasons: for the propagation of the human race, and for the expression of that kind of love between man and wife that makes for true oneness. His commandment to the first man and woman to be ‘one flesh’ was as important as his command to ‘be fruitful and multiply.”

“Our natural affections are planted in us by the Spirit of God, for a wise purpose; and they are the very main-springs of life and happiness they are the cement of all virtuous and heavenly society. The fact is, God made man, male and female; he planted in their bosoms those affections which are calculated to promote their happiness and union.”

For the Strength of Youth (emphasis added)

“It is also of interest to note that the word sex or sexuality does not appear in the scriptures. Rather, it is described in holy writ with the words know or knew. This idea of “knowing” or “becoming acquainted with” connotes a deeply satisfying aspect of married love.”

Brent A. Barlow
(The Twain Shall be One: Thoughts on Intimacy in Marriage, Ensign, September 1986)

Sexual intimacy is a gift, something sacred and joyful. In the astonishing words of Brent A. Barlow’s mission companion when a Protestant minister asked, “What is the Mormon attitude toward sexuality?” —“We believe in it.”

According to the aforementioned FHE lesson from the Church, “Sex enables a husband and a wife to have children, express love, and strengthen their spiritual, emotional, and physical bonds. Sexual intimacy is an important part of marriage, and when it is used in the way that God has commanded, it brings great blessings and joy.”

If a writer is meant to write what they know, then this is hardly a subject I should be writing about. I am unmarried and actively keeping covenants and so have relatively limited experience in this area, but I feel deeply the sacredness of the topic and I also observe frequently the shame that grows in righteous members of the church that judge the presence of any sexual desire in themselves as a sin. Godly sorrow for sexual transgression is critical to realigning our behavior and our wills with His, but feeling shame for having sexuality at all is destructive to the future use of this sacred gift within the limits that the Lord has lovingly set for us.

I appreciate that the Church is subtly encouraging people to open a dialogue within their own families on this topic, because parents who choose not to address these issues in the home out of discomfort or worry are not shielding their children from the topic, they are merely forfeiting any control over how the subject is approached.

In a time when images that are widely circulated in seemingly innocuous forums like social media or search engines are the same that used to be sold in brown paper, and the damaging messages that cheapen and pervert and demean something so sacred are literally everywhere, it’s worth making sure righteous parents get a word in. It is worth working towards creating an environment in which it’s ok to talk and know what the Lord has to say on the matter rather than propagating confusion and falsehood and building up feelings of undue shame.

Creating an atmosphere of safety and comfort for open discussion might mean that a 10-year old boy who accidentally saw a pornographic image will come ask his parents about it rather than seek out further explanation in more dangerous places. It might mean that if someone touches your child inappropriately, she’ll come tell you rather than crying to herself, thinking it was her fault. Those are terrible things to think about, but they are also a reality of the day we live in.

The FHE lesson put out by the Church suggests great ways to discuss these often-difficult topics even with young children. It sets things out in a way that can be easily tailored to the individual needs of different families.

I particularly liked the suggestion to illustrate the idea of sexual feelings being good but belonging only to a particular time and place with the image of someone dressed for a fun activity like a scuba diver. That scuba gear is important, even essential for that activity, but wearing full scuba gear to the mall isn’t the appropriate time or place for it. It’s a simple metaphor, but for someone very young it might be a start to creating some comfort and understanding on a tough subject.

I personally have always loved the image of ‘bridling our passions.’ You can picture a wild horse that is completely out of control and bucking and will not be tamed. If kept in this state, the horse will be not only useless to a rider, but also destructive. But if you can bridle it, it can go places it could never have gone if it retained what appeared to be complete freedom.

Can you imagine how wonderful it feels to be filled with love? That’s kind of the point of it all anyway. That’s what everyone is really searching for and the Lord has created us in a way that we can find an increase of love and joy when we live the way he asks us to.

I’ve always found it sort of ironic that people in the world think that ‘church-types’ that practice abstinence until marriage are left with some abbreviated or less fulfilled version of a sex life. In reality, giving it away and passing it around and seeking self-gratification at the expense of others and treating it like it’s no big deal is what ultimately leaves you with a cheap, diminished shadow of what it could be.

It could be a sacred and intimate bond shared between two people who deeply care about each other and are committed to supporting each other forever. It could be a physical manifestation of the kind of love that can change the world. It could mean safety and comfort and unselfishness. It could be incredible. Or it could be just another night of fleeting pleasure and regret. Which of those sounds like they’re reaping the real rewards of a full intimate life?

The promises associated with healthy sexuality in God’s own appointed time and His own appointed way are magnificent, that should be the focus of teaching the law of chastity. The sorrows of sexual sin are not to be ignored but they should not be the central motivation for the way we approach addressing this topic lest we end up missing the goodness of the exquisite gift that God gave us to strengthen the quality and unity and selflessness of our marital connections, which are the building blocks of our eternity.

Part of these issues with sexuality stem from sexual abuse. How does a person come to feel happy and healthy about something that was so shaming and ugly in their lives? It is a question I ask often. 1 in 3 women are sexually abused. The onslaught of pornoghraphy pushes the hopes for a healthy relationship to scarcity. I'm trying to teach my children that sex in marriage is good. Through Christ there is healing. Through Christ I know there is hope. It is a journey that takes longer than I want but I am thankful for healthy people around me and articles like these that tell me to press on in faith.

My wife and I married in the temple shortly after my mission and we both had no experience prior. Frankly, it took us a couple of weeks to overcome our inexperience. Many (many) years later, we joke about it now and wouldn't be surprised if more people didn't have the same experience we did. I would say that the young people of today certainly have a far more sexualized culture than we did.