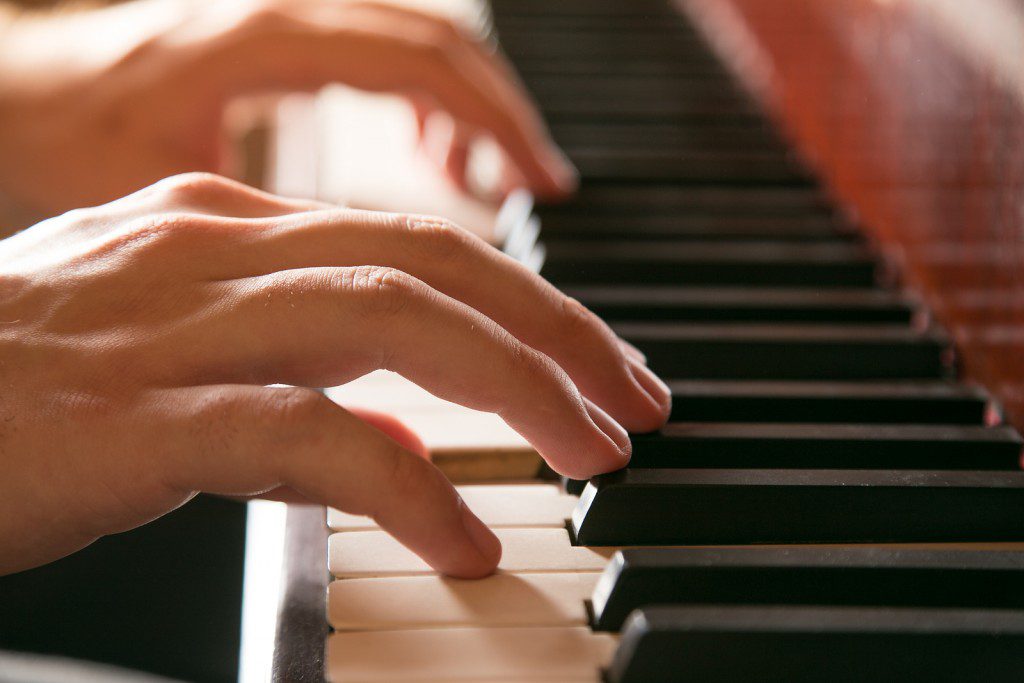 Andrew lost his right arm fighting in World War II. He had planned to make a career playing music, but that dream was gone now. Andrew, who never knew his father even played the piano, was surprised to learn that his father had also dreamed of making a career of music until he had lost his arm fighting in World War I. Andrew wondered if that was why he had been so proud of Andrew’s accomplishments.

Through the months in the hospital, Andrew never wrote in any of his letters about the loss of his arm. Now it was Christmas, and he was heading home, but all he could think about was his father. What would he think now that Andrew could no longer play the piano?

Andrew’s whole family was at the train station to welcome him home. He knew they could not help but notice that his arm was missing, but no one said anything. They hugged him and gave him a hero’s welcome, but, still, the doubts lingered in his mind about what others truly thought of him, especially his father.

When he walked into their home and saw the old piano, a nice one that his father had worked a second job to buy for him, he could not face his feelings any longer and turned and walked out the door. But in the stillness of the evening air, he could hear the crunch of snow behind him and turned to find his father following him.

Andrew turned from his father and spoke quietly. “Not much of a Christmas present, is it? I guess I’ll never be able to be the great musician you dreamed I would be.”

Andrew’s father wrapped his arm around Andrew’s shoulders. “It’s the best Christmas present in the world to have my son, of whom I am very proud, come home. You may not be able to do the things you once dreamed of, but it is the goodness of your heart that brings me the greatest happiness.”

“Why did you never tell me you used to play the piano?” Andrew asked.

Andrew’s father was quiet for a moment before he spoke. “Where did you hear that?”

“The doctor who saved my life said that you and he used to perform together and that you lost your arm saving him during a battle. Why didn’t you ever tell me?”

Andrew’s father turned from him and spoke quietly. “I guess I never felt like I was good enough. I tried to play once, but without the harmony of my left hand, I felt less than adequate. I guess that is how I have felt all of my life—less than adequate in everything.”

“No, Father, you’re wrong!” Andrew said. “In the thing that matters most, being a father, you are the greatest there is! You have done things with one hand that many men couldn’t do with two. And if my heart is great, it is because yours is greater.”

Andrew could see the tears roll down his father’s face, and he reached out and hugged him. Then Andrew pulled back and said, “Oh, there’s one more thing. Dr. Jacobson sent a present for both of us.”

They went to the house to open it and found some music with a note. The top few music pages were crossed out. The note said, “Dear John, Years ago when you said you would never play the piano again because you had lost the harmony from your life, I set about to write a song for you that could be played by one hand. The top pages were my attempts, and though I feel they were good, something else happened. I met your son, and I began to realize two things. First, a coincidence is nothing but a miracle in disguise, and second, sometimes in life we can play both melody and harmony, and sometimes it requires more than one to make the music complete. This song is for both you and your son. Your friend, Private (Dr.) Jacobson.”

They removed the crossed out pages, and found a song entitled Harmony and Melody. Andrew looked at his father and his father smiled and nodded. They sat down at the piano, Andrew on the left, his father on the right, and they played. At first it was rough, but it wasn’t long before it sounded like one person was playing.

And every Christmas after that, until Andrew’s father passed away, they played it together. Then Andrew played his part alone, and each time he ended he always said, “Dad, I hope you’re still practicing, so when I join you we can make harmony and melody complete, again.”

Brother Howard, you have had a full and interesting life. Thanks for sharing this. I just finished rereading the story about the black stallion named Cashmere; I'm glad to see it in print again. Thank you for everything.

This story brought tears to my eyes. Everyone loves a success story and this is a no. 1. Thank you for reminding us of how we can all turn lemons into lemonade.