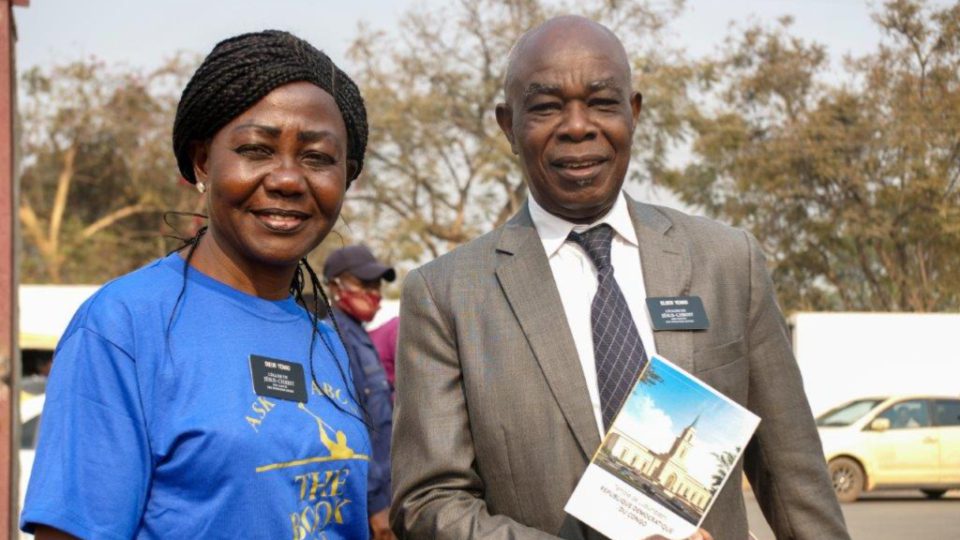 Ground Broken for the Lubumbashi Democratic Republic of the Congo Temple

“Whenever a temple of God is constructed, it stands as another symbol of truth, righteousness, and peace as we seek to apply the teachings of Jesus Christ,” said Elder Matthew L. Carpenter, Africa Central Area President during his opening remarks at the groundbreaking ceremony for the Lubumbashi Temple.

Elder Carpenter presided over the groundbreaking of the second temple to be built in the Democratic Republic of the Congo. He was joined by counsellors in the Area Presidency, including Elder Thierry K. Mutombo and Elder Ian S. Ardern and other area Church leaders. The Area Presidency stressed repeatedly the importance for members to hold a current recommend from this time forward, thus allowing them access to all the Temple blessings.

Dozens of governments, community and interfaith leaders also attended, many of whom participated in the soil turning ceremony.

“I know that the temple is truly the House of the Lord and that in all the history of humanity there is no other way for people to get closer to God other than by following what is taught in the temple. It will be a huge blessing, not only to the members of The Church of Jesus Christ of Latter-day saints but also to all the people of the Congo,” Commented Honorable Jean Louis Kalamba Ndingu from the office of the Prime Minister who spoke on behalf of the government.

Elder Carpenter said in his dedicatory prayer that people of Lubumbashi had waited “with great anticipation for a temple to grace this land.”

“Many of thy children here, along with their posterity and their ancestors are anxious to receive the blessings of sacred ordinances and covenants available in the temple,” he said.