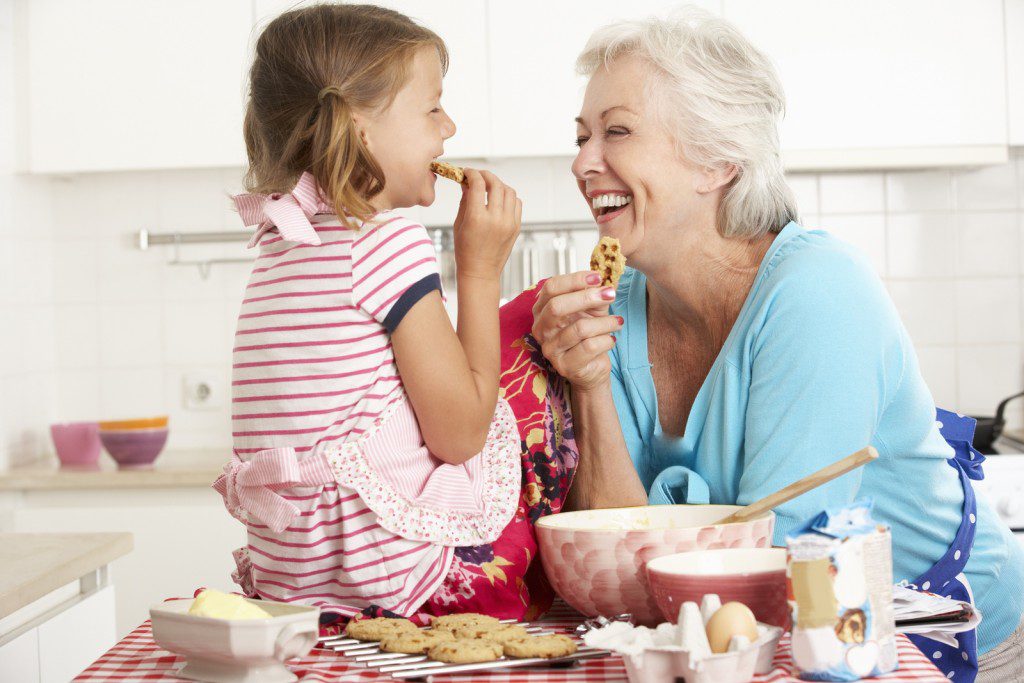 In this ongoing series, LIFE IN FULL, we are writing to Baby Boomers (those of us in our 50s, 60s, and 70s) about how to maximize our Longevity and our Legacy. You will find new episodes here every Tuesday and Thursday, and you can read the overview and catch up on earlier articles in this series by clicking here. Today’s article is actually part of a series within a series as we talk about grandparenting for the fourth time.

In looking for a “place and a time” to be closely and intently with my grandkids, I (Linda) hit on the idea of an annual “Grammie Camp” when I can spend time with them in small, age-based groups and expose them to things that I love as well as to learn about what they love! I try to do them in connection with our family reunions at a little house near the location of the reunion where we can be together without being interrupted by other family members. They usually last a day and a night, and we have found that a lot can happen in less than twenty-four hours.

The important components included in each Grammie Camp are:

To elaborate, here are some brief ideas to describe each area:

Ancestor Stories: Each year I pick an ancestor’s story to tell the kids about. Fortunately many of my ancestors are buried in the Bloomington Cemetery, which is a 25-minute ride from where we are at the Bear Lake. Often I tell them stories about someone who is buried there and then we go have a scavenger hunt to find the grave. One year, after telling our three seven-year-old grand daughters several stories about my mom whom we call Grandma Hazel (and two of those three have “Hazel” as their middle name) I said, “Okay, get in the car! We’re going to see Grandma Hazel!” Amazed little Claire Hazel asked excitedly, “Are we going to dig her up?” You just never know what is registering in these kids’ minds!

This whole family narrative approach is tied directly into the “family tree” which is our big painting of a tree with a child’s picture on each limb and an ancestor’s picture on each root. We refer to the tree often as we tell ancestor stories.

Music and/or Art activities: We have grandkids that are gifted artists and musicians (and others who think they are) so it is always fun to have an art project or music activity. Because my university major was music, I have had them listen to the music that I love and either do an art project while listening or have them act out the music with costumes. One year we listened to Pictures at an Exhibition by Modest Mussorgsky and have them paint pictures with water colors of what they could see in their minds as they listened. We’ve also had a fun with Peter and the Wolf by Serge Prokofiev as they each take the part of one of the animals and act out what they imagine each one doing when the music depicts them. Last year we had a great time with Carnival of the Animals by Camille Seine Saint and The Young Person’s Guide to the Orchestra by Benjamin Britten.

A Talent Show: As our grandchildren get older they really look forward to sharing their talents with their cousins. At first it was just pounding a drum to some music or making up a creative song on the piano that sometimes lacked an ending. But as they have grown up and taken music lessons, some are becoming terrific little musicians. In our talent show, some perform music, some demonstrate amazing gymnastic abilities, and others might even show us how good they are at some favorite video game. All talents are treated equally.

Hard Work: Since I come from a long line of hard working farmers on both sides of my family, I know the value of hard work and want to pass that attitude on to my grand children. I have had a delightful time teaching our grandchildren about hard, manual work and how good it can feel. I have a mountain of work gloves and hand them out as I send them off to pull weeds or move rocks , both of which are plentiful at Bear Lake. I pay a couple of pennies a weed or rock and when they are done we travel into the nearest town, which happens to be my hometown of Montpelier, Idaho where we go to the Dollar Store to spend their money.

Memorizing a Scripture or Quote: Memorizing has become almost a lost art, so I send out in advance one of my favorite scriptures or a quote that they are encouraged to memorize by the time they get to Grammie Camp each year. I love thinking that those good thoughts will be running around in their brains and that they will be able to conjure them up and spit them out when they need them! Rewards are given for each scripture or quote they memorize. Often the little kids are given a reward for each word they can remember. Gummy bears are the hands-down favorite so far.

Fun: It has been a tradition for our oldest Grammie Campers to go to a fun melodrama that is performed every summer on the other side of the lake. This particular melodrama is written and starred in by a talented guy who calls himself Juanito Bandito and has a trademark mustache that is pretty hysterical. The kids get involved by buying fake mustaches to wear (from that dollar store) and taking a picture with Bandito after the performance every year.

I have found these Grammie Camps to be one of the most revealing experiences I have had as I learn about the fascinating personalities of each child as well as how they react in a group of cousins that they look forward to being with each year.