Grandkids are the Greatest, and We Can be their Champions | Meridian Magazine 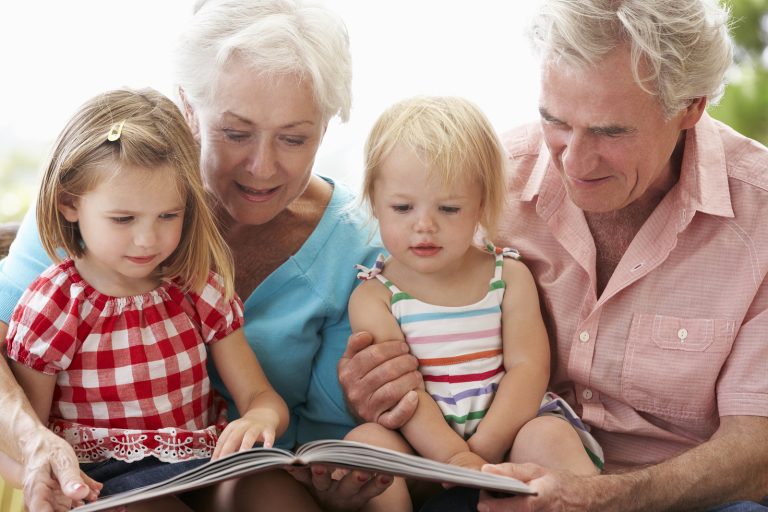 Grandkids are the Greatest, and We Can be their Champions

Editor’s note: This is the second article in a three part series on “Mormon Grandparenting”. The first article can be read here, and the third and final article will appear in this space in one week.

The fact is that we can and should play a powerful role in teaching our grandchildren to live for responsibility and reputation rather than ease and entitlement…our family, and the legacy we leave, will not be measured by how rich we are or how many titles we had but by the family we started and the caliber of those family members. One of the worst and saddest things we can do is abdicate our role as grandparents, becoming passive and uninvolved instead of proactive and highly aware and involved with this precious third generation.

After an event with a group of terrific proactive parents in Aspen, Colorado last year, I sat with the organizer of the event and his wife for a little private consultation at dinner. Their biggest question had nothing to do with anything we had talked with them about during our presentation. Their main personal concern was that their parents didn’t really know their children. The two sets of grandparents, having worked hard to raise their own children, had apparently decided that their job was done. It was time for them to do what they wanted to do….move to an adult community and play golf and let their kids deal with their children on their own.

This young couple we were talking to had three beautiful children and they were desperate for their fathers to be a part of their children’s lives. These parents felt that not only were the kids losing out on knowing what great people their grandparents were, but that the grandparents were missing an opportunity to be champions for their grandchildren. The couple had mentioned that their oldest son, a teenager, was struggling with several issues.

I suggested that they call or meet with their parents and explain the situation with the teenager and ask for their advice and help as a beginning step in helping their parents to get more vested and involved with their children.

We felt sad thinking about the good things this family was missing by not having their parents involved in their kids’ lives!

Thankfully, although this does happen more often than any of us would wish, it is not the norm, particularly in Mormondom. The norm is to want to be involved and helpful and focused and effective as Grandparents, but the norm is also not to know quite how to do it.

National surveys show that 82% of Baby Boomers with grandchildren think being a grandparent is the single most important and satisfying thing in their life. And the percentages would certainly be even higher in the Church. But thinking that and knowing what to do about it are two different things.

As we reach retirement age, we are the first generation to most likely have another good 20 to 30 years of life ahead of us, so more than any other grandparents of any other time, we ought to be committed to being proactive and involved.

And it is important enough to have a plan. This three-part series is to give ideas and motivation about formulating that plan—uniquely—for your own situation and your own family. Mormon grandparents seem to value and prioritize the role more than most, but we still need a plan. And the plan starts with appreciating—deeply and fully appreciating what a privilege it is to have these glorious little parts of our legacy!

The Joy of it All

On another occasion, we were speaking on a cruise ship to 150 “seniors.” All were members, and we asked how many of them would want to go back and be 20 or 30 again. Only two hands went up. The rest said no. When we asked why, they said, essentially, that life is better now. When we asked why again, the predominate answer was “Grandkids!”

Ahhhh, grandkids. There is nothing like them. Mary H. Waldrip said “Grandchildren are God’s way of compensating us for growing older.” Joan McIntosh said “They say genes skip generations. Maybe that’s why grandparents find their grandchildren so likeable.”

It’s not that grandkids are easy, physically or any other way.   As Gene Perret put it, “My grandkids believe I’m the oldest thing in the world. And after two or three hours with them, I believe it, too.” And an unknown author said “ I have a warm feeling after playing with my grandchildren. It’s the liniment working.”

And there is an old Welsh Proverb that says, “Perfect love sometimes does not come until the first grandchild. And Alex Haley of “Roots” fame said nobody can do for little children what grandfathers do. “Grandparents sort of sprinkle stardust over the lives of little children

Since you don’t have to be a disciplinarian or a friend-monitor or a taxi driver or an agenda and scheduler or an allowance-giver or a feeder and clothier like you were as a parent, you can now choose other roles to play as a grandparent—fun roles, joyous roles, make a difference roles, roles that can help your grandkids make good decisions, find their gifts, fulfill their potential, and transform their confidence and identity…

The first step in becoming a Proactive Grandparent is to be a champion for your grandkids.

Start by thinking about “who you want to be to them”. Here are some suggestions to consider:

Babies to eight years old: Be their ringmasters
Eight to sixteen: Be their buddies
Sixteen and up: Be their consultants

With the little guys, just show them a good time. Take them places, show them things, spoil them a little (but always in concert and communication with their parents.) Enjoy them, and let them enjoy you! Be their ringmasters in the circus of life.

With the middle ones, first of all, you’ve got to be tech savvy and on line. And email won’t cut it. Just be, electronically, whatever they are. And as they evolve from Facebook and twitter to Instagram or Pintrest or whatever comes next, you evolve with them.

With the upper teens, establish a relationship of trust in which they will ask for your advise, or at least listen to it. Explain that a consultant is not a manager or someone who tells you what to do or pushes you around. A consultant is someone with a lot of experience who can help you with your goals and help you get what you want and become what you want.

Try to get to know all grandkids in all three age groups one on one. Go on individual “grandpa dates” or “grandma dates,” usually to eat—let them pick the restaurant. Take along an impressive looking notebook or “Grandma date book” and ask them questions and take notes on their answers. Tell them you want to know as much as you can about them so you can always be their cheerleader and their helper. Ask them everything from their favorite color and food to what they think they might be when they grow up. Hand them the pen and let them fill in some things in the notebook like “the three words that best describe me” or “the best and worst thing in my life right now.”

Don’t editorialize too much during these discussions. Just ask a lot of questions and listen. And take notes.

Use the great word “really” to keep them talking. You can say “really” so many ways and in so many contexts. “Really!” as in “wow.” “Really” as in “whoa, I never knew that.” “Really?” as in “are you serious?” “Really!?’ as in “what the heck.” With the appropriate inflection, that one word keeps kids talking and connecting

As your grandkids get into their mid and late teens, you want to transition into their consultants and their non-judgmental advisors, and maybe their financial supporters for education or their mission consultant or their testimony monitors.

By then, since you have already been their ringmasters and their buddies, the trust level is there for this kind of transition. Tell them what a consultant is and tell them that your door or your computer or your phone is always open to them and that you will always LOVE it when they ask for help or for advice of any kind. Tell them you know their parents are always first, but you are the back up. And tell them you want to know everything you can about them because the more you know, the more helpful you can be.

What a Champion is….

The champion stands alone on the podium — triumphant, a winner. Years of training have paid off: the sacrifices, the dedication and the unrelenting commitment to excellence. Now comes the reward — being the best. Being a champion in this sense is an ultimate — an endpoint.

But there is another kind of champion — where the word is a verb as well as a noun, and where you become the person who elevates others as an advocate, encourager, supporter, defender, protector and opportunity-maker. This is the type of championing where you stand behind the podium, invisible, and cheer on the person you have mentored. It is wonderful to champion the people you love, particularly your grandchildren.

We should be their biggest cheerleaders, the ones they know are always there for them, and the resource they can fall back on when they need help. We should take our grandchildren out for regular grandma and grandpa “dates,” attend as many of their performances and games as we can, talk and—more importantly—listen to them, perhaps contribute to their college fund and interact with them in person or on line.

Four guidelines for all who want to champion their grandchildren…

Richard and Linda Eyre are the New York Times #1 bestselling authors of Teaching Your Children Values and a dozen other parenting books. They are now focusing on writing and speaking to grandparents (see Lifeinfullcruise.com and Lifeinfullonq.com). Their latest book is LIFE IN FULL: Maximizing Your Longevity and Your Legacy. Richard’s next book is Proactive GRANDfathering (2017) and Linda’s is The Deliberate Art of Grandmothering (2018)