Going Back for Sandy | Meridian Magazine 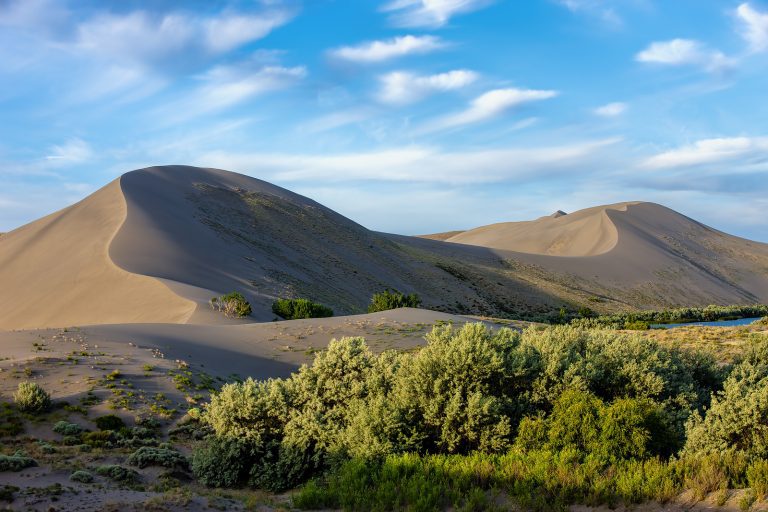 There are world-famous sand dunes near where we live. Though they are about a mile away, on Labor Day and Memorial Day weekends, the amount of noise late into the night is so loud we have to close our windows to get some sleep.

I never take my family there on those weekends. The hills look like giant ant colonies, with every ant riding a four-wheeler. We don’t ride all-terrain vehicles (ATVs), and even though there are specific rules about those who do staying away from other people, a person takes their life in their hands to be out there at those times. It reminds me of when I tried to cross the streets of New York at rush hour.

But on weeks outside of holidays, and on a weekday and not on a weekend, I might take my family out there to play on the sands. The children liked to run and jump off the hills, flying down the steep embankment until they landed in a soft sand cloud.

On one such outing, we had been out there all evening and were on our way back home. The children were tired and were sipping ice water. They were looking forward to popsicles at home, another family tradition. But on the way home, my youngest daughter, Elli, suddenly called out to me.

As we drove by, I caught a glimpse of the kitten in the corner of a field.

“Sweetie, it’s probably wild,” I said. “Either it would run away if you tried to get close, or it would claw at you.”

“But it looks abandoned and afraid,” Elli replied.

Elli has a big heart, and I knew that if we didn’t go back and check on the kitten, she would worry about it. I also knew that sometimes people who tire of their pets drive into the countryside and leave them. These animals, not knowing how to fend for themselves, usually starve or grow mean and are killed. I turned the van around, and we went back.

When we stopped, the kitten cried loudly at us. I didn’t know if it was crying for help or as a threat, so when Elli approached the kitten, I stood by in case it turned on her.

Elli walked slowly toward the kitten, and suddenly it ran at her. I had seen even small animals that were wild and vicious, so I ran to protect Elli. But the kitten clawed its way up her pants, and before I got there, it had climbed into Elli’s arms and buried its frightened head into the crook of her arm. Elli petted it, and it kept its head against her as it continued its sad cry.

Once in the van, the other children wanted to see it, but it kept itself tightly in its position of safety. When we got home, I got my first close look at it. It was tiny, skin and bones, and its coat was mangy. It must have been out there for some time. I was surprised a coyote hadn’t gotten it.

Elli named the kitten Sandy because we found her on the way back from the sand hills. We gave Sandy some milk, and she devoured it. But she was so near starvation that she immediately threw it up. We struggled to save her. For more than a week, we fed her many times per day, but only small amounts. She often still couldn’t keep the food down. But finally, she was eating full meals and having no problem.

But then we had another complication. Our other cats, all drop-offs like Sandy, refused to accept her. Though it was sad for Elli, we convinced her that Sandy would do better in another home. So, Donna, my wife, found a lady looking for a kitten for a companion.

Elli, Donna, and I took Sandy to meet the lady. The lady immediately fell in love with her. Though it was hard for Elli to say goodbye, we promised she could come back and visit. A few months later, we did take Elli back. Sandy was a beautiful, sleek, playful juvenile cat. She immediately seemed to recognize Elli and climbed into her lap, curled up, and purred herself to sleep.

And as Elli petted Sandy, we all knew we had done the right thing in going back to rescue a lonely, lost kitten.