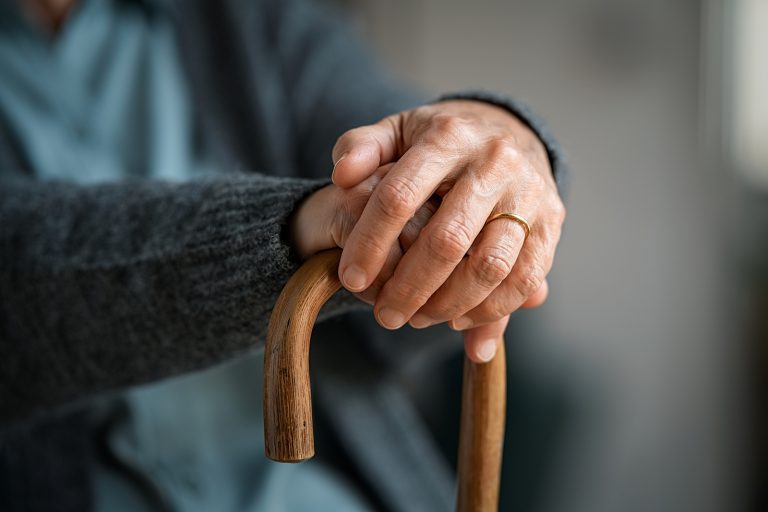 A sweet, elderly lady that goes to our church approached me after the Sunday meeting was over. Her son was helping her walk down the aisle. The son is almost seventy, so this mother was no spring chicken.

“I’m so sorry about missing your daughter’s reception last night,” the lady said to me. “That is one thing about getting old; I forget important things more and more all the time.”

“The thing I hate about getting old,” the son chimed in, “is the aches and pains. When I try to get some work done, I feel the effects of it for days.”

The lady turned to her son. “Old, my foot! You don’t know anything about getting old. I could still remember important things at your age, and though there were a few aches and pains, they were nothing like when you get to my age. When you get past eighty, the aches and pains are not a now-and-then thing caused by work. They are a constant caused by living.”

“But at your age, you can slow down,” the son said. “You don’t have as many things you need to do.”

“Or maybe it is just that there are more things I can’t do,” the mother said.

I laughed. “I heard a quote once that was attributed to Kathryn Hepburn. I don’t know if she said it or not, but I really like it. It was claimed she said she dreaded getting old and not being able to do all the things she wanted. But she said when she got old, it was all okay because she didn’t want to do anything anymore.”

The sweet old lady turned and frowned at me. “Maybe she didn’t want to because trying to do the slightest bit of work or anything makes you feel too miserable, and nothing seems to work right.”

“Your insides don’t cooperate at all,” she replied. “Either you’re constipated so you’re bound up all day, or you’re running to the bathroom every ten minutes. And you have no muscle control, so you don’t always make it when you do run.”

She ignored him and continued. “And don’t even get me started about my eyes. I have to have glasses to read. I have to have different ones to watch television. I need another pair that is for everyday use. I get the wrong ones on and miss half of what I’m watching on tv. Of course, that’s okay when it is the news. Half of it isn’t worth watching anyway, and the other half you wish you had never seen.”

She looked at him and glared. “Oh, and then there’s driving. Or should I say, then your kids think you’re too old to drive and take away the keys?”

“Mom,” the son said, “you got in a wreck the last three times you tried to drive.”

“Hitting the mailbox does not count as a wreck,” she replied haughtily. “Besides, who was the idiot who put the mailbox so close to the driveway?”

“The mailbox has been in the same place for fifty years,” the son replied. “Besides, the other times weren’t mailboxes.”

“What do you think insurance is for?” she replied.

The son sighed. “Mom, you’re way off the topic you wanted to talk to Daris about.”

She looked surprised. “I wanted to talk to Daris about something?”

The son nodded. “Remember? You wanted to talk to him about missing his daughter’s wedding reception.”

“Oh, yes,” she said, turning back to me. “I wanted to apologize for missing your daughter’s wedding reception last night.”

“It okay,” I replied. “And it was actually not last night. It was the week before.”

She looked shocked. “Now I know I am getting old. I realize it wasn’t the reception I forgot last night.”

“It was Lawrence Welk,” she replied. “And if I miss that, I feel I might as well be dead.”

Thank you for a good chuckle before facing my day of, "old age." Accurate description of the aging process. Never the less, life is good and I thank Heavenly Father for each day.

It's good to laugh at your self some times. I'm not sure if this wants to make me laugh or cry right now though as I am living this with my mother and myself and it is hard plus having a painful autoimmune disorder and still raising my last and helping raise 2 grands because their parents are on the autism spectrum.