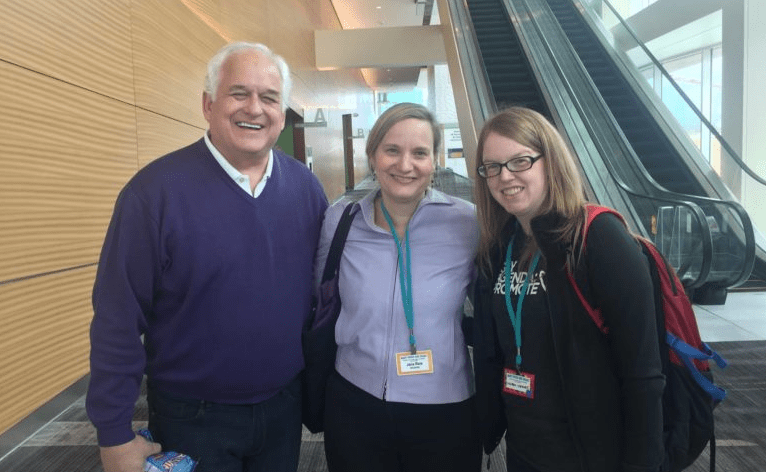 Gay Mormon Author, Brother of an Apostle, Builds Bridges Between the LDS and LGBTQ Communities

The following is an interview with Tom Christofferson and comes from the Religion News Service. To read the full article, click here.

It’s hard to walk through an Affirmation conference with Tom Christofferson, because every other person wants to chat and give him a hug. He’s just that guy, and he makes time for everyone. There’s something special about him.

So I was grateful for the chance to have lunch with Tom a couple of weeks ago to discuss his new book, That We May Be One: A Gay Mormon’s Perspective on Faith and Family (Deseret Book, Sept. 25).

Some Mormons already know the basic outline of this story: the younger brother of LDS apostle D. Todd Christofferson, Tom returned to the LDS Church three years ago after years of attending his local ward as a non-member. I asked him about faith and family, the two main topics of his book.

RNS: Your family’s story has been mentioned at General Conference.

Christofferson: When he was called as an apostle, he mentioned that all of his brothers and their spouses were in the audience at General Conference. And there’s a mention of it in the book. That was such an example of his graciousness, that even though my partner and I were not married, that we felt included.

And that was very much the way that my family had always treated us, that we were always included in everything. For example, at Mom and Dad’s 60th wedding anniversary, we had a dinner where it was just the five brothers and their spouses, and we had a picture taken that night of the 12 of us that was blown up to a very large size and was over the fireplace for the rest of their lives. Mom and Dad were always so proud of their five boys, and it was obvious in that photo that there were six boys. It seemed to me that they were never embarrassed about me or my partner.

Several people have told me that on visits to my parents’ house, it gave them such courage and reinforcement to see that picture in such a prominent place, especially if they had LGBT kids themselves.