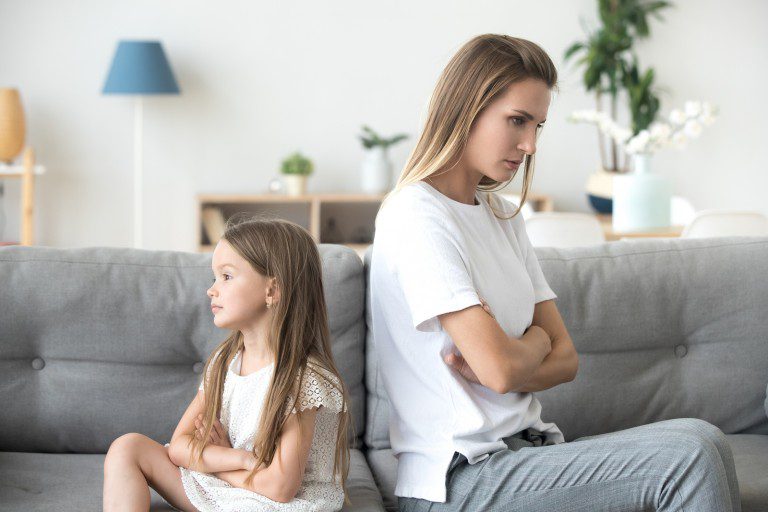 Four Rules to Remember When Family Members Correct You

At 16, after years of complicated daily chores, my mother assigned me the easiest daily chore I’d ever had: taking out the kitchen garbage daily. I had been terrible at doing my daily chores for a while, so my mom gave me this easy chore to accommodate my busy adolescent schedule. And still, I failed at it.

I remember a conversation in front of my friends about the chore one morning before we left for school. “Nicholeen, you need to take out the garbage. You haven’t taken it out for days now,” my Mom instructed me.

Quickly my excuse came to mind. “I have too many things I have to do, Mom. My mind has a hard enough time keeping up with all my classes, my job, and everything else. And, I don’t have time to take it out. If I do, I’ll be late for school and make everyone else late too,” I said.

Mom started to get frustrated at me. She had that look come across her face that said, “You are disrespecting me.” She countered my excuse with, “I guess you choose to be late then, and to make all your friends late because you’re not leaving this house until you take out that garbage.”

This was too much for me. I felt it was time to correct my mom. I responded, “Stop getting so angry Mom. You don’t even care about me. The garbage is more important to you than me. Seriously, if it’s so urgent, can’t you do it yourself? I’ll take another one out later. It’s not like we won’t have more garbage later.”

“I’m not getting angry. You’re being disrespectful. You don’t seem to care about anything but yourself. You need to do something to help around here,” my mother retorted.

I grabbed the garbage can and took it to the street, but I don’t think anyone really had a victory that day. Garbage isn’t more important than relationships.

In this scenario, both my mother and I failed at correcting each other appropriately. If only we had known these four simple rules for correcting others.

4 Rules for Correcting Others

Rule 1: Respect the family roles because this lays the foundation for strong relationships and kind communication. If roles aren’t respected, then the family relationships are in a state of dysfunction. Parents need to be respected as teachers and leaders, and children need to be respected as learners. Parents who don’t teach or correct their children are disrespecting the role of their child, and children who don’t follow the teaching of their parents are disrespecting the roles of their parents.

Rule 2: Pre-plan your corrections. Corrections create anxiety and frustration for most people because they illicit an emotional response — unless the words and system of correction are fully understood ahead of time. Parents need to teach children what words they will say to correct them every time a correction is needed. This predictability increases parent consistency and decreases child and parent anxiety about the correction. Children also need words to say to their parents for correction. In our family, we have a skill set the children know that keeps the roles in the proper alignment, but allows them to still correct adults if needed. This disagreeing skill keeps everyone in a logical mindset and feeling understood. Part of pre-planning your problem-solving skills should include role play practice so that the real teaching moments don’t seem like a big deal.

Rule 3: Don’t make excuses. In the story above, both mother and daughter made excuses for their bad behaviors. Just because a family pre-plans doesn’t mean they will be perfect all the time. After all, we’re human. So, be prepared to be humble when corrected, instead of taking the path to pride — which is paved with excuses and irresponsibility.

Rule 4: Speak in truth and soberness. Once people know who they are, who their child is, how they’re all going to problem solve, and that they’re all responsible for their own communication and behaviors, then the only part left is to focus on the truth. In the example above, both mother and daughter made hurtful assumptions about each other. These assumptions weren’t true. Understanding parents and children don’t villainize each other like that. Parents need to focus only on what’s known to be true. And when they do correct, they should only speak in truth. Soberness is a tone that accompanies the truth being taught. This soberness is not only a type of trust in the goodness of the other person, but also a calmness proving that this moment of correction isn’t a bad moment, but a good one. When a person’s emotions are sober, the truth of his or her love can be felt through the words of the correction.

Even though the way I attempted to correct my mother all those years ago was wrong, I was right about one thing. Garbage is not urgent and shouldn’t be treated like that big of a deal. Too bad back then neither of us knew a better way to handle little moments like this better.

These 4 rules of correction make correcting parents or children okay for everyone. Corrections aren’t usually people’s favorite things, but they don’t have to hurt relationships.

My wife and I agreed upon 3 basic rules for marriage about 30 years ago.This works for us. We simply don't argue about these rules.Your mileage may vary. 1, I'm always right. Example: I thought Mitt Romney was going to win the election in 2012. She thought he would not. But he did win as far as our marriage goes. Because I'm always right. 2. It is always her fault. Somebody has to soak up blame. Example: We went on a 3 week vacation. Actually 3 weeks for her and the kids, about 1 week for me. I joined them at the end. I forgot to pack my socks. Even though she had not even been in the house for 2 weeks it was still her fault. She willingly took the blame like a good wife so we could move onto borrowing socks from relatives without further drama. 3. She does exactly what she wants. The price I pay for always being right and never guilty is her absolute freedom. I want to retire, she wants to keep spending money. So I keep working. She didn't want me to fly in the F-15 when I was in the Air Force and we left the military. She wants to take me to the opera, we go to the opera. Actually it was pretty good. She wants to keep her father's 15 year old car instead of getting a new fuel efficient one, we keep the old car. She wants to fix dinner. She does and if not it is forage for yourself or fix it for her. She wants me to come to dinner right now, so this response is over.