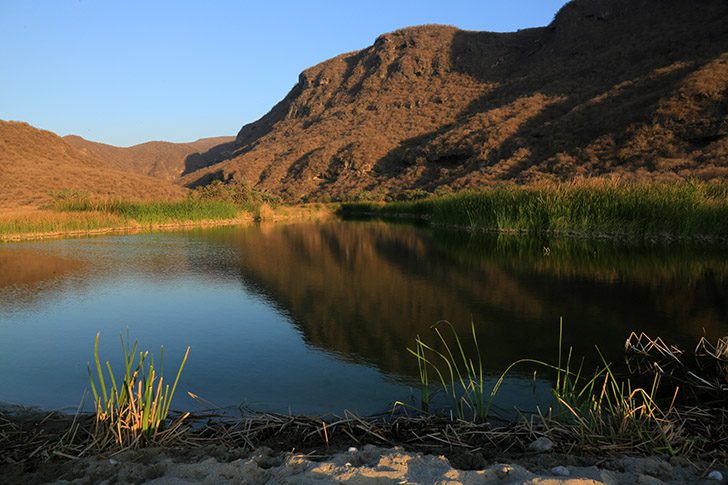 Five Groundbreaking Tools to Unlock the Secrets of Nephi’s Bountiful

Khor Kharfot on the Arabian Sea in Oman is the best candidate for Nephi’s Bountiful, meeting all 12 criteria that Nephi uses to describe the place he built the ship. Nowhere else on the coastline of Arabia comes close. Click here to learn about the twelve criteria.

This dig and future digs at Khor Kharfot are financed completely by private donations.  To support this effort (and that support is greatly needed), please click here to donate.

A team including many archaeologists spent much of the month of February there sifting the sand to discover more about this remote place and the people who have come and gone. Read all the articles reporting on this dig here, including why we hypothesize there is an Israelite sanctuary there.

Archaeology is dirty work. Join them and be prepared for digging in the dirt for long hours in the sun. Yet, archaeologists have more than stamina. Their field requires a breadth of knowledge and a whole complex of specialties. They are at the same time chemists, physicists, botanists, astronomers, historians and technicians—all these skills rolled into one to unlock the secrets of a landscape.

The archaeologist who used to get by with a topo map and some surveying tools now has access to technology and instruments not even imaginable just a few years ago.

Here are five remarkable technologies archaeologists are using to reveal the past at Khor Kharfot–the best candidate for Nephi’s Bountiful on the Arabian Sea.

Archaeologists would like to work on the sanctuary site long after they’ve left the field and now that’s possible through 3-D imaging. With markers laid out according to GPS points, technology allows us to create a complete, absolutely to scale, 3-D image of the sanctuary.

It is so precise that every individual rock can be exactly measured from the computer. Its points on the earth are exactly calibrated to their correct location. At the same time, because you can also see an image from a height, patterns reveal themselves that are not easily discernible on the ground. This matters because, of course, if the sanctuary is modeled on the Temple of Solomon, geometry and measurement matter.

Touch this sanctuary model on the computer with this program and it can be rotated and turned, analyzed and probed from every direction. To accomplish this, every square centimeter of the sanctuary had to be photographed with a 60% overlap in each photo. The quadcopter took multiple shots from the air.

The result: the archaeologists are taking the sanctuary home with them, since they can’t always be at Khor Kharfot.

Khor Kharfot has two seasons—a wet and a dry. When it is wet, it is lush and green, a breath of air that comes as surprise in barren Arabia. The photos and videos we are showing you of Khor Kharfot are taken in the dry season, so the green has mostly gone. Archaeologists go in the dry season when vegetation is dried up and archaeology, once hidden, reveals itself.

Since we first came to Khor Kharfot 24 years ago, the wadi (a river) which once made this area lush has also begun to dry, thanks to a pumping station that sends the water instead to the neighboring fishing villages. The point, is, of course, that trees and other foliage change over time.

What the archaeologists say is that, while in the wet season, the inlet is green today, in centuries past it has been much wetter and much greener. They can tell this by evidences of springs that have once run off the mountains and ancient rock walls that have been used to channel the water.

Yet, there is a way to be precise about this with pollen analysis. Archaeologists can build a record of the past, determining what plants and trees were here, even down do the quality and types of trees present at any given time. They can determine, for instance, what kind of trees were here at 600 BC when Lehi and his family were here.

The signature of plants is left in the soil over thousands of years. They can be dated to their particular time period through taking sediment samples from the strata.

Linda Scott Cummings, a paleo-botanist, talks about this in this 2-1/2 minute video.

If this is an Israelite sanctuary, two traces could have been left behind in the soils or on the rocks. The first is lamb’s blood and the second is frankincense. Both were central to worship in the Temple of Solomon.

Though it is hard for non-archaeologists to imagine, a signature of lamb’s blood protein could be left in the soil or on the rock all these millennia later, and Linda Scott Cummings, will be testing for that. Archaeologists have adopted the same technologies that investigators use at crime scenes to test for blood.

The biggest enemy for blood protein that can be tested, however, is the extreme heat. Just as everything about an egg changes when it is cooked, so does blood protein become “de-natured” and unacceptable for testing.

An obvious place where sacrifices were likely taking place is this large outcrop near the sanctuary site.

Any remaining blood protein that had not been ruined by the heat from a lamb sacrifice would be hidden away in a rock crevice and fairly difficult to find. Still we are testing.

In this 2-1/2 minute video, Cummings discusses how archaeologists test for blood protein.

Today Khor Kharfot is one of the largest drainages of southern Arabia, but in the dry season the wadi (river) is blocked by a sand bar and becomes a lagoon. Apparently in the monsoon season, sometimes that changes and the sand bar disappears altogether as the river rises and intermingles with the ocean.

While the archaeological team was there, this wadi looked all but dried up because it was the dry season and because of the earlier-mentioned pumping station. We have also seen it when it was lush and very wet all the way up the wadi as far as we could see.

What was this wadi like in 600 BC? Would it have been a place to build a ship nearby or launch it before loading it in the sea? Was it bigger? How much bigger?

How has the beach itself changed over time with changes in sea level? You can see both on the beach and under the sea that the beach has had various levels over time.

If this area was much wetter, as the archaeologists assume, what was the amount of rainfall here and how has the climate pattern changed? Through their testing, archaeologists can answer these questions. As they paint the entire context of this inlet over thousands of years, what will become clear is not just what this inlet was like over time, but, more specifically, what this was like in 600 BC.

Geoarchaeologist Joe Schuldenrein talks about how archaeologists can reconstruct an entire environment over time in this short video.

Chad Aston, who headed up security for the dig, stayed at the sanctuary site through the night to guard our equipment and work. He was asked by Schuldenrein to do something intriguing. Aston was to go out in the dark of night and drive pipes under the sanctuary rocks in four different places to collect dirt samples.

This had to be done in the dead of night because the samples could not be exposed to the light. As soon as the dirt was in the tube, it had to be immediately sealed at both ends, still in the dark.

The reason for all this clandestine activity? We are used to hearing about carbon 14 dating, but another, much newer, kind of technology is available for dating sand. It is called luminescence and is based on this principle. The last time this sand in the soil saw light, a kind of clock was set on it that can be measured.

Here is a short video where Scheuldenrein describes how this works.

What happened to the three large pictures in the article. I could not open them up. Thanks

See the brand new film about the expeditions and discoveries made at this Bountiful site LEHI IN ARABIA Watch the trailer at www.lehiinarabia.com