Finding Hidden Gems in the Gospel of Mark | Meridian Magazine 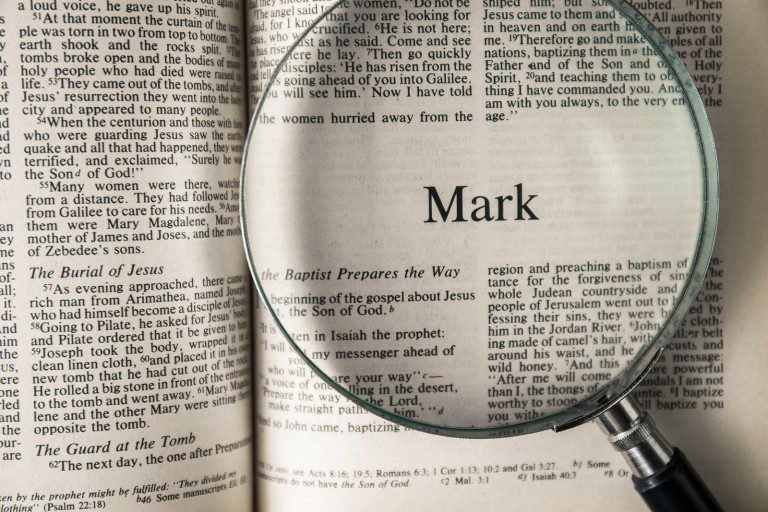 Finding Hidden Gems in the Gospel of Mark

Sign up for Meridian’s Free Newsletter, please CLICK HERE
The Gospel of Mark isn’t a natural choice as a favorite Gospel narrative, but for Julie Smith “as a believing LDS scholar, it is Mark whose shine most attracts [her] gaze, partially because its light is often ignored.” In this interview with Laura Harris Hales for LDS Perspectives Podcast, Smith points out some of Mark’s hidden gems that may be overlooked by the casual reader.

Smith maintains that the main message of Mark is the importance of discipleship. An analogy she likes to use is that to her, Mark is the stake president in California who lets a homeless family sleep in the cultural hall because he’s not much of a rule-follower kind of a guy; whereas Matthew and Luke work for CES in Salt Lake and wear a suit and would never dream of breaking a rule. That might be a little bit of a generalization, but in Mark, Jesus is very, very earthy. It’s a very human portrait of Jesus. It’s also a very divine portrait, but the human elements in some ways really stand out — particularly in contrast with the other Gospels in the New Testament. So even though a lot of the material in Mark and Matthew are similar (in some cases, verbatim), Mark often handles the material in a very different way so we get a different impression of Jesus.

Oddly, Jesus doesn’t actually say much in Mark. He is very active, but we don’t have the long sermons. There’s no Sermon on the Mount in Mark. With the exception of Mark 13 and then, to an extent, the parables in Mark 4, Jesus is mostly active. He does things; he demonstrates his authority by, for example, performing miracles — but he’s not a big talker. It’s maybe a different impression of Jesus than we would get from Matthew, which focuses more on discourses, or John with a farewell discourse. It’s a different picture of Jesus, and one that Smith thinks is important to balance the other pictures we have and are usually more familiar with.

Also, it’s a big deal in Mark that Jesus has chosen disciples. We do not see the lack of understanding of the disciples as sort of a surprise or an “Oh dear, I don’t know what’s going to happen.” No — Jesus deliberately chose people who would have a hard time understanding, and that is designed to give Mark’s audience courage and faith; they need not be perfect in their discipleship.

Smith thinks this would have been an incredibly reassuring message for Mark’s audience; an audience who is facing all sorts of challenges in the 1st century — the natural challenges of living in an ancient world with plague, disease, earthquakes, and extreme poverty like we can’t even imagine, as well as the challenge sometimes of persecution for being a Christian, whether that’s stemming from government, other religious groups, or conflicts within their biological families or community.

The message it gives to Mark’s audience, which is, to put it simply, “As long as you are willing to continue trying to follow Jesus, it’s okay if you mess up — even if you really, really mess up the way Peter does with denying and betraying Jesus.”

Smith feels like the audience is energized to preach the word at the end of the Gospel of Mark, which ends abruptly. The women are left at the tomb after the visit of a young man. There’s no appearance by Jesus. It feels like when you’re the last person on the row in the last row in Relief Society, and the clipboard comes to you. If you don’t sign up, no one’s signing up. That’s how Mark’s gospel ends. If you don’t take on the job of sharing the good news, it may not get done — in a literary sense, not a literal sense, which is exactly the right ending for Mark.

My impression of Mark is that his Gospel is very personal (rather than scholarly), as is John's. He writes of his own experiences and hopes for the Savior and his Gospel and Church.