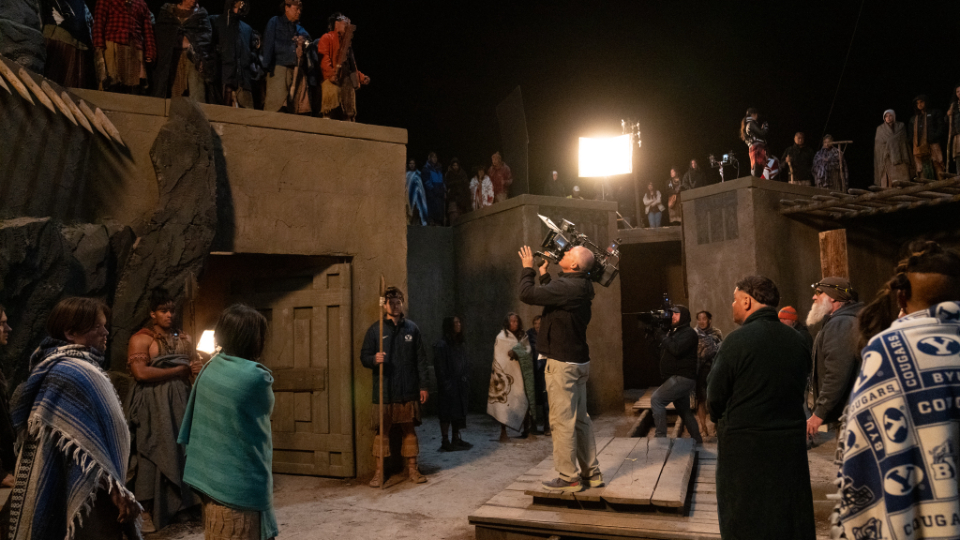 The “Book of Mormon Videos” project is nearing completion with its fifth and final season currently in production.

The project created by The Church of Jesus Christ of Latter-day Saints brings to life scriptural accounts found in the Book of Mormon: Another Testament of Jesus Christ. In total, 45 episodes are spread over the five seasons, with 11 episodes in season five.

Elder Ronald A. Rasband, of the Quorum of the Twelve Apostles, joined members of the media on Friday, June 17, in Provo, Utah where filming for the fifth season is underway.

“I think the beauty of the Book of Mormon Videos is we are hearing the actual words of the scriptures in the videos,” Elder Rasband said.

“There are many peoples and cultures around the world that are very visually oriented- and we never want to retract from reading the scriptures- but these videos complement and enhance [the scriptures].”

The series depicts the universal themes of family, faith and sacrifice through some of the sacred text’s most beloved stories. Those familiar with the Book of Mormon will see several well-known stories illustrated in season five, including Helaman and his army of 2,000 warriors, Samuel the Lamanite and Captain Moroni and the Title of Liberty.

“The power is in the stories of people going through really difficult times, which we all go through, and overcoming with the connection to each other,” said Elder Jeremy R. Jaggi, a General Authority Seventy. “That’s what I love about these films. You see the emotion. You see their trial and hardship, and it comes alive.”

Over the years, more than 1,200 cast and crew members — 200 of them volunteers — have participated in the project. Church leaders were recently on set as the production of season five started.

“I think this is going to come alive for all of us to understand a little bit more about what happened during this period. But more importantly, we’re going to be able to liken the scriptures to ourselves,” said Young Women General President Bonnie H. Cordon.

She also said she is excited for the youth of the Church to watch the series.

“I think it will be a fabulous resource for all of us — but especially the youth — as they have a chance to use this in so many settings,” President Cordon said.