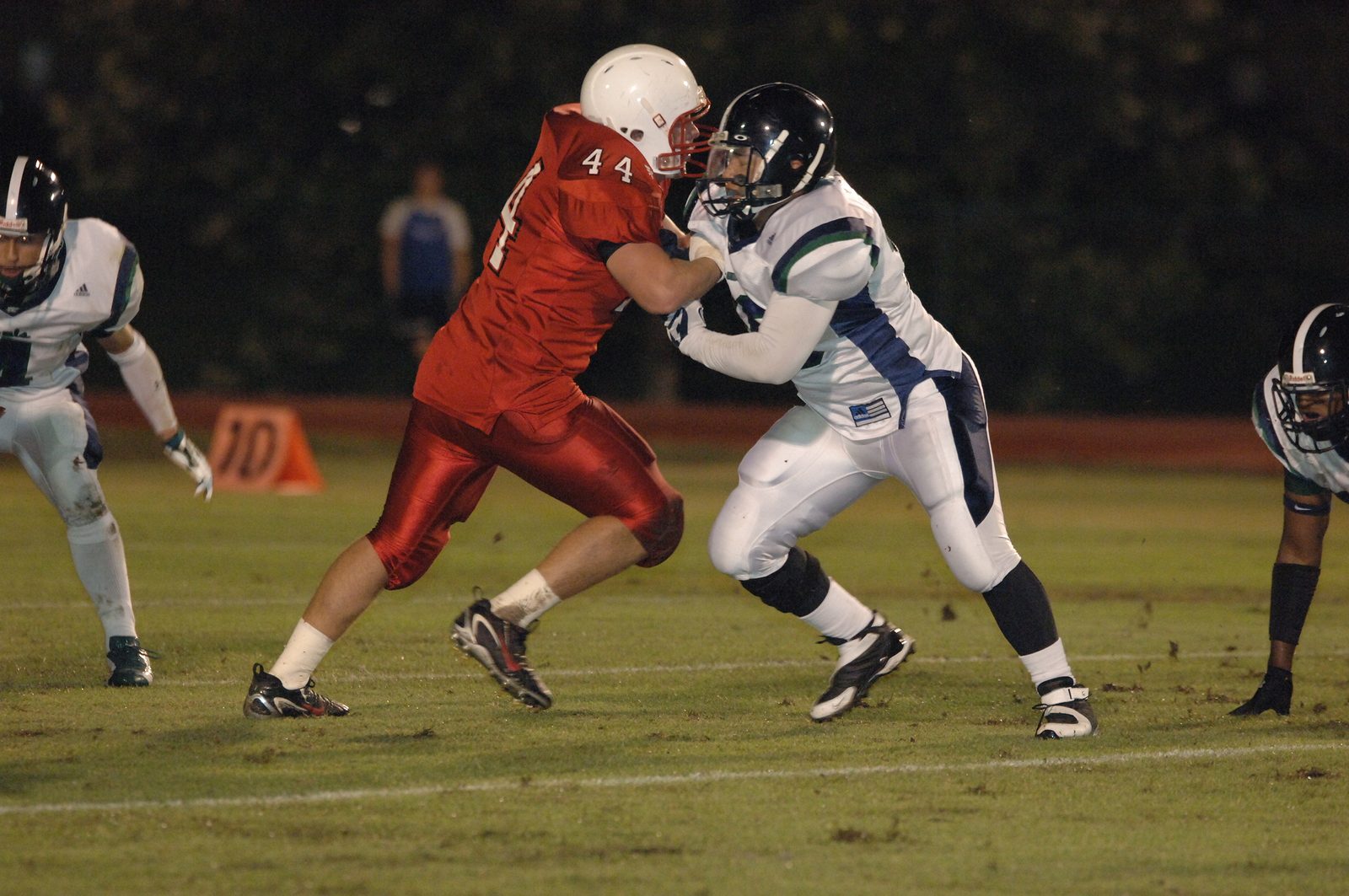 According to an old saying, everyone will have fifteen minutes of fame sometime in their life. When I was in high school, I hoped, with luck, to find mine in football.

Our high school offensive line coach was a great man, but he had a bit of a temper and lots of colorful language. He was also very strict in his discipline and in his expectations. If a player was ever responsible for a penalty, Coach pulled the player out for a while.

Since no one liked to be pulled out, we all tried hard not to make mistakes. In addition, I had just met a new girl I liked, and I hoped to impress her. She couldn’t make it to our first game, so she and her mother promised they would listen to the play-by-play broadcast on the radio.

In the third quarter of that hard-fought game, we had a very slim lead with the ball deep in our own territory. Our coach chose to go with a pass play. Our line held well, giving our backs plenty of time. Our quarterback made a great pass, and our receiver made a perfect catch and ran all the way for a touchdown.

But the play was called back. To my surprise, I was assessed a five-yard penalty for being too far down field. I was shocked because I felt I was simply making allowed blocks.

But Coach, true to form, pulled me out. During the next two plays, he lambasted me while our quarterback was sacked each time, dropping us back another fifteen yards. We were fourth down with thirty yards to go and less than ten yards out from the goal line behind us. By this point I was so mad I could hardly contain myself. I felt I hadn’t really made a penalty, and then to have Coach yell at me was almost more than I could take.

Coach called a time-out and gathered us around. “Howard, what play requires the most out of you?” he asked.

I knew he already knew the answer, but I answered anyway. “A guard trap play.”

“Because everything depends on me pulling out and cutting off any defensive men coming to the outside.”

“That’s right,” Coach said. “And that is exactly the play we are going to run. And do you know why?”

“Because it will give you a chance to redeem yourself from your #@*& foolishness. The foolishness that cost us a touchdown. So, Howard, do you know what I expect?”

“I expect a touchdown on this play,” Coach replied. “Not just a #@*& first down and not just a nice run, but a touchdown. Is that understood?” I nodded, so he turned to the others and continued. “And if we don’t get it, Howard will warm the bench by me for the rest of the season.”

If I was mad before, I could hardly see straight now. The crowd was shocked when we lined up to run instead of to punt. When the ball was snapped, I pulled out and hit the cornerback so hard I laid him out flat. A linebacker came to stop the run, and I did the same to him. Our ball carrier was right behind me, and there was only one more defender. I took that defender out with a perfect down-field block, leaving our ball carrier with a free run all the way to the end zone.

As we came off of the field following the point after attempt, Coach grabbed me by the face mask. “Howard, you are the luckiest *#&@ in the world.”

We won the game, and that touchdown play was the talk of the night. I hoped the girl I liked had heard it. The next day, I went to visit her. I asked her if the radio announcer had described my incredible play. She nodded enthusiastically.

“And we could hear your team’s excitement because the radio announcer was right by them.”

“Yeah,” her grinning mother chimed in. “And we couldn’t miss your other fifteen minutes of fame during the two previous plays as your coach described you to the world in the most colorful adjectives I have ever heard.”

I just hope that, someday, I will get a shot at a better fifteen minutes of fame.