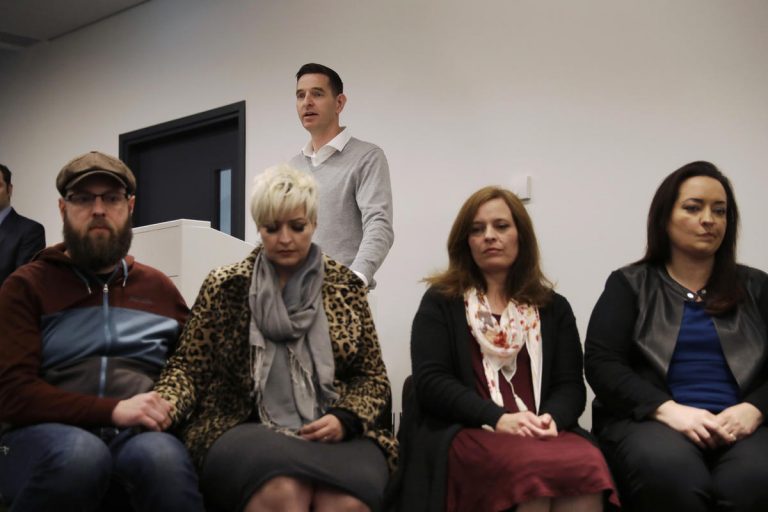 LONDON— The family of an injured Utah woman and her husband who was killed in the terror attack on London’s Westminster Bridge say they hold no ill feelings toward the man responsible, but instead are focusing on the love and closeness within their family.

Gathered at New Scotland Yard in London for their first press conference since the attack last week, 13 family members of Melissa and Kurt Cochran said Monday their daughter and sister is healing as the world learns about her husband, a man they described as “larger than life.”

Clint Payne, Melissa Cochran’s brother, said the family is following what they think Kurt Cochran’s example would be in not fixating on any negative feelings toward the attacker.

“For those of us who knew Kurt in life know that Kurt would not bear ill feelings toward anyone, and we can draw strength as a family from that,” Payne said. “His whole life was an example of focusing on the positive. Not pretending that negative things don’t exist, but not living our life in the negative, and that’s what we choose to do also.”

The family described the kindness and love that has flowed in since the attack. Payne also shared a message of thanks from his sister, who he said has been regaining strength and is “steadily improving” since her family joined her in London.