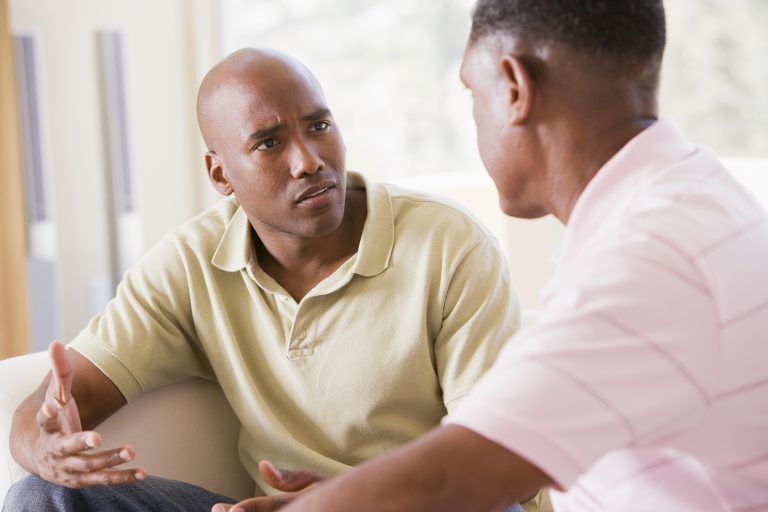 We live in an era of sharp division, harsh words, and violent flare-ups. We see it in the streets and sometimes in our own families. Somehow, we have forgotten how to agree to disagree. Instead of fact-finding when we encounter someone with a different view, there is fault-finding. Someone’s differing view suddenly defines the person. Hatred of an opinion has become hatred of the person who holds it.

We seem to have forgotten “hate the sin but love the sinner” as our society sinks into personal attacks and cancel culture. Why must our dislike for a political position have to become dislike for the person who holds it?  Do you dislike people of other faiths?  Folks who cheer for other teams? People who like the mountains whereas you prefer the beach?  We need to accept the challenge to respect that your neighbor or your dentist or whomever voted for the other person and you can still be friends.

Some might say the stakes are too high. They can’t afford to be kind to someone whose vote could ruin the country. Really? Is that how Jesus saw it?  Instead, why not befriend this person and then both of you could learn how the other person thinks?  You could share information, maybe even figure out a compromise that restores peace.

One thing is for certain: Even if you’re right, you’ll never convince the other person if you’re spitting acid at them. Human nature demands that they dig in their heels and fight back. Even those who may have been persuaded with a kind, logical explanation, are now insulted and angry, going to war against you.

The solution is to ask questions. Find out why they believe as they do. And not in a smirking way, but with genuine curiosity, even love. You value their views and want to understand. We do much better with this method. Asking questions without trying to prove them wrong is powerful. It says you want to know how they feel, to understand them and appreciate their thought process.

A good way to diffuse a fight is to find common ground. Often we have shared values (we all want education, health, jobs, safety, respect); we just have different ways of solving a problem both of us care about. Frequently, when both sides realize the other person is not a complete jerk and they actually want the same things we do, the conversation can stay a conversation.

Usually, we’ll discover that we are each starting with different givens, different information, even a different view about the world. But we can accept that someone else sees things differently, and address them with respect for their right to freely choose how they do this. We’re much more likely to get respect in return when we use this method.

People think in different ways. Some people need reams and reams of studies and facts before they’ll form an opinion. Some love logic. Some are emotional thinkers and do what feels good at that moment.

Often those who are quick to choose what looks compassionate, are unaware that people on the opposing side may also feel compassion, but simply disagree about how to best apply it. For example, a child may think their parent has no compassion because they aren’t allowed to eat candy for dinner. The parent looks harsh and mean to them. Yet we all know that just because a parent doesn’t placate their child’s every whim, doesn’t mean they’re cruel. Ensuring that kids eat vegetables is caring.

Whatever way the other person thinks, we need to be courteous and resist name-calling and angry outbursts. We do our side no favors when we behave crudely—it gives the appearance that “our side” is filled with uncivilized boors.

Remember the dating advice we all got, to watch how your date treats the waiter, the janitor, and others?  Well, this applies to more than dates. How do you treat the people you’re not trying to curry favor with? If you don’t treat them with warmth and respect, then you might not be a nice person.

Manners matter. Period. They grant dignity to others, and—what too many have forgotten—dignity to self.  You cannot be taken as seriously if your first reaction is to attack or call names. You look childish. It’s much better to take a breath, see the child of God inside this person with an opposing view, and seek first for understanding.

To illustrate Voltaire’s beliefs, Evelyn Beatrice Hall once wrote, “I disapprove of what you say, but I will defend to the death your right to say it.”  This rings true with us because we value agency and freedom. There are those who would silence dissent, but we need it. Censoring civil discussion in the public square is a dangerous step toward the crumbling of a society. We need freedom of speech and must defend it, even when people disagree with our views. We also need it because every one of us will be on an opposite side at some point, and mustn’t be muzzled.

Stepping away from politics, this method works in any disagreement—a marital quarrel, an argument in a company, even playground spats. We need to take the high road and resist the current trend to hate those who see things differently.

President Dallin H. Oaks has said, “Following Christ is not a casual or occasional practice, but a continuous commitment and a way of life that applies at all times and in all places.”  I believe this would include the internet, the workplace, school, the neighborhood, and within the walls of our own family home.

(Many thanks to our eldest son, Richie, for his contributions to this article.)

Hilton’s book, A Little Christmas Prayer, is the perfect Christmas gift. Sometimes it takes a child to raise a village, and this tale teaches anyone, of any faith, the magic of gratitude. All her books and YouTube Mom videos can be found on her website.