Exploring Race Issues in the LDS Church: A Discussion with the Genesis Group | Meridian Magazine 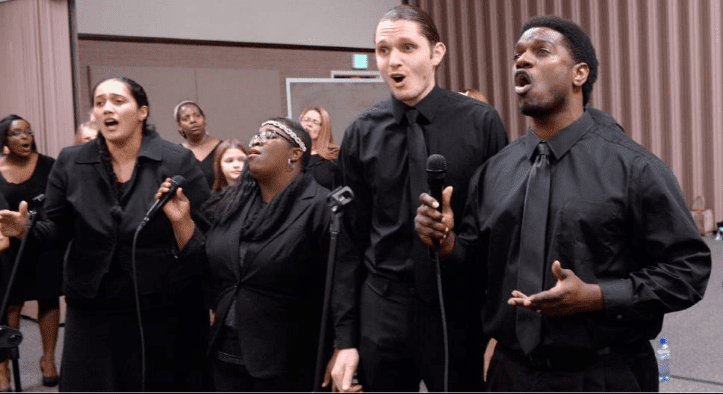 Exploring Race Issues in the LDS Church: A Discussion with the Genesis Group

Don Harwell, Eddie Gist, and Wain Meyers make up the current Presidency of the Genesis Group of The Church of Jesus Christ of Latter-day Saints. The Genesis Group was started in 1971 as a dependent branch of the LDS Church with the charge to fellowship and meet the needs of a growing number of African-American members. It was considered “dependent” because members were dependent on other members for the priesthood.

This policy changed in 1978 under Church President Spencer W. Kimball.

After the 1978 policy change (Official Declaration #2), Genesis Group numbers began to dwindle as black members were integrated more fully into local congregations. However, in 1996, LDS Church leadership re-organized the Genesis Group as a support effort for the needs of a growing and diverse worldwide church.

Today the Genesis Group meets on the first Sunday of every month in Salt Lake City. In recent years, the membership has grown to over three hundred members of all ethnicities. Many come to experience a less traditional and some would say more fun Mormon worship service. The Genesis Group also hosts a gospel choir that tours and performs at local events.

Although the Genesis Group is the only official auxiliary of its type, other informal groups have been formed in scattered urban centers around the globe in order to offer similar support.

The history of race issues and the LDS Church is complex. To address the questions some have had about this issue, the LDS Church published an essay entitled “Race and the Priesthood.” It describes some of the history on this topic, from the first African-Americans ordained to the priesthood under first Church President Joseph Smith Jr., to the ban instituted under second Church President Brigham Young, to the current policies and doctrines.

In this episode of the LDS Perspectives Podcast, host Nick Galieti, the Genesis Group presidency, and their wives discuss their lived experience with race and the LDS Church.

Tune in for this delightful discussion as perspectives on the priesthood and temple ban are shared by faithful members who were affected by the restriction.

Check out to the resources referenced in this podcast at LDS Perspectives.