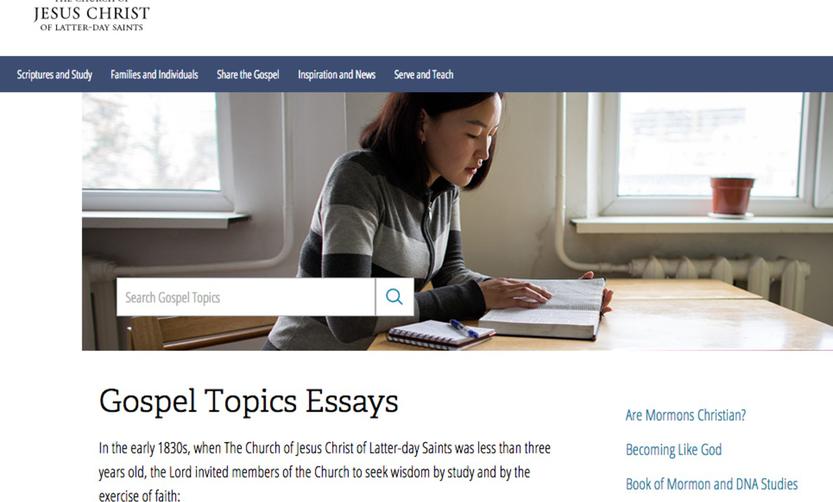 Most Mormons haven’t read the 11 clear-eyed essays published by their church on 11 complex topics in the faith’s history and doctrine, like polygamy and the differing versions of the First Vision.

Many haven’t even heard about them, but that’s about to change, beginning in January with additions to the Sunday School lessons in 20,000 congregations in North and South America.

Mormon leaders drew widespread praise for what are known as the Gospel Topics essays soon after they first appeared in November 2013. But some in and out of the church who appreciated them felt their potential positive impact on congregational conversations about, say, the former ban on blacks holding the priesthood, was blunted by the way the essays rolled out one or two at a time without fanfare amid a maze of other content on lds.org.

What the official Church Historian and Recorder, Elder Steven E. Snow, described as a “soft launch” left room for a small group to question whether the essays were official — each was approved by the First Presidency, the faith’s highest governing body — while the majority of Mormons in the pews didn’t know they existed.

The soft launch was deliberate. The essays had a practical purpose, leaders said. They intended the essays to help people find official answers to questions they might have when researching a specific topic online. And they were also meant to be widely used over time.

The new materials will now be integrated into everyday church teachings for teenagers, at the faith’s colleges and in Sunday classes.