Equality and Fairness: Re-establishing the Common Good Through the Principle of Compromise « Meridian Magazine 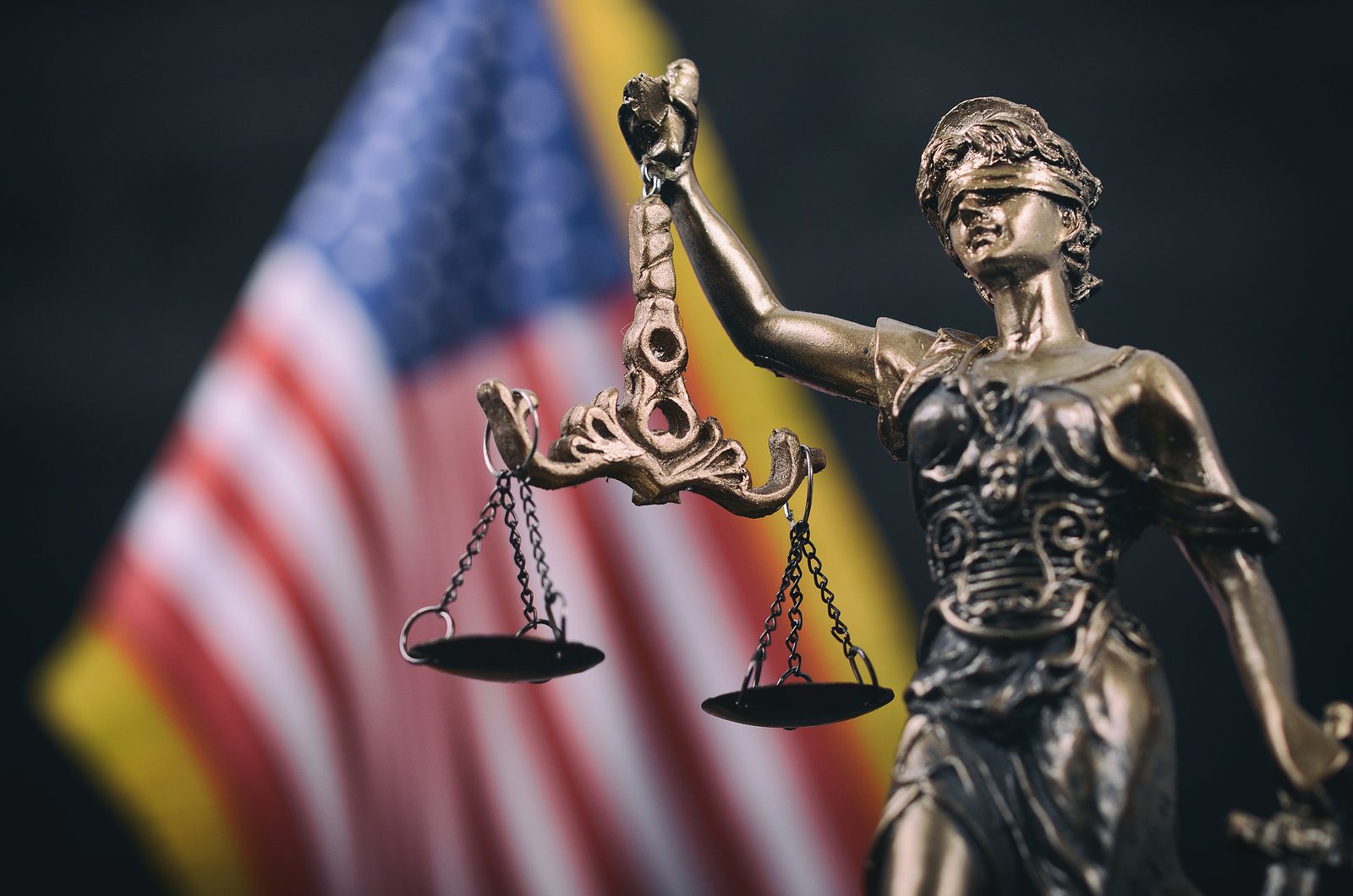 Equality and Fairness: Re-establishing the Common Good Through the Principle of Compromise

In 1976, Ronald Reagan gave a speech to a deeply divided Republican Party addressing the challenge found in bringing together people with diverse perspectives and goals. Henry Olsen, a senior fellow at the Ethics and Public Policy Center, points out that Reagan understood that bringing these groups together would require “compromise and rejecting ideology. Both sides would have to address the other’s major concerns and put aside differences in the name of the common good.”

It’s hard to find individuals, including politicians, that are willing to put aside differences in the name of the common good. For too many, compromise represents a failure to uphold principle. There is too little respect and too much distrust between contending factions, all of which leads to policy-making that lacks buy-in from the minority party. The high cost of elections also keeps politicians in a permanent campaign mode which exacerbates the partisan divide. In their essay, “Valuing Compromise for the Common Good,”authors Amy Gutmann and Dennis F. Thompson point out that the “permanent campaign has made compromise more difficult to achieve, as the uncompromising mindset suitable for campaigning has come to dominate the task of governing.”

Our government wasn’t made to work this way. The late senator from Utah, Wallace Bennett, pointed out that every issue addressed by Congress “represents a conflict of interest between groups or forces within our society or our economy. Those who talk of “‘principle’ in this context really mean ‘interest’ – their self-interest.” Politicians frequently espouse finding common ground, a lofty and aspirational goal that is almost impossible to attain when defending interests cloaked as principles. Gutmann and Thompson invoke the common good which is best served by classic compromise:

Classic compromises serve the common good not only by improving on the status quo from the agreeing parties’ particular perspectives, but also by contributing to a robust democratic process. The goods in a classic compromise are not all held in common; yet all parties benefit from the compromise and value the process by which it is reached. The agreement itself demands the sacrifice of some goods that each party believes should be, but are not, shared.

The Equality Act (HR5) does not serve the common good as it lacks buy-in from opposing interests. It promises to help LGBTQ individuals who have suffered from unfair treatment. So far so good. But it also promises to strip women and religious institutions and adherents of constitutionally guaranteed freedoms in a way that is sure to heighten tensions and inflame passions. Supporters of the Equality Act claim it defends the rights of women. However, the act dismantles protections for women which are based on immutable biological differences between the sexes.

For instance, it is women that menstruate, give birth and breastfeed. It is also women who are more likely to experience sexual assault. Anti-discrimination laws have protected the unique needs of women by ensuring safe spaces and rights to privacy. It was Title IX that guaranteed that federal funds would equally benefit men’s and women’s sports. Instead of protecting women’s privacy, safety, and athletic opportunity, the Equality Act erases these hard-won rights. There will be no safe spaces, no recognized claims to privacy, nor protected distinctions in athletic competition under the Equality Act.

Perhaps proponents of the Equality Act are willing to overlook the harm done to women because the act will codify Roe v. Wade: “Pregnancy, childbirth, or related medical condition shall not receive less favorable treatment than other physical conditions.” The term, “related medical condition” as part of the Pregnancy Discrimination Act, is code for abortion. According to legal scholar, Erika Bachiochi, “the drafters of the Equality Act have written into the bill a new free-standing prohibition on pregnancy discrimination…which requires that abortion be treated no differently than other physical conditions.”

The act likewise inflicts injury upon religious organizations and institutions. It broadens federal nondiscrimination protections to include sexual orientation and gender identity, which is fair and appropriate, but it also dramatically expands the definition of public accommodations. Doing so impacts “any establishment that provides a good, service or program.” It also guts the Religious Freedom Restoration Act as a protection from government interference in an individual’s or organization’s free exercise of religion.

The fear is that the Equality Act would force religious charities, such as adoption agencies, to violate church teachings regarding marriage and parenting. Conscience protections that allow religious individuals to decline performing abortions or gender transition therapy would be abolished. Religious schools could lose their tax-exempt status.

Appealing to the principle of common good, and building upon the 2015 Utah compromise legislation that protected LGBTQ rights and religious freedom, Representative Chris Stewart introduced the Fairness for All Act (FFA) in 2019. The FFA is supported by a coalition of religious organizations and LGBTQ rights groups that recognize that compromise is possible among people of goodwill in a just society.

However, many organizations have criticized the FFA as “well intentioned but misguided.” While it admirably protects both LGBTQ individuals and religious organizations and institutions, it fails to fully defend the rights of individuals of faith, giving the impression that First Amendment religious freedoms only apply to organizations and institutions, not ordinary citizens. The FFA also joins the Equality Act in failing to protect women’s privacy and safe spaces as well as athletic opportunity.

Both the Equality Act and the Fairness for All Act are critically flawed in failing to adequately protect the following:

· Workers from discrimination based on legal expression or expressive activity inside and outside of the workplace regarding religious, political, or personal convictions around sex, sexuality, personal identity, marriage, and family. FFA does attempt to protect expression. However, those protections are narrowly tailored and highly subjective, leaving individuals exposed

· Workers from employer requirements to make statements or oaths of allegiance, or take actions in support of particular belief systems

The Equality Act merely substitutes one marginalized group for another. University of Virginia law professor, Douglas Laycock, says “It protects the rights of one side, but attempts to destroy the rights of the other side…We ought to protect the liberty of both sides to live their own lives by their own identities and their own values.” On the other hand, the Fairness for All Act, which admirably seeks compromise, also falls short.  While protecting religious organizations and their affiliates, the FFA fails to provide any meaningful protections for religious individuals, including professionals, in business or in the public square.  In addition, the Fairness for All Act fails to adequately define discrimination against LGBTQ individuals. This means those who simply voice disagreement with same-sex behavior, same-sex marriage, gender transition therapy for minors, or use incorrect pronouns could be accused of discrimination.

There is, however, a glimmer of hope. A recent report by the Women’s Liberation Front (WoLF), a liberal feminist organization, reveals that in national and statewide polling in California, Idaho, South Dakota, and West Virginia, U.S. voters overwhelmingly support both anti-discrimination laws and sex-based protections, and religious liberty. It is clear that there is more agreement among the general population than politicians would like to admit or upon which they are willing to act. This means there is room for real compromise.

So far, Fairness for All represents the only attempt to recapture the principle of compromise in eliminating discrimination against LGBTQ individuals and protecting religious liberty. For that alone it should be applauded, but it has not achieved the desired standard of being “fair to all.”

Wallace Bennett explained that the true meaning of the word “compromise” is “a mutual promise.” It is time for people on each side in this challenging divide to seek the common good and secure a mutual promise of true equality and fairness. Seeking the common good can and will include the elimination of discrimination against LGBTQ individuals, the protection of the hard-fought rights of biological women, and a robust defense of First Amendment liberties including religion.