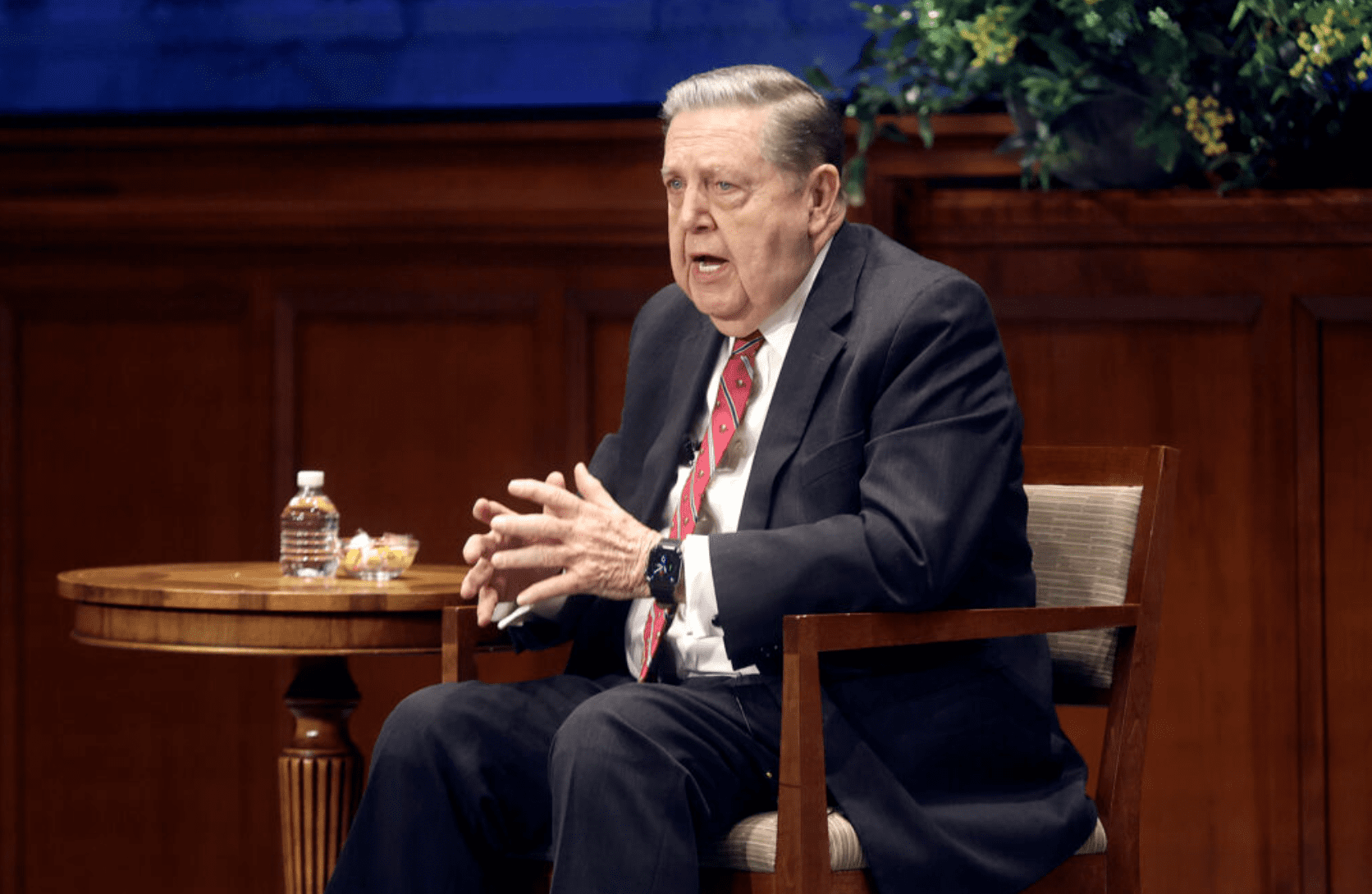 For full-time missionaries of The Church of Jesus Christ of Latter-day Saints, divine companionship should be considered on at least two levels, explained Elder Jeffrey R. Holland of the Quorum of the Twelve Apostles.

First is the actual pairing of two elders or two sisters. “Every missionary companionship ought to be a brotherhood or sisterhood that is truly divine — sweet, sensitive, kind and unforgettable, bathed in the Spirit of the Lord,” he said, adding that any disunity or division offends the Spirit and cripples the work.

The second level is that every missionary companionship should have the Holy Ghost as the third companion, taught Elder Holland in a worldwide missionary devotional.

He called three “a sacred number in the mathematics of the gospel” — such as the Godhead, the First Presidency, the three degrees of glory and the three witnesses of the Book of Mormon. “Three is a wonderful number in witnessing of God’s work,” he said, adding that every companionship, in its quest to be effective and divine, should expand to include the Holy Ghost as the third member.

The prerecorded devotional was broadcast Thursday, April 15, on the missionaries’ online portal, conducted by Elder Marcus B. Nash, a General Authority Seventy and executive director of the Missionary Department. The devotional was taped earlier in a Church Office Building meeting room, with a handful of missionaries from the Utah Salt Lake City Mission in attendance.