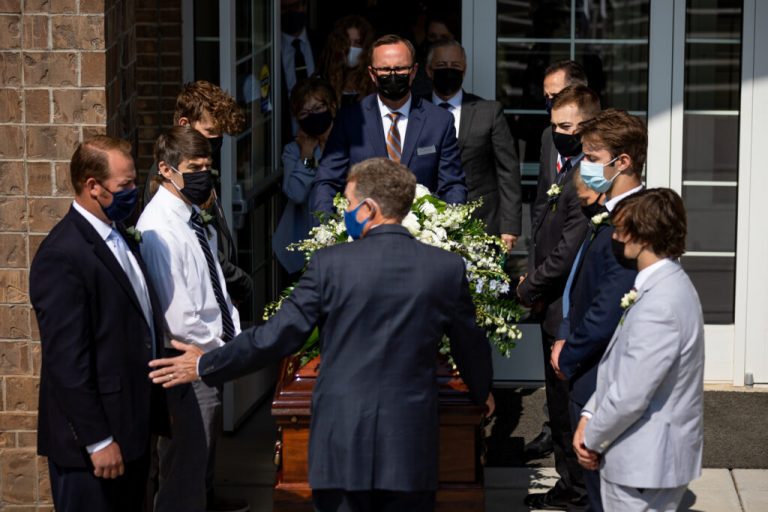 “Dean’s contributions to the Church and to the people throughout the world cannot be overestimated. He was tireless in his ministry, even as he battled cancer.”

It was President Nelson’s first public appearance since the onset of the COVID-19 pandemic.

“Dear children and grandchildren and those yet to come,” President Nelson said, “as you face your future, you can depend upon the rock solid testimony of this great patriarch, this exemplary, noble and humble man: Elder Dean Myron Davies.”

President Oaks said the members of the First Presidency have a combined 100 years experience of working closely with and knowing Elder Davies.