Did Joseph Smith 'Translate' the Book of Mormon? | Meridian Magazine 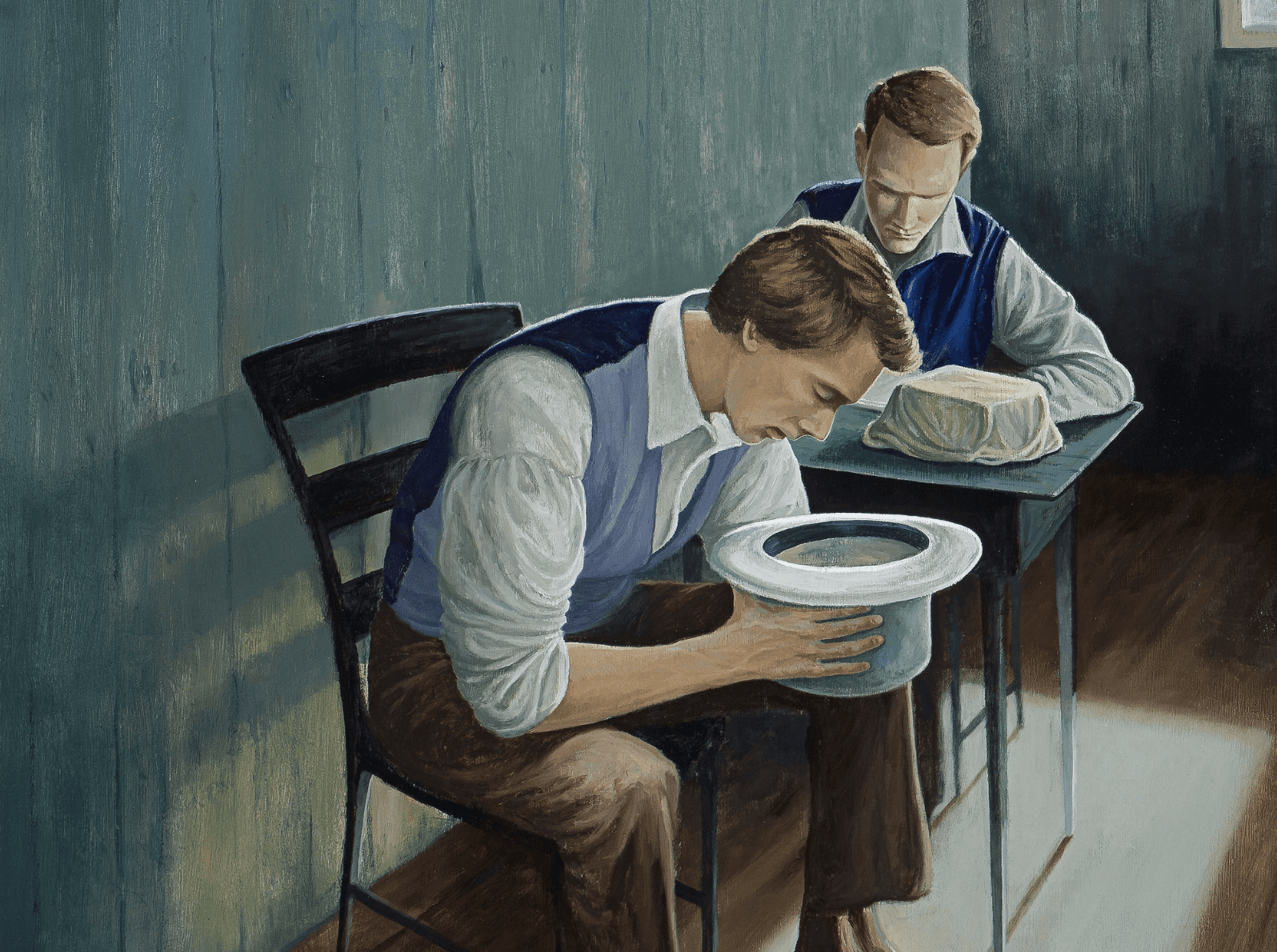 Did Joseph Smith ‘Translate’ the Book of Mormon?

Cover image: “Gift and Power of God” by Anthony Sweat.

For most of my life I have been confused about how Joseph Smith translated The Book of Mormon. But thanks to scholars who assembled the Joseph Smith Papers, others like Professor Royal Skousen, my own experience typing The Book of Mormon and The Pearl of Great Price, and recently by reading Saints, The Story of the Church of Jesus Christ of Latter-day Saints, 1815-1846, I understand the word translate more clearly.

I will share what I have learned to help anyone else who feels confused about Joseph’s role in bringing forth latter-day scripture. I hope the facts will serve to inoculate members and investigators young and old against believing and passing on misinformation. Knowing the truth that Joseph translated according to the pattern of the Lord, as prophets did in the past and as prophets will in the future, will prepare coming generations to accept additional scripture as it is revealed. (See Article of Faith 1:9).

As you know, the process of translation is tedious and scholarly. Just to transfer basic thoughts accurately from one language to another takes training, time, and skill, and the Prophet Joseph did far more than transfer basic thoughts. He dictated in elegant prose, complex poetry, consistent doctrine, and in unique vocabularies for scores of individuals. (You can read these vocabularies in my book, The Book of Mormon is True.)

I have found a common theory assumes the words in the Book of Mormon are Joseph’s, not because he authored them but because he translated them. Some think if a different prophet had translated the Book of Mormon, the stories and doctrine would be similar but differ in vocabulary and phraseology because the translating would have flowed through another prophet’s education, intellect, personality, and culture.

Further, the word translate needs be defined as understood by the Lord, the Nephites, and Joseph Smith. To them, translate did not mean to render or change text from one language to another but rather to receive revelation. For example, when King Limhi asked Ammon if he knew someone who could translate, Ammon answered: “I can assuredly tell thee, O king, of a man that can translate the records; for he has wherewith that he can look, and translate all records that are of ancient date; and it is a gift fromGod. And the things are called interpreters, and no man can look in them except he be commanded…. And whosoever is commanded to look in them, the same is called seer” (Mosiah 8:13; italics added). King Mosiah did not translate by learning a foreign language but by acting in the office of seer.

Prophets, seers, and revelators throughout history have received communication from God and were directed to write what they saw and heard. Other times they were given interpreters—a Urim and Thummim or seer stones—to enable them to receive revelation. However God chooses to communicate, it is “a gift from God,” as Ammon put it, and “the gift and power of God,” as Moroni wrote on the title page of the Book of Mormon, as Amaleki said in Omni 1:20, and as the Prophet Joseph said repeatedly.

The Lord confirmed this definition when he commanded Joseph to translate the Bible (see D&C 45:60; D&C 93:53). Did the Lord provide Joseph with original documents written in Hebrew, Aramaic, or Greek? No, Joseph translated using the Bible he had access to, the King James Version. “Because ‘many plain and precious’ truths were lost from the Bible over the centuries (1 Nephi 13:28; see also Moses 1:41), the Lord commanded Joseph Smith to make an inspired revision of the Bible, known as the Joseph Smith Translation” (Come, Follow Me, 12, italics added). Joseph, functioning in his office as seer, emended, revised, clarified, and organized. I believe this is what “translated correctly” means in the eighth article of faith—either correct as it came from the original writer or as revised by a seer.

There is more. Joseph and Oliver completed The Book of Mormonin about sixty-five working days, which averages out to eight pages a day, a seemingly impossible pace. In 1604, when King James commissioned a new translation of the Bible, he appointed forty-seven scholars. They finished seven years later, in 1611. True, the Bible is three times longer than the Book of Mormon, but there were forty-seven professionals working on it. Also, King James’s scholars had the advantage of studying other English translations to help them. Experts today report that 90% of the King James Version came from William Tyndale’s work.

And there is more. The theory that Joseph translated in the sense that he deciphered or rendered Reformed Egyptian, the language of the Book of Mormon, into English does not correlate with eyewitness accounts. According to Professor Royal Skousen, “all [eyewitnesses believed] that Joseph Smith actually saw words in English, and there is evidence in the original manuscript to support this idea.” Two of many scholarly indicators are:

Joseph did not learn to read Reformed Egyptian or any other foreign language. He did not translateby deciphering an unknown alphabet. He did not translate from one language to another. What he did was receive revelation in the only language he knew, English. “Joseph Smith and his scribes wrote of two instruments used in translating the Book of Mormon. According to witnesses of the translation, when Joseph looked into the instruments, the words of scripture appeared in English” (lds.org/topics/book-of-mormon-translation?lang=eng). Joseph read out loud and his scribes wrote.

From Saints, The Story of the Church of Jesus Christ of Latter-day Saints, 1815-1846, we learn: “Joseph and Oliver started translating. They worked well together, weeks on end, frequently with Emma in the same room going about her daily work.24 Sometimes Joseph translated by looking through the interpreters and reading in English the characters on the plates. Often he found a single seer stone to be more convenient. He would put the seer stone in his hat, place his face into the hat to block out the light, and peer at the stone. Light from the stone would shine in the darkness, revealing words that Joseph dictated as Oliver rapidly copied them down.25”

I think of a seer stone as similar to a cell phone screen. Antagonists make fun of the fact that Joseph translated, in his wife’s words, “sitting with his face buried in his hat, with the stone in it, and dictating hour after hour with nothing between us” (Last Testimony of Sister Emma [Saints’ Herald 26 (Oct. 1, 1879), 289–90]). I believe this is like trying to read a text in bright sunlight. It is possible Joseph put the seer stone into a tall hat to block the light so that he could read the text more easily.

The word translate is going to continue with us; it’s scriptural. My hope is, however, that when you read or hear translate in your personal study, you will think received by revelation. When Joseph explained how he dictated the Book of Mormon, produced the inspired revision of Genesis, organized and corrected Matthew 23–24, or received the book of Abraham, he used the inclusive phrase “by the gift and power of God.” This statement includes any and all ways God chooses to communicate with His prophet—on any day, at any hour, in any year, on a mountaintop, in a wooded grove, via a burning bush, while pondering scripture at home.

God may communicate His words through a Urim and Thummim, seer stone, open vision, dream, or revelation from the Holy Ghost. This gift comes to His authorized servant “through the mercy of God, by the power of God” (D&C 1:29; italics added). Joseph and other seers—past, present, and future—are blessed with “sight [to receive by revelation] that which [is] sacred” (D&C 3:12; italics added).

Good points. I would point out, however, that the translators of the King James Version were specifically instructed to use the words of the prior translation unless they were wrong, so that they could not be accused of making political changes. This means that the entire work had to be translated, to verify that the prior edition was indeed correct.

Fantastic article! Thanks so much!