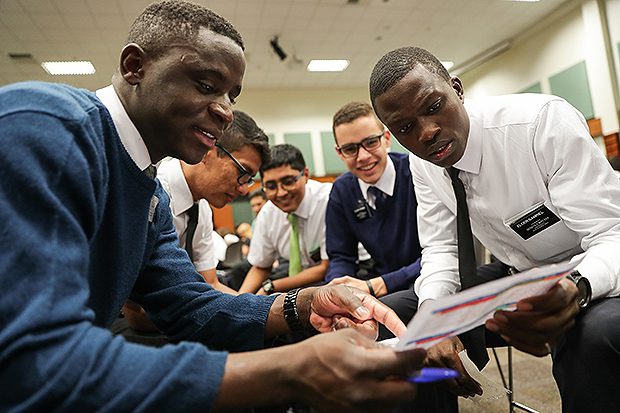 With the closing of four of The Church of Jesus Christ of Latter-day Saints’ missionary training centers in Spain, Chile, Argentina, and the Dominican Republic, one might expect a subsequent decrease in the number of missionaries being trained at international locations.

However, more missionaries have been trained outside of the flagship Provo Missionary Training Center for several years—and that trend is expected to increase this year and in years to come.

Elder Brent H. Nielson, a General Authority Seventy and Executive Director of the Church’s Missionary Department, points to the size and potential of several of the largest international MTCs—specifically the Mexico, Brazil, and Philippines MTCs, along with the one in Provo, Utah.

“These four have great capacity,” he said.

During the recent MTC Leadership Seminar for the new presidents and companions serving in the Provo, Mexico, Brazil, Philippines, and New Zealand MTCs, Elder Nielson noted that those five centers collectively would be training 75 percent of this year’s projected 40,000 new missionaries.

With its roots dating back to the Language Training Mission of the early 1960s, the Provo MTC has a capacity of hosting 4,800 missionaries at a time, ending up having trained nearly 20,000 during 2018.

Operating since the late 1970s, the seven-story Brazil MTC in São Paulo has a capacity of 626 and trained 4,068 last year.