Demographic Decline – What’s Causing It, and How We Can Reverse It | Meridian Magazine 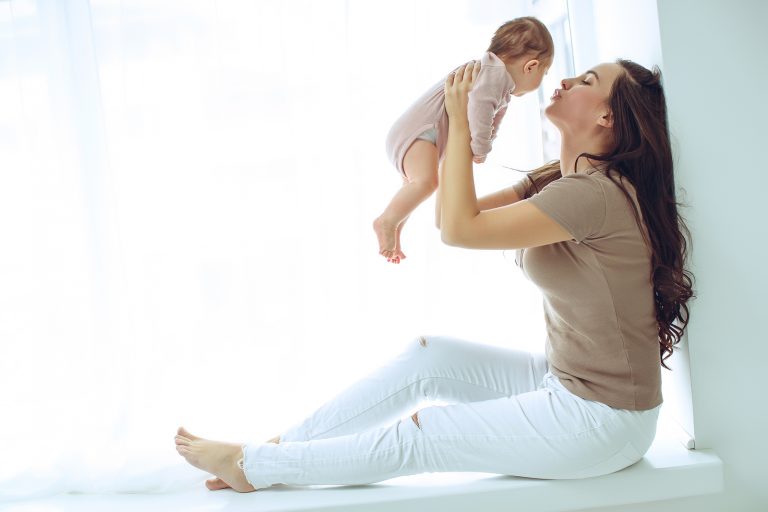 Demographic Decline – What’s Causing It, and How We Can Reverse It

The following article is based on remarks presented by United Families International President, Wendy Wixom, at an online and in-person conference held in Hungary May 27-29, 2021 regarding “Demography and the Culture of Relationships between Couples.”

The dystopian novel-turned-movie, “The Children of Men,” depicts a world where two decades of human infertility left society on the brink of collapse. In a world filled with violence, selfishness, constant migration, and war, the movie’s protagonist is tasked with protecting the world’sonly known pregnant woman and ushering her to a place of safety.

I remembered the story when I read this quote from Hungarian Minister, Katalin Novák: “Europe has become the continent of the empty crib.”

It might surprise you to know that most women in the world are having fewer children than they desire. Studies indicate that on average women would like to have 2.7 children, but most have only 1.8 children[i]. In studying demographic decline we often ask, “Why aren’t people having children?” But perhaps, the more accurate question is “Why are people not having the number of children they desire?”

We can better understand this paradox by examining two factors: cost and culture. Individuals are confronted with a combination of hard costsand opportunity costswhen bearing and rearing children.

The hard costs of having kids

It costs a lot of money to have a child! The current estimate for raising one child to the age of 17 ranges from $172,200 to $245,460. However, earlier generations managed to raise large families without the financial anxiety we see today. Although some things have certainly changed, much of today’s angst about the cost of raising children may be a result of unrealistic expectations regarding what it takes for a child to have a comfortable and successful life.

The opportunity costs of having kids

If a two-parent working household is a norm, or a necessity, then a woman needs to have a job and a career – which requires an education or specialized training- which requires more years in school – which generally means later age of marriage. All this happens while her biological clock is ticking away, meaning, in the end, a woman will have fewer children.

Across Europe, as falling birthrates lead to projections of shrinking populations, policymakers are experimenting with policies that essentially pay people to have more children. Polish parents receive 500 zloty (EUR 120) per month per child until the child reaches 18 years of age. Russian parents enjoydecreased mortgage rates and increased federal tax relief when they have children. They also receive 155,500 rubles for the first child and ₽482,880 for the second child. Hungary offers financial incentives for woman to marry before age 40, loan programs and subsidies to support home and car purchases for large families, and a lifetime exemption from personal income tax for women who have raised at least four children after January 2020.

Have these programs proven successful in raising fertility? Short-term, “yes.” Long-term, “not so much.” The scientific literature is mixed, but studies indicate there is not nearly as much sustained, positive impact as a result of financial incentives as policymakers had hoped. As economist and demographer Lyman Stone points out regarding financial incentives, “…we’re talking about a lot of cash for a little bit of fertility gain.”

We applaud state effortsto support families and raise fertility. These programs have had a positive impact in many ways, but we must be clear-eyedin analyzing their effectiveness versus their costs.

Where else might we look in the vital quest to help families have the children they desire and return countries to a solid demographic footing?

I suggest we examine culture, specifically the sexual revolution and the rising age of first marriage.

The impact of the sexual revolution on fertility

Today, fewer children are born to each woman than those who lived in so-called prudish Victorian times. The reason for that is the sexual revolution.

A defining principle of feminism is that women, and their sexual needs and desires, are identical to men. Feminists believe women can’t truly be equal to men if they are hampered by their biology. Making sure women can be sexually unrestrained yet remain “unpregnant” is a priority. This has created a mindset that “sex has nothing to do with babies”– a foreign concept to previous generations.

The Sexual Revolution created a new “sexual economy” where the cost of sex, especially for men, is very low, leaving men with little incentive to marry. In addition, the widespread acceptance of pre-marital sex, cohabitation, non-heterosexual relationships, and abortion reinforced the attitude that sexual intimacy is recreational, rather than significant.

When the sex act ceases to be viewed as a special, significant, or sacred act – accompanied by fidelity to spouse and dedication to childbearing and raising – it becomes what Sigmund Freud, Alfred Kinsey and Wilhelm Reich called “an act with no inherent meaning.”

But here’s the reality – sex does havesignificance and it’s connected to fertility.

The rise of the sexual revolution is reflected in the dramatic decline in rates of marriage between 1970 and 2012 – about 56%[ii] – and a subsequent decrease in the number of childrenborn to each woman. The number of live births per woman, is over half what it was 60 years ago.

Cohabitation rates are about 4 times what they were 40 years ago. Today, close to 70 % of all individuals will spend time in a cohabiting sexual relationship.[iii] This has a dramatic impact on childbearing as cohabitating couples are less likely to have children and more likely to have abortions.

Another cultural force in declining fertility rates is the rising age of first marriage. The current emphasis on education to gain good employment, a worthwhile goal, has served to shift the age of marriage to later in life and embed a culture of “careerism” and “workism.” Young people today find meaning in work and careers as opposed to marriage and family. Marriage, and the bearing of children, become a capstone event, something you do after achieving success in life, rather than a cornerstone of a successful, meaning-filled life.

One consequence of this cultural shift is the decreased ability of women to conceive and safely bear children. Women increasingly reject childbearing in their 20s when they are most fertile, only to beg and pray to reclaim it in their 30s and 40s.

The fact is women are designed by nature to have children when they are young:

Not to worry, there’s always IVF, right? Not so much. Its success rate for women ages 35 – 37 is only 33-36%, and it only goes down from there. Add to that the staggering costs and the added health risks to the mother. IVF is not a reliable formula for increasing a country’s fertility rates.[x]

If a nation is serious about increasing fertility, then promoting, improving, and assisting marriage, including earlier marriage, is the place to begin. Lyman Stone put it this way: “A straightforward way to boost births? Find a cheap way to boost marriage.”

Increasing fertility rates: a paradigm, not a program

After studying Hungary’s approach to population growth, Stone concludes that some of the largest gains to Hungarian fertility may have come from its new constitution and people’s increased confidence in the government’s commitment to marriage, children and family as reflected by the following language:

To further influence a cultural shift in favor of marriage and family formation, nations could take the following steps:

1) Use marketing and media outlets to promote marriage and children (in that order). Return “fatherhood” to a valued place in society.

2) Recognize religion’s positive role in inspiring and supporting marriage, children and family stability. “Women who worship God weekly have the most children – on average, 2.15 more. Faith teaches responsibility to society, to past generations and to future generations.”[xiv]

3) Emphasize “maternal feminism” – a form of Women’s Rights that is pro-natal – rather than anti-natal.

4) Address the cost of higher education, including lengthy number of years to obtain degrees and the accompanying student-loan debt, which all-too-often combine to curtail marriage and family formation.

5) Move toward structuring society to satisfy marriage and family interests, rather than just business interests.

6) Value motherhood and “unpaid-care” work as much as careerism. Work to diminish factors that encourage and privilege career-advancement over childbearing and child-rearing.

Children – the embodiment of hope

As professor of politics, Gladdin Pappin, has pointed out, “We now have a system that forces would-be parents to think of their children as a cost, rather than an asset. Yet these children are quite literally the most valuable asset that any country could possibly possess.” That dystopian world in The Children of Men reflected the civilization’s profound loss of hope. The one thing that renewed a sense of hope for the future was the birth of a child. Marriage, and the life that springs from it, truly is the world’s greatest source of meaning, joy, renewal,and hope that we will ever find. I encourage countries to proactively embrace a commitment to marriage and family as a positive good. Doing so will simultaneously instill a renewed sense of hope and faith in the future among their people and solve the problem of demographic decline.

This article was very informative! I would like to add that I was literally panicked to have my children AFTER age 35 because of all the “statistics” that show decline in fertility and rise in birth defects after age 35. I think the emphasis on these “statistics” is another unspoken factor for women having fewer babies. My mother had 3 healthy babies after age 37 and her mother had a healthy baby at age 47! I would have liked to have other children but I was too scared by the “after age 35” statistics. If you look back in history women commonly bore children from age 20-45; resulting in large families. If couples could only realize what a joy parenting really is in the long run, I believe many couples would be willing to have more children due to the deep satisfaction and meaning they bring to life in all the stages!

I'm skeptical of the claim that women are having fewer children than they would like. This is because actions speak louder than words. If they wanted more children, really wanted them, they would have them. No one is stopping them. I feel like the data in such studies is much like the data in religious surveys when a person answers that they attend church at least once a month when, in fact, they only attend twice a year. Perhaps they feel guilty in not having more children and say they want more even if they have no intention of having them. Much like the person who lies about church attendance does so out of feeling guilty that they are not there on Sunday, even if they have no intention of going. I honestly don't see this as much of a problem. I believe that this is a natural self correction. The decline will plateau and human society will adjust.