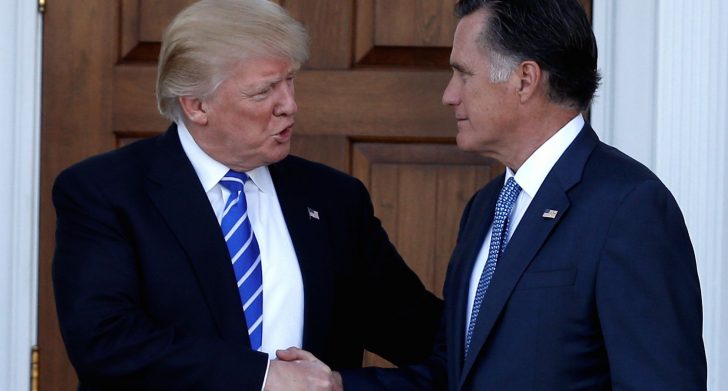 CNN: Did Donald Trump need an apology from Mitt Romney?

From an article in CNN.

As President-elect Donald Trump considered Mitt Romney for secretary of state, Trump wanted one thing Romney wouldn’t give him: an apology.

Trump was willing to move past Romney’s bitter campaign-trail criticism of him. And incoming chief of staff Reince Priebus, who chaired the Republican National Committee during both men’s presidential campaigns, convinced Trump there was value in showing he was big enough to bring Romney into the fold.
But top aides, including Kellyanne Conway and Steve Bannon, saw Romney’s attacks as unforgivable, according to three sources close to Romney, two of whom are familiar with Trump’s transition process.
CNN has learned that Vice President-elect Mike Pence and Priebus also wanted Romney to apologize as a way to smooth over the tension…
But Romney — who titled his own book “No Apology” — declined.
He offered forward-looking praise for Trump — starting with the President-elect’s election-night speech. But he wouldn’t go backward and retract his words from the campaign.
Read entire article here.
5 Comments | Post or read comments

How do you apologize for recognizing that the person our country has elected is mentally unfit to serve? Tempermentally unfit may be the polite term but it would be more accurate to call Donald Trump mentally ill.

If the apology was that important to this country's interests and future, then two super egos are to blame! Both should humble their attitudes.