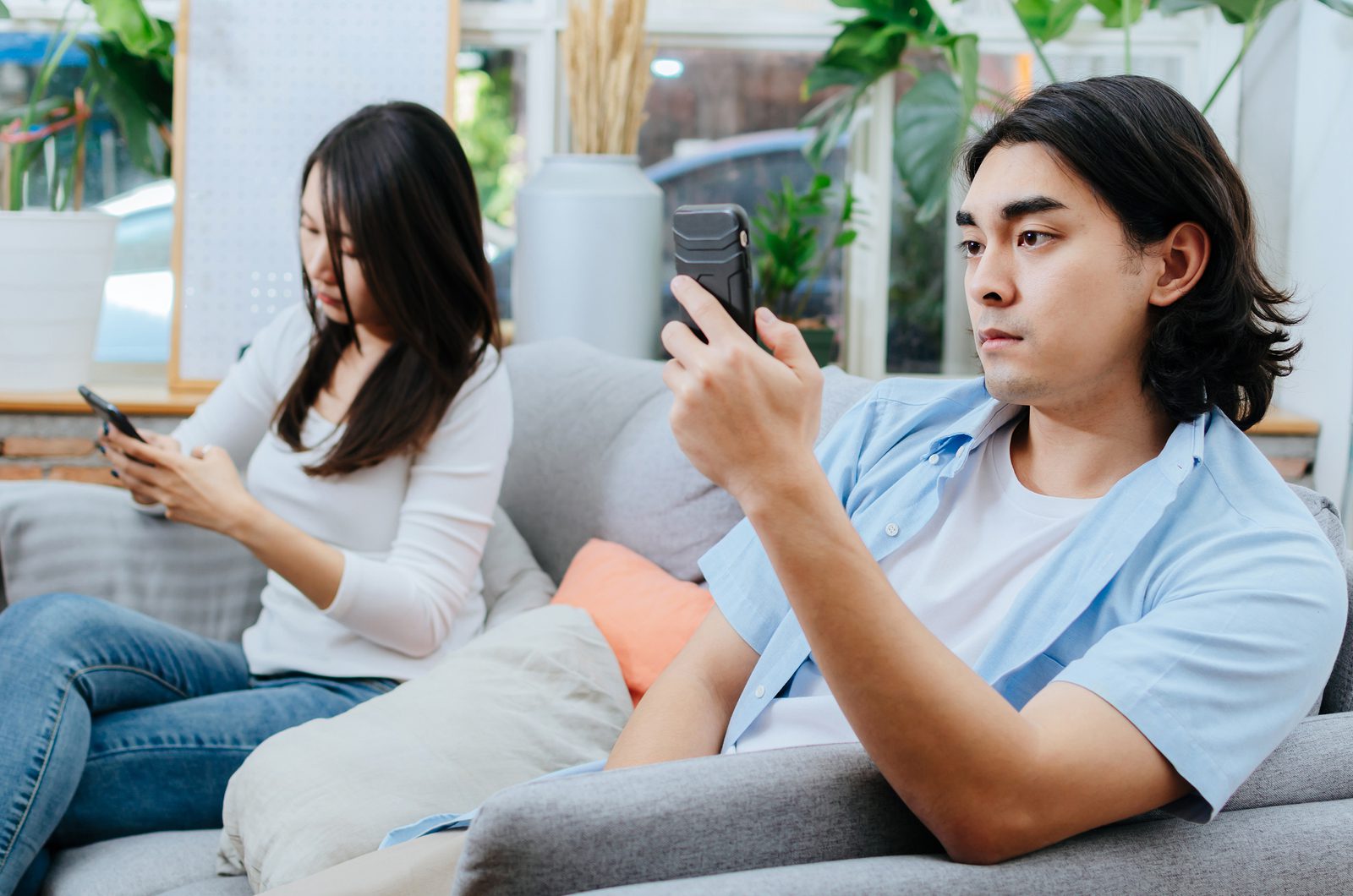 If you’re married, you’ve had a disagreement. It may start out as a simple difference of opinion. But it often escalates. You try to explain. Your spouse chafes. You feel irritated. Irritation grows into anger. What’s wrong with them? Are they being stupid or evil?

Of course, when both people are feeling irritated, neither tries to understand. They polarize. They blame. Two famous psychologists have observed that “by the time a couple’s style of argument has escalated into shaming and blaming each other, the very purpose of their quarrels has shifted.  It is no longer an effort to solve a problem or even to get the other person to modify his or her behavior; it’s just to wound, to insult, to score.  That is why shaming leads to fierce, renewed efforts at self-justification, a refusal to compromise, and the most destructive emotion a relationship can evoke: contempt. . . . Contempt is the final revelation to the partner that ‘I don’t value the who that you are’” (Tavris & Aronson, Mistakes Were Made, p. 171-2)

A simple disagreement, allowed to run downhill, can turn love and respect into anger and contempt.

That is why Jesus was so explicit:

For verily, verily I say unto you, he that hath the spirit of contention is not of me, but is of the devil, who is the father of contention, and he stirreth up the hearts of men to contend with anger, one with another. (3 Nephi 11:29)

Our online political dialogues follow some of the same patterns of conflict that we see in marital fights. We throw out a strong statement. Someone inevitably challenges the statement. Each side accuses the other of narrowness, ignorance, even stupidity. We polarize, becoming ever more defensive and we let anger cover any virtue we ever saw in the person who challenged us. And, like in a marital argument, we no longer look for solutions. We look to wound, to insult, to score.

Satan celebrates. He has taken brothers and sisters who love their country and turned them into enemies who are destroying their country. What a triumph for evil! What a tragedy for holiness, understanding, and charity. When we are true disciples of Christ, we not only love our country, we also love each other and all of humanity.

The research on human thinking is fascinating. Each of us thinks we are wonderfully and uniquely objective while being blinded by many forms of bias—confirmation bias, fundamental attribution bias, naïve realism, anger, unreliable and self-serving memory, negativity bias, and good old egocentrism. Truly, we see through a glass darkly (1 Cor. 13:12). We all wear mud-spattered glasses as we try to make sense of the world.

All that distorted thinking allows us to create a mental world where those who agree with us are good patriots while those who see things differently are ignorant, foolish, or evil.

When we read Lehi’s dream, we tend to see ourselves as people finding their way toward the tree. We see the enemies as people in the great and spacious building who are in “the attitude of mocking and pointing their fingers” (1 Nephi 8:27). I think we may have missed God’s point in the vision. I think God is saying that anytime we are mocking and pointing our fingers, we are in the great and spacious building. The right attitude for disciples is to be seeking and sharing the love of God, which is most desirable, delicious, and transformative of anything in the universe.

Mocking is never the right posture for a saint. Satan is a mocker and an accuser. We become his followers when we mock.

Many of the posts I see on social media are hateful. They accuse various leaders and citizens of stupidity and corruption. These posts are used to gain support from those who agree with them and heckle those who disagree. This is not a very noble purpose.

Maybe social media can be a place where we share ideas and learn from each other. Of course, the truth is that most of us don’t change our views very much based on social media posts. However, in the midst of the impeachment hubbub, I was glad to recommend that people read Rod Smith’s thoughtful posts on the constitution. His decades as a constitutional scholar provide insights that most of us lack.

When we merely trade barbs, then we give Satan charge of social media. He stirs up contention and anger even among disciples of Christ.

The solution is not to retreat from the town square. It is to face each other in the spirit of Christ. The spirit in which we share and challenge each other makes all the difference.

I have made a set of rules that seem reasonable to me. I intend to follow them. I hope you will consider them.

1. Start with humility. We know only part of the story. Our own perceptions are riddled with gaps and misperceptions. When we approach each other humbly, we are more likely to say things like, “The way I see this is . . .” “I wonder if . . .” or “I think there may be more to the story.” Any issue that is very controversial is also very complex. We should strive to understand each other. We can work to appreciate each other’s values and logic that led them to their conclusion. Understanding different points of view is valuable even if we don’t agree.

2. Never post memes that are mean-spirited. If a meme puts people down or wishes them pain, you can be quite sure that it is not helpful. In contrast, a helpful meme might ask an interesting question. For example, “What are the fundamental values behind conservatism and liberalism?” Each side of the political perspective has important truths to contribute. For example, liberals tend to be experts at equality and the rights of individuals. Conservatives are experts at loyalty, respect, and sacredness (See Haidt, 2006, p. 242). The research recommendation for marriage is five positives for each negative. That seems like a good standard for social media posts as well. Maybe we should post about that which is virtuous, lovely, of good report and praiseworthy (Article of Faith 13; Philippians 4:8) five times as often as we post about problems in our society.

3. Before posting any accusation, be sure to fact check it with multiple sites. Never merely repost memes and articles without fact checking them. My estimate is that two thirds of the political memes I see are either completely false or substantially misleading. We should be very careful before posting or re-posting anything.

4. When someone disagrees with you, try to understand them rather than categorize them. Their experiences and perspectives may expand yours. Through the impeachment proceedings, people automatically mistreated and accused those who disagreed with them. Jesus encouraged us to be peacemakers. Invite perspective-taking. Ask yourself, “I wonder why they believe that way?” Invite them to explain how they see things.

5. Avoid all-or-nothing thinking. For example, liberals are not necessarily socialists any more than conservatives are necessarily fascists. Another example, guns are not an all-or-nothing issue. The fact that policymakers recommend some limits on guns does not mean that they have no respect for the second amendment. If we reasoned together with patience and open-mindedness, we would better understand each other. We might stop making outlandish caricatures of each other. And, just maybe, the enlarged understanding would lead to better policies that honored the truths on both sides of the spectrum.

6. Do not dismiss a large body of professionals simply because they disagree with your preferred perspective. For example, dismissing the bulk of media as fake news is simply too shallow. We should consider the data itself more than the source. Is there good evidence that this is true? I personally choose to read sources that discuss multiple perspectives.

7. Do not share articles and memes that lack evidence. Just because something agrees with your views does not make it useful. It should also contain citations and logic that persuades.

8. Insulting is not effective persuasion. For example, most Latter-day Saints have a strong aversion to abortion. Yet, calling those of the pro-choice persuasion “baby killers” is not a good way to influence them. They believe in choice. Pro-life people also believe in agency. It is a sacred principle. We just believe that it is best exercised prior to conception rather than after. A civil dialogue may result from a recognition of shared values of both agency and life.

9. Just because it feels good doesn’t necessarily mean it is good. It may feel good to see bad guys taken down in movies. But war is not the right model for discussion and persuasion. We should not take cheap shots. We should only post things that edify. That is the Lord’s standard (D&C 50:23-24).

10. We should stand for truth without using clubs and knives on those who disagree with us. We can love others and treat them with goodness even as we struggle with our differences. Contention and conflict are Satan’s tools. God has recommended latter-day tools of persuasion, long-suffering, gentleness, meekness, and love unfeigned (D&C 121:41). We are not to use sharpness unless we meet two explicit conditions: 1. We are specifically directed by the Holy Ghost (which is not the same as irritation and annoyance), and 2. We are fully committed to showing an increase of love toward anyone we reprove (D&C 121:43) (an increase of love means we must already love those we have undertaken to correct). That is a high standard!

Latter-day Saints have a unique sense of mission for America.

Behold, this is a choice land, and whatsoever nation shall possess it shall be free from bondage, and from captivity, and from all other nations under heaven, if they will but serve the God of the land, who is Jesus Christ, who hath been manifested by the things which we have written. (Ether 2:12).

Some may militarize the phrase “serve the God of the land.” We may see ourselves as an army in a pitched battle for the soul of our country. There undoubtedly will be times when battles will be necessary. Yet, in the broad sweep of history, more hearts are won by kindness and friendship than by force of arms. God would have us use all the powers of persuasion, charm, organization, and strategy to turn the tide of evil in the world. God does not approve of fighting evil with evil. So let us be models of sensible, well-informed, civil, and caring citizens in our actions and in our dialogue. Let us stand for truth while being examples of goodness.

I loved your thoughts and agree wholeheartedly, and note how much more pleasant and informational it would be to read the comments after a political or news article if those making the comments would follow your guidelines even just a little.