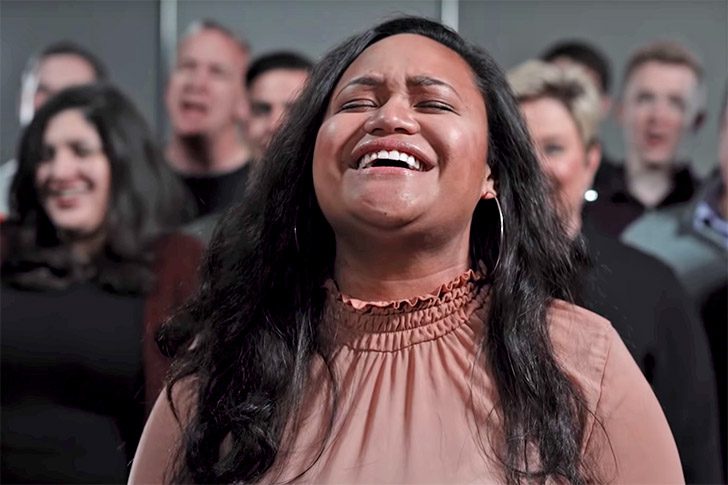 SALT LAKE CITY — Children of parents who identify themselves as lesbian, gay, bisexual and transgender may now be blessed as infants and later baptized as members of The Church of Jesus Christ of Latter-day Saints, according to updates announced Thursday to November 2015 church policies intended at the time to maintain family harmony but perceived as painful among some supporters of the LGBT community.

The church also will update its handbook of instructions for leaders to remove the label of apostasy for homosexual behavior that also was applied in November 2015, said President Dallin H. Oaks, first counselor in the First Presidency, who announced the changes on behalf of the First Presidency on Thursday morning during the leadership session of the church’s 189th Annual General Conference.

At the direction of the First Presidency, President Oaks shared that effective immediately, children of parents who identify themselves as lesbian, gay, bisexual or transgender may be baptized without First Presidency approval if the custodial parents give permission for the baptism and understand both the doctrine that a baptized child will be taught and the covenants he or she will be expected to make.

A nonmember parent or parents (including LGBT parents) can request that their baby be blessed by a worthy Melchizedek Priesthood holder. These parents need to understand that congregation members will contact them periodically, and that when the child who has been blessed reaches 8 years of age, a Church member will contact them and propose that the child be baptized.

Previously, our Handbook characterized same-gender marriage by a member as apostasy. While we still consider such a marriage to be a serious transgression, it will not be treated as apostasy for purposes of Church discipline. Instead, the immoral conduct in heterosexual or homosexual relationships will be treated in the same way.

The very positive policies announced this morning should help affected families. In addition, our members’ efforts to show more understanding, compassion and love should increase respect and understanding among all people of goodwill. We want to reduce the hate and contention so common today. We are optimistic that a majority of people — whatever their beliefs and orientations — long for better understanding and less contentious communications. That is surely our desire, and we seek the help of our members and others to attain it.

These new policies are being sent to priesthood leaders worldwide and will be included in online updates to our Church Handbook for leaders. These changes do not represent a shift in Church doctrine related to marriage or the commandments of God in regard to chastity and morality. The doctrine of the plan of salvation and the importance of chastity will not change. These policy changes come after an extended period of counseling with our brethren in the Quorum of the Twelve Apostles and after fervent, united prayer to understand the will of the Lord on these matters.

Happy for our LGBT members. Grateful for the change.