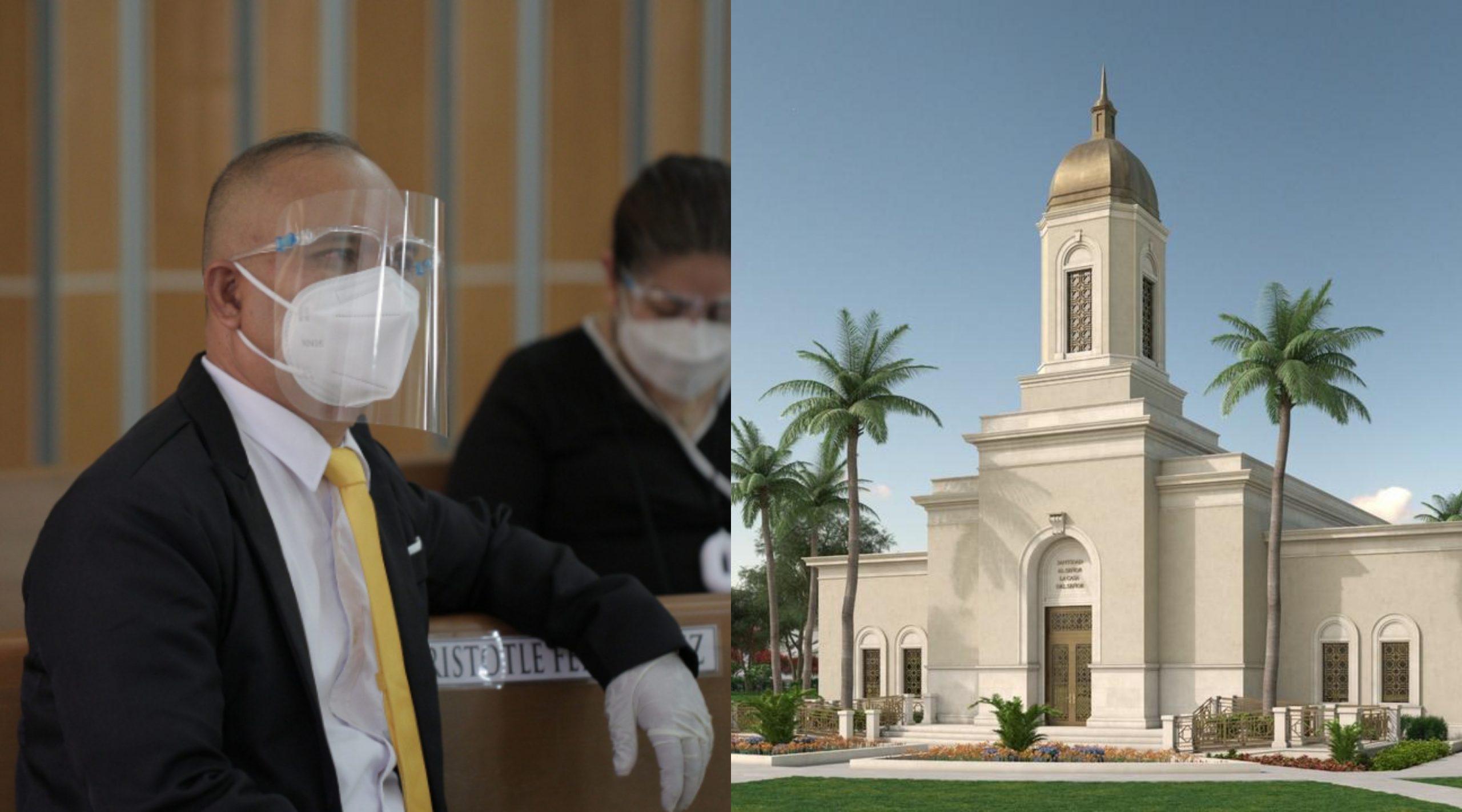 Church Breaks Ground on Temples in Guatemala and the Philippines

The following two articles are excerpted from the Church Newsroom.

“It never ceases to amaze me how the hand of the Lord has been over this nation. How He has prepared its people and its land to receive the gospel and the blessings of the temples of the Lord,” said Elder Taniela B. Wakolo, Philippines Area President who presided at the event and offered the dedicatory prayer.

Elder Wakolo was joined by his wife, Anita, Elder Yoon Hwan Choi, Elder Steven R. Bangerter of the Philippines Area Presidency and other local interfaith leaders. Attendance at the groundbreaking ceremonies was by invitation only.

“We pray that this temple, even while being constructed, will bless the lives of all who live in the vicinity and those who pass by, by increasing their hope and peace through Christ,” prayed Elder Wakolo.

The temple will be built on a 2.7-acre site at Ma-a Road and Anahaw Road, Bgy. Ma-a, Davao City 8000, in the Philippines. The two-story structure will be approximately 18,450 square feet. The site will also include patron and temple presidency housing and a meetinghouse.

Construction is slated to begin for the Cobán Guatemala Temple following a groundbreaking ceremony on Saturday, November 14, 2020. It was uncertain if the groundbreaking would be held today since the region was battered by Hurricane Eta a week ago causing more than 100 deaths. Thousands of residents remain without electricity.

In attendance, limited because of local COVID-19 restrictions, was Ingeniero Ariel Hasses from the Municipality of Cobán and Monsignor Rodolfo Valenzuela Nuñez, Bishop of the Diocese of Verapaz.

“Oh God, our Eternal Father,” prayed Elder Taylor. “In the name of Jesus Christ, I joyfully dedicate this sacred spot of ground in Coban, Guatemala, for the construction of one of Thy and Thy Beloved Son’s sacred Temples.”

He continued, “Endow all Thy Saints, we pray dear Father, with an extraordinary love for and brightened hope in Thy Sanctuary as a mighty Refuge from the storm.”

The temple in Cobán, located in the highlands of central Guatemala, will be the country’s third temple. Church president, Russell M. Nelson, announced the temple in October 2019. The country has two temples currently in operation, including the Guatemala City Guatemala Temple and the Quetzaltenango Guatemala Temple.