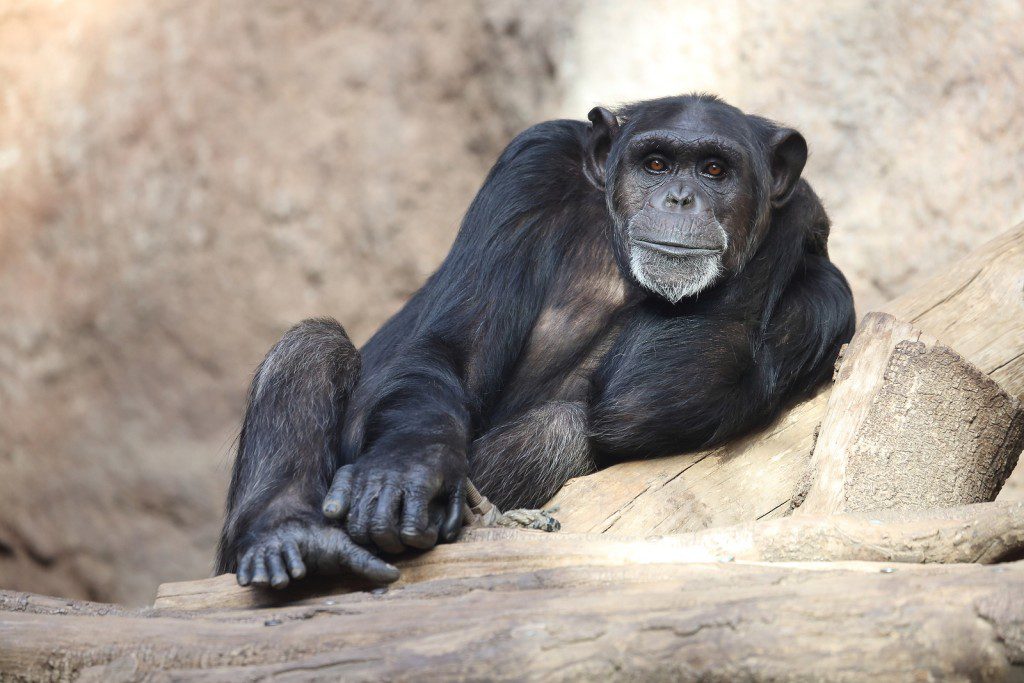 For the article introducing this theory that 99% of DNA between chimps and humans is identical in fact is powerful evidence of intelligent design, click here.

The discovery that there is only one percent difference between human and chimpanzee DNA seems to be a paradox considering the actual huge differences between the two species.

Human Abilities Exponentially Above Other Primates

Compared with other animal families, we wonder how so few different DNA letters can give humans abilities exponentially so far above other primates. This would include the human ability to design, build, launch into orbit, operate, repair in space and analyze the data from an instrument like the Hubble Space Telescope. Most importantly, the DNA blueprint of the human body enables man’s potential to attain immortality and eternal life.[i]

The Hubble Space Telescope mission ranks as one of the top scientific achievements of all time.

The amazing diagnosis and repair in space of a manufacturing error in the Hubble Space Telescope’s main mirror was nothing short of an inspired scientific achievement that saved the mission from complete disaster.

This famous HST picture of a star nursery is called “the Pillars of Creation” and stretches many light years in width.

“This is my work and my glory–to bring to pass the immortality and eternal life of man.” (Moses 1:39)

Recent DNA studies on the 338 known species of hummingbirds estimate about a three percent combined DNA differences among them. They all have the amazing abilities of these smallest of birds: Hovering, flying backwards, hibernating at night and many species exactly designed to be able to harvest nectar from specific flowers. The DNA difference seems reasonable to describe and enumerate these differences.[ii]

Hummingbirds’ bills are often peculiarly adapted to match precisely the flowers that they feed on. This sword-billed hummingbird’s four inch long bill and long tongue can feed on flowers with long corollas.

The buff-tailed sicklebill hummingbird has an even more specialized bill and feeds on the nectar rich Centropogon and Heliconia flowers.

Estimating that the hummingbird family has been developing over the last 22 million years, recent DNA analysis theorizes this family tree.

It is easy to see that the chimp and orangutan are very similar in characteristics and abilities. But, once again we ask: How can the huge chimp-human difference in characteristics be explained by so few different DNA letters? Also, How can random undirected mutations be sufficient to specify and activate the huge human- only abilities compared to the chimpanzee species?[iii]

Humans and orangutans have been shown to have 97% of their DNA in common.

Katherine Pollard, a leading scientist analyzing the two genomes, describes the human-chimp one percent differences as containing genetic switches that activate advanced human features using just a few DNA letter changes in exactly the right places. These features, which would require more DNA than just the different one percent, would be implemented in the common DNA that is included in both the chimp and human genome.[iv]

Dr. Katherine Pollard is a leading researcher in comparing the chimp and human DNA sequences. She is the discoverer of groups of genetic switches believed to activate advanced brain functions in humans.

Solution to Paradox: “a few changes in just the right places”

“When we finished the chimpanzee genome in 2005 and lined it up next to the human genome, we made the amazing discovery that our DNA is almost 99 percent identical. That seems like a bit of a paradox given all the differences we see between ourselves and chimps. But, in fact, it’s not a paradox, because all it takes to make a new species, all it takes to make a human, is a few changes in just the right places.”

“Just the right places” describes intelligently directed mutations in the small one percent difference between chimp and human DNA. This discovery is a proof of intelligent design in the chimp, human and their 99 percent common DNA information codes.

The fifth and final space shuttle mission to service the space telescope showing the space walks necessary to do the repair and upgrade operations.

“”Pillars of Creation” is a photograph taken by the Hubble Space Telescope of elephant trunks of interstellar gas and dust in the Eagle Nebula, some 7,000 light years from Earth.”

“In a 12-year-long study of 284 of the world’s 338 known hummingbird species, an international team of ornithologists has mapped the 22-million-year-old family tree of these tiny birds.”

“The successful, 22 million-year-old group could double in its number of species before leveling off.”

Only thing I don't like about this article is use of the word "Proof" as in, that those special changes in just the right places are "proof" of God's hand. It isn't proof in any sense and our society loves using that word much too freely. It is an interesting thing, but it is not proof. I loved the education I received from BYU about evolution. It strengthened my testimony immeasurably for the reasons other commenters have described. Let's just be careful about what is "proof" and what is just "interesting".

The language of The Creation of the Earth in Genesis is interesting: "And God said, Let the waters bring forth abundantly the moving creature that hath life..." and "Let the earth bring forth ...after their kind". It sounds similar to evolution. Are the 'waters' and the 'earth' helping create life? However when it comes to the creation of mankind the wording changes: "And God said, Let us make man in our image, after our likeness". Is this implying that evolution/natural selection were used to prepare the earth to receive, and sustain, the very similar life form of Man?