Changing the Climate of Your Parenting | Meridian Magazine 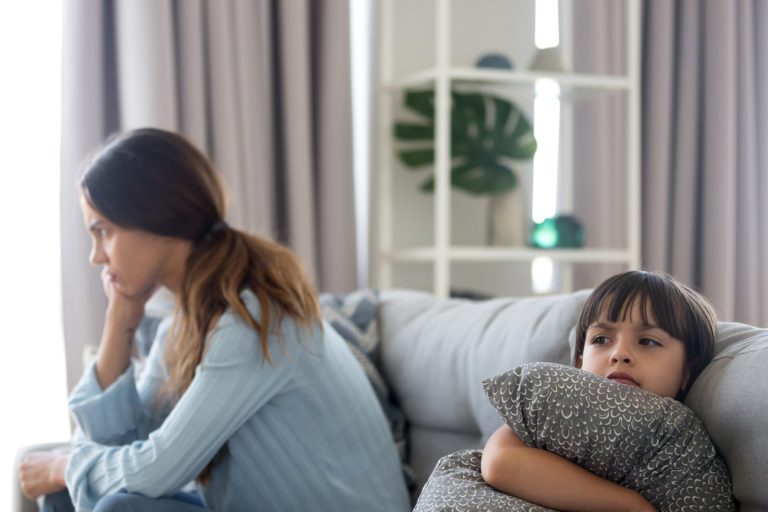 Changing the Climate of Your Parenting

The Emotional Climate of Parenting

Have you ever wondered if something you’ve done has inescapably messed up your child? That time you vehemently stuck to your guns despite the child’s strong opposition and you fear you damaged your relationship with her in the meantime. Or the time you let his misbehavior slide without consequence and missed a vital teaching opportunity. Or one of many other possibilities that do not qualify to be in your large arsenal of notable positive parenting behaviors. Are these moments of parenting indiscretion those that will define your lasting influence on your child?

When examining the effects of parenting on children’s development, researchers distinguish between the discreet and sometimes isolated behaviors described above and the collective contribution of all of a parent’s behaviors over a given amount of time. This amalgam of parenting creates what is sometimes called an emotional climate in the relationship between child and parent and it is that climate that seems to have the strongest and longest impact on child outcomes.

If you have resolved to change the emotional climate in your family, then you may be feeling motivated, committed, and hopeful about the prospect of becoming a more effective parent. However, simply wanting to change does not always result in lasting, meaningful change. Inevitably, changing previously established habits and patterns is difficult. One of the reasons that parenting behaviors can be so hard to change is because engaged parenting is necessarily an emotional experience and emotions can trigger a cascade of instinctive responses that result in a behavior pattern that is almost involuntary.

Though certainly instincts can be successfully over-ridden, it can be hard to consistently veto our habitual inclinations in instances when we are stressed, tired, distracted, depressed, busy, or overwhelmed — all characteristics that commonly accompany parenting. So, even when we are deeply resolved to change our behavior, amid the wonderful chaos of family life, our instincts kick-in and can hijack our best-laid plans for change.

Given the significant influence that emotions have on our behaviors, it is important to first, be aware of and OK with our emotions, second, understand how our emotions influence our parenting behaviors, and finally, learn what we can do to bypass emotions that may trigger unhealthy parenting for us.

Be OK with Your Emotions: Certainly, parenting is filled with moments that are characterized by intensely positive emotions. However, if you are like most parents, your interactions with your child may sometimes evoke feelings that are commonly misunderstood as “bad” emotions such as anger, anxiety, or disgust.  It is important to be able to identify when we are feeling these emotions so we can understand the context in which they are triggered (more about this later). But it is also important to accept and experience these emotions when we feel them.

Because these notoriously “bad” emotions are more likely to be accompanied by negative parenting behaviors, parents sometimes feel ashamed for feeling them and so they try to mask those emotions or actively will themselves not to feel them. Research with children and adults alike suggests that these efforts can be counter-productive because “negative” emotions that are not acknowledged, felt, and appropriately expressed, tend to stick around a bit longer and can continue to affect our behaviors in negative ways.

However, emotions that are identified, felt, and appropriately expressed tend to dissipate more quickly. We think that the reason this happens is because emotions serve an adaptive function: to signal to ourselves and to others a need or a threat. When we allow ourselves to feel our emotions, then their function as a signal is fulfilled and so the signal stops. However, when we avoid or stifle our emotions instead of feeling them, then their purpose is upset and so they continue to fester within us as a signal of an undervalued need or threat. So, don’t waste energy feeling bad about feeling “bad”. Go ahead and acknowledge, validate, and feel whatever emotion is bubbling up inside of you.

Understand How Your Emotions Influence Your Behaviors: Though often we focus on how children’s emotions lead to different behaviors and misbehaviors, we sometimes neglect to focus on how our own emotions as parents may underlie different parenting behaviors.  Our most instinctive emotions, like fear/anxiety, disgust, or anger, are designed to activate our fight-or-flight response in order to help us deal with threats to our most primal goals such as goals of dominance, goals of escaping failure, and goals of avoiding pain. When our child’s goals or our goals for our child are threatened by another person, these feelings can motivate us to leap to the defense of our child. But when the perceived threat to our personal goals comes directly from our child, these feelings motivate us to defend ourselves against our child with problematic parenting responses.

Research strongly suggests that all of these parenting behaviors are linked to non-ideal outcomes for children. And so, though emotions are always ok to feel, the parenting behaviors that those emotions make more accessible are what need to be actively avoided. To do this, we could constantly try to intercept our behaviors after an emotional instinct has been activated; a strategy most often used when trying to change behavior. Or, we can figure out ways to avoid activating those instinctive emotions that can sabotage the lasting change we are trying to implement.

Know How to Bypass Emotions that Can Trigger Unhealthy Parenting Behaviors: The key to not activating instinctive emotions is to be purposeful in what we think about our children’s behaviors. Remember that it is the perception of threat that triggers the maladaptive emotional response. But our children’s behaviors are not threatening in-and-of themselves. Rather, it is the meaning that we assign to those behaviors that makes them seem threatening and triggers the emotion-based fight-or-flight response.

Research shows that parents who believe their child’s misbehavior is due to stable/permanent traits within the child (e.g., the child is a bad kid, the child misbehaves on purpose, or the child is simply incapable of behaving) are much more likely to feel anger and some also experience anxiety thereby setting off the instinctive chain of events described in the preceding paragraph. However, parents who think the reasons for their child’s misbehavior are due to circumstantial and/or fleeting influences (e.g, the child’s age, the child’s lack of experience or understanding, the child’s current levels of stress or lack of sleep, etc.) are much less likely to feel anger or anxiety in the face of a child’s misbehavior thereby laying the foundation for higher-order emotions that promote more effective parenting behaviors.

Consider the example of my fifteen-month-old son who finds endless entertainment by taking the silverware from the drawer and putting it in the garbage. He continues to do this despite my attempts to help him understand that this is not a valued behavior. If I understand his actions as a purposeful act of defiance, then his behavior suddenly becomes threatening to my primal goals which triggers my instinctive emotions thereby increasing the likelihood of me engaging in ineffective parenting.

However, if I understand his behavior as stemming from developmentally appropriate curiosity that motivates him to learn about and experiment with his effect on the world around him, then his behavior does not threaten my primal goals and thereby does not trigger my instinctive emotions. In this situation, I am much more likely to react with empathy, understand the behavior from my child’s point of view, and respond in ways that discourage the behavior whilst promoting the curiosity that underlies it.

In order to bring to light the potentially problematic thoughts that are affecting the emotional climate within your family, it is important to ask the question “Why is my child behaving this way?”.  Your answers to this question can provide a storm-tracker of sorts that can alert you to instigators of an ensuing emotional storm in your parenting. If the answers that most readily occur to you paint your child as purposefully and/or intrinsically bad, then you will know that an emotional storm may be brewing inside of you which could likely lead to inadequate parenting responses. In this case, keep asking the question “Why?” until you arrive at a deeper level of understanding that highlights the influence-able/ changeable attributes within your child.

For example, you may have asked yourself the question of why your child is misbehaving and arrived at the answer: “She’s just trying to make me mad”. Though this answer may be true, this limited understanding depicts your child as the root of the problem which can make you feel victimized and/or threatened which you now know can lead to inadequate parenting. If you continue your query and think “Why would she want to make me mad?” you may begin to perceive the influence-able motivations for the behavior such as “She may be trying to get my attention in inappropriate ways”.

This understanding helps to bypass those instinctive emotions and allows you to be patient as you firmly set limits on misbehavior while also responding to the underlying need that you now perceive. Multiple studies have observed that when parents are taught to think this way about the reasons for their child’s misbehavior then their problematic parenting behaviors significantly decrease. Therefore, research supports the notion that lasting climate change in parenting behaviors are preceded by a change to our thoughts and to our emotions; in essence, a change of heart.