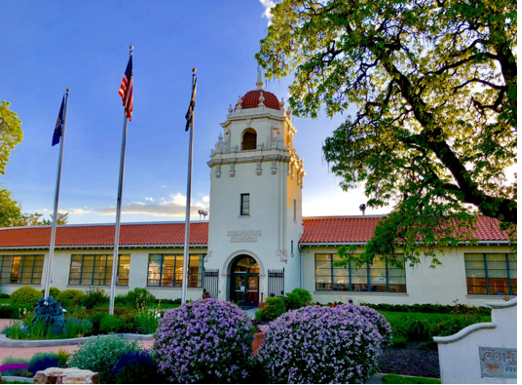 As a child, I looked forward to Thanksgiving and Christmas, as most everyone does. I also liked February because it was dotted with holidays: Abraham Lincoln’s birthday on the twelfth, Valentines Day on the fourteenth, and George Washington’s birthday on the twenty-second. You will be surprised that Columbus Day on October 12 was also important to me because I attended Columbus Elementary School. I felt blessed to attend such a prestigious school, or so I thought.

With the 1968 Uniform Monday Holiday Act, President’s Day replaced individual celebrations of Lincoln and Washington. The purpose of the Holiday Act was to create more three-day weekends. Support for the bill came from labor unions, travel agencies, retailers, and as President Lyndon B. Johnson said, “The Monday holiday will stimulate greater industrial and commercial production” (https://www.presidency.ucsb.edu/documents/statement-the-president-upon-signing-the-uniform-holiday-bill). Clearly, H.R. 15951 was motivated by money not patriotism. President’s Day now applies to any president or no president. Honestly, it is mostly a weekend to shop super sales and enjoy recreational activities.

Although I have no empirical evidence, I can say with confidence that the consequence of this change has decreased knowledge about Lincoln and Washington’s lives, their respect for the Constitution, and how they turned to God in prayer to preserve and protect this nation. There are some teachers in some schools who will foster patriotism, but it is parents and grandparents who can keep the memories of these two greatest presidents from fading into oblivion. One way Richard and I have tried to do this is by visiting national historic sites with family.

One misty spring day in Gettysburg, Pennsylvania, we went from battle site to battle site. We felt the spirit where thousands “gave their last full measure of devotion.” Later, we walked through the gift shop where I bought a book, Abraham Lincoln, the Man and His Faith. Although I had read other books about President Lincoln, this one quoted him extensively on his faith in the Bible, prayer, God’s love, the Savior, the purpose of America, and more. A few months later, I finished the book and wanted a copy for each for our children. I called the gift shop in Gettysburg to order more; they didn’t have any. I tried two or three other bookstores at historic sites with no luck. Finally, I said to the woman who had just told me they didn’t have any copies, “Is the book out of print?” “No,” she said, “I don’t think so.” “Why then,” I asked, “can’t I find a copy at any of the historic sites?” She gave a little cough and in a soft voice said, “We can’t sell religious books anymore.”

As I mentioned, I attended Columbus Elementary School and felt privileged to live next door to this majestic building. In school, we were taught about Columbus that he was kind to the native people and that he named the island he discovered, San Salvador, in honor of Jesus Christ. I have read from his diaries. What I was taught in elementary school is true. His love for his Christian faith and the duty he felt to share it are prominent in his writings.

The Uniform Monday Holiday Act included moving Columbus Day to a Monday. Although the holiday still bears his name, I am concerned it is being phased out. In 1992, the idea for a holiday celebrating Native Americans began in Berkeley, California to counter the five hundredth anniversary of Columbus’ arrival in America. Gradually, gradually the idea has gained popularity. Last year, President Biden signed a presidential proclamation declaring October 11, 2021, to be the first federal observance of Indigenous People’s Day. It is wonderful to celebrate indigenous people; they certainly deserve it. I hope both holidays will be observed.

In 1992, Richard and I went to Washington D.C. and visited the Smithsonian Museum to see the Columbus exhibition. Few people could have imagined that a tiny group in Berkeley, California was involved in a counter-movement because the city was filled with banners honoring Columbus. One read: “An extensive commemoration of the 500th anniversary of Christopher Columbus’s arrival in the New World begins with a diverse selection of activities, including exhibitions, conferences, publications, recordings, and television programs.”

A long article in the Washington Post told of commemorations around the U.S. “The many U.S. events commemorating Columbus’s voyage are as diverse as the nation and include major museum exhibits, Tall Ship rallies, historical symposiums, new Spanish-heritage statuary, classical concerts, art shows, athletic events, dance performances and giant parades. A number of national parks are planning special visitor center exhibits reflecting on Spanish exploration and colonization. These events will be taking place from now through the end of 1992 and even into 1993” (https://www.washingtonpost.com/archive/lifestyle/travel/1991/12/29/the-quincentennial-celebration/71cf5be3-e472-4c2d-a939-ed70e9f5e4c4). It was a big deal.

In the thirty-year interim, 1992-2022, the political winds have changed. In October 2021, the Washington Post commented on “blunt truths about Columbus” (https://www.washingtonpost.com/politics/2021/10/15). Another article explained how Washington D.C. “and other jurisdictions in the area have passed legislation to change the Columbus Day name in honor of Native Americans” (https://www.washingtonpost.com/dc-md-va/2019/10/10/indigenous-peoples-day-replace-columbus-day-district-other-jurisdictions).

As you know, in May 2020, a black man was killed by a white police officer. Riots broke out in cities across the U.S., and protesters set about defacing or destroying forty monuments of Columbus and others they felt were associated with slavery and/or colonialism. Many inaccurate accounts of atrocities supposedly committed by Columbus were recounted in the media.

In a new book by David and Tim Barton, The American Story the Beginnings, copyright 2020, Columbus is defended and celebrated: They write: “Many other false accusations swirl around Columbus… Fortunately we don’t have to guess about Columbus’ actual motivations for his four voyages; he tells us in a book he began in 1502 before his fourth and final trip. The work, which was called The Book of Prophecies, contains scores of scriptures he personally assembled addressing the propagation of the Christian gospel in distant lands.

“The work includes the letter he wrote to King Ferdinand and Queen Isabella of Spain, who financed his voyages in which he explained: ‘I have seen and put in study to look into all Scriptures…. Our Lord opened to my understanding (I could sense His arm upon me) so that it became clear that it was feasible to navigate from here to the Indies…. All those who heard of my enterprise rejected it with laughter, scoffing at me…. Who doubts that this illumination was from the Holy Spirit? I attest that He, (the Spirit) with marvelous rays of light, consoled me through the holy and sacred Scriptures…. No one should be afraid to take on any enterprise in the name of our Savior, if it is right and if the purpose is purely for his holy service’” (page 30).

I think it is especially noteworthy that Columbus’ legacy intertwines with the history of the Church of Jesus Christ of Latter-day Saints.

When President Wilford Woodruff was President of the St. George Temple, beginning 1877, he was visited by the spirits of great men who requested him to perform vicarious temple ordinances. Speaking of that experience, President Woodruff said: “The spirits of the dead gathered around me, wanting to know why we did not redeem them. Said they, ‘You have had the use of the Endowment House for a number of years, and yet nothing has ever been done for us. We laid the foundation of the government you now enjoy, and we never apostatized from it, but we remained true to it and were faithful to God.’ These were the signers of the Declaration of Independence, and they waited on me for two days and two nights. I thought it very singular, that notwithstanding so much work had been done, and yet nothing had been done for them. The thought never entered my heart, from the fact, I suppose, that heretofore our minds were reaching after our more immediate friends and relatives. I straightway went into the baptismal font in the temple and called upon brother McCallister to baptize me for the signers of the Declaration of Independence, and fifty other eminent men, making one hundred in all, including John Wesley, Columbus, and others” (JD 19:229). Many prominent women also received their temple endowment.

As president of the Church in 1992, President Ezra Taft Benson spoke about Columbus and the fact that the fifty-six signers of the Declaration of Independence appeared to Wilford Woodruff and received their temple blessings. Then he added: “President George Washington was ordained a High Priest at that time. You will also be interested to know that according to Wilford Woodruff’s journal, John Wesley, Benjamin Franklin, and Christopher Columbus were also ordained High Priests at the time. When one casts doubt upon the character of these noble sons of God, I believe he or she will have to answer to the God of heaven for it” (Teaching of Ezra Taft Benson, 604). Instead of “casting doubt,” we can celebrate everything good about the finding and founding of America—Columbus and Native Americans and the Founding Fathers.

The upcoming Fourth of July, which happily is still observed on July 4, is an opportunity to remember and give thanks for the men who signed the Declaration of Independence two hundred and forty-six years ago, July 4, 1776. These fifty-six men are endowed members of the Church of Jesus Christ of Latter-day Saints. Since they made the effort to cross the veil and petition Wilford Woodruff to do their work, we believe they are valiant today in the cause of truth, the gospel of Jesus Christ. May we never apostatize from the foundation of government they established. May we remain true to it and to God as they proclaimed: “We hold these truths to be self-evident, that all men are created equal, that they are endowed by their Creator with certain unalienable Rights, that among these are Life, Liberty and the pursuit of Happiness.”