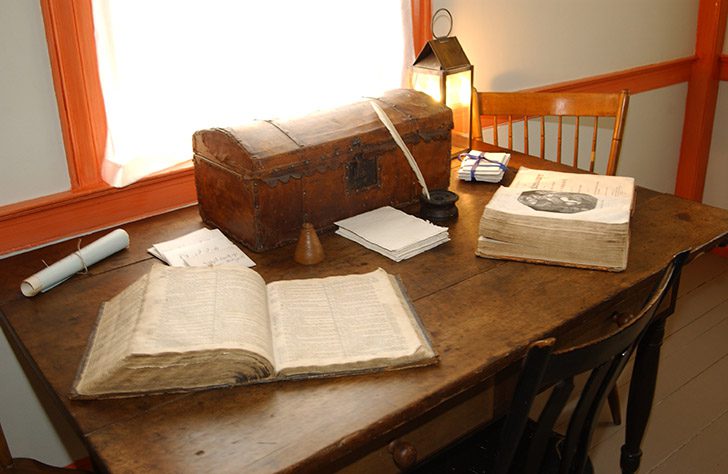 For the past thirty-five or more years I have read Section 76 of the Doctrine and Covenants on February 16, the date of its reception. There is something very special about that revelation and an added bonus comes from studying it on the very day it was received.

Joseph Smith gave us a wonderful reflection on this revelation. He recorded: “Nothing could be more pleasing to the Saints upon the order of the kingdom of the Lord, than the light which burst upon the world through the foregoing vision. Every law, every commandment, every promise, every truth, and every point touching the destiny of man, from Genesis to Revelation, where the purity of the scriptures remains unsullied by the folly of men, go to show the perfection of the theory [of different degrees of glory in the future life] and witnesses the fact that that document is a transcript from the records of the eternal world. The sublimity of the ideas; the purity of the language; the scope for action; the continued duration for completion, in order that the heirs of salvation may confess the Lord and bow the knee; the rewards for faithfulness, and the punishments for sins, are so much beyond the narrow-mindedness of men, that every honest man is constrained to exclaim: ‘It came from God.’”[i]

I love reading those words along with the revelation itself each February 16. I also love to read Philo Dibble’s account of that Thursday in 1832. We have interesting details of the event from Brother Dibble that we have from no other source. He recorded:

“The vision of the three degrees of glory which is recorded in the Doctrine and Covenants was given at the house of ‘Father Johnson,’ in Hiram, Ohio, and during the time that Joseph and Sidney were in the Spirit and saw the heavens open there were other men in the room, perhaps twelve, among whom I was one during a part of the time—probably two-thirds of the time. I saw the glory and felt the power, but did not see the vision.

“Joseph wore black clothes, but at this time seemed to be dressed in an element of glorious white, and his face shone as if it were transparent, but I did not see the same glory attending Sidney.

“The events and conversation, while they were seeing what is written (and many things were seen and related that are not written) I will relate as minutely as is necessary.

“Joseph would, at intervals, say: ‘What do I see?’ as one might say while looking out the window and beholding what all in the room could not see. Then he would relate what he had seen or what he was looking at.

“Then Sidney replied, ‘I see the same.’

“Presently Sidney would say, ‘What do I see?’ and would repeat what he had seen or was seeing.

“And Joseph would reply, ‘I see the same.’

“Joseph sat firmly and calmly all the time in the midst of a magnificent glory, but Sidney sat limp and pale, apparently as limber as a rag, observing which, Joseph remarked, smilingly. ‘Sidney is not used to it as I am.’”[ii]

Many reacted with mixed feelings to the vision. William W. Phelps, Church printer in Missouri, published “The Vision” in the Church-owned The Evening and The Morning Star in July 1832 calling it “the greatest news ever published to man.”[iii]

Wilford Woodruff wrote, “When I read the vision…it enlightened my mind and gave me great joy. It appeared to me that the God who revealed that principle unto man was wise, just, and true—possessed both the best of attributes, and good sense, and knowledge. I felt He was consistent with both love, mercy, justice, and judgment; and I felt to love the Lord more than ever before in my life.”[iv]

Joseph Smith counseled the Twelve Apostles as they headed to England in 1839 to stick with the first principles and ordinances of the gospel and he gave them specific counsel not to teach “the vision” to new converts. Heber C. Kimball also encouraged his fellow missionaries in England to keep to the introductory principles of the gospel in their labors. Heber had helped convert a minister, Timothy Matthews, in Bedford, England, and established an appointment for his baptism. But another elder, John Goodson, “contrary to my counsel and positive instructions, and without advising with any one, read to Mr. Matthews, the vision … which caused him to stumble.” Matthews failed to keep his appointment and never joined the Church.[v]

Joseph saved from Extradition to Missouri

In January 1843 great effort was made to extradite Joseph Smith from Illinois to Missouri, to get him back into the hands of the mobs there that hated him. He was abused and oppressed and it appeared he would be forcibly taken to Missouri. At that point, Governor Thomas Ford of Illinois issued an executive order dated January 6, 1843, proclaiming that the judgments of the court were inoperative and void. Joseph was set free!

When Joseph got back to Nauvoo there was great celebrating upon his arrival. Wilson Law and Willard Richards composed a jubilee song that was sung the evening of January 7. Other celebrations took place around the city for the next few days.

A Poem from W.W. Phelps to Joseph

Less than two weeks later (this is all tied to Section 76, you will see), W.W. Phelps composed a poem for Joseph entitled Vade Mecum (Go With Me). Here is the short poem:

From W.W. Phelps to Joseph Smith, the Prophet.

Joseph Smith was very moved by this poem, and, in response, composed a poem back to W.W. Phelps that gives us a number of insights from Joseph’s own mind into his understanding of the vision of the three degrees of glory. In your celebration (today) of Section 76, this will add a great deal of joy. Begin by reading Section 76 of the Doctrine and Covenants, then come right back and read Joseph’s poem. Don’t be daunted by its length. You may count the readings of “the vision” and “the answer” as your scripture study today. Enjoy the celebration!

Stories like these are included in the new app: Witness of the Light. See a sample of the app and learn how to purchase it for your iPad here: www.josephsmithwitness.com