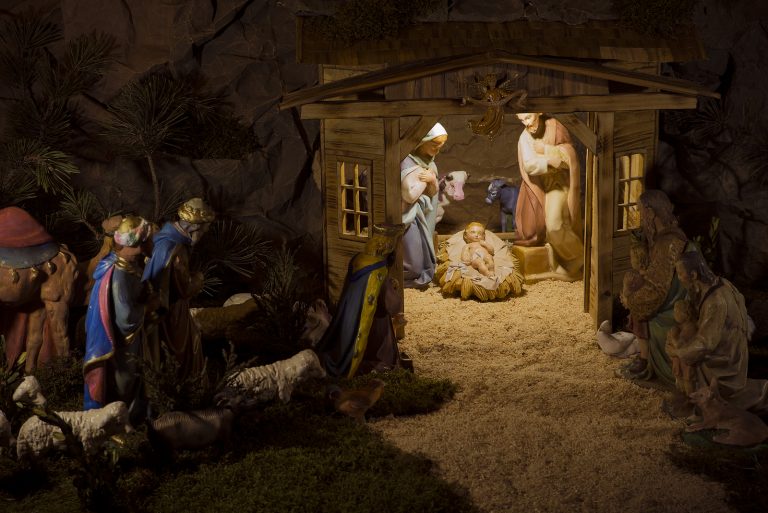 To some, the “take-over” of Christmas by commercial interests and media inundation, is insurmountably frustrating.  To others, it is just evidence of the spiritual decrescendo of the end-times.  But perhaps the sacred spirit of Christmas can be rekindled in our families, especially with our “Santa Claus” enthused little ones by using the power of symbols.  When Adam became increasingly concerned with his fallen future and the impact upon posterity, Father not only used symbols to teach him but then instructed Adam to use the plethora of the symbols embedded in creation to teach the solutions to the fallen condition. [i]

What do we think of when someone mentions Christmas?  Do we count the days left for buying all the presents, or until school is out?  The commercialism of such a sacred time seems to bulldoze the meaning into telestial values.  The symbols of Christmas are compelling and beautiful but certainly more and more secular.

Yet Jehovah taught Adam that symbols of Christ are found everywhere.  All must mean all, 100%.  We literally swim in an ocean of divine symbols that typify our creator and king.  But why?

The apostles asked that very question when their master used an extended parable full of symbols.  His answer is instructive but easy to miss.  He tells them that because they are ready for the mysteries, he used symbols.  Then He interprets the symbols for them.  Why not just do so in the first place.  Yes, there were others not ready but perhaps the message lies in the idea that a “mystery” is something that He wants to teach us Himself.

The multiple possible meanings of symbols results in many interpretations.  One man’s interpretation is often another’s yawn.  Asking God for understanding allows the symbol to be a catalyst for revelation with its incremental transformation of our hearts, minds, and resultant character.

Making a list of commercial Christmas symbols and checking them twice could allow us to see them in sacred ways and experience the enlightenment that only the Spirit can bring.  President Russel M. Nelson saw much in the context and culture of the first nativity that is likewise enlightening and may allow the Spirit to communicate even more as those ancient realities become modern symbols.

Our loving Father, from the beginning of time, has even provided us with types and symbols through the very lives and circumstances of those who would proclaim His coming, suffering, and transcendent victory. Adam, Enoch, Noah, Abraham, Jacob, Joseph, Moses, and Joseph all lived and experienced things typical of what Christ would live.  Not only their words but also their lives prophesied of His reality.

It should be no surprise to us that if each of those who preceded Christ lived and suffered in similitude of Christ that he that would open this last dispensation would also lead a life in the image of our redeemer and God.

During this time of celebration of the birth of Christ, is it not appropriate for us to note these lives in parallel? The Jesus, known without what was restored by Joseph, is too often rejected by scholars as illogical and contradictory.  Joseph, born two days before we celebrate the birth of Christ, opened our eyes and hearts.  A few of these parallels include:

Both of them were born in the humblest of circumstances celebrated during the winter solstice when the dark nights are at their longest but begin the slow crescendo to light and warmth.

Both were born in small towns named for their symbolic significance to their missions and purpose.

Both were of noble birth and linage. From the Biblical record, it is obvious that the heavens brooded over the generations leading to the sacred nativity.  Brigham Young stated, “It was decreed in the counsels of eternity that Joseph Smith should be the man, in the last dispensation to receive the fulness of the keys and power of the priesthood.  The Lord watched over his father, and his father’s father and over their ancestors back to Abraham, and from Abraham to the flood and from the flood to Enoch and from Enoch to Adam.  He watched over this family and their blood circulating from its fountain until the birth of this man.  He was foreordained in eternity to preside over this last dispensation. By, JD, 7:289-90

[i] Moses 6:58-63 “Therefore I give unto you a commandment, to teach these things freely unto your children, saying:” Followed by a long example of how and why to use symbols.