Can Your Conversations Use Some ‘Design’ Work? | Meridian Magazine 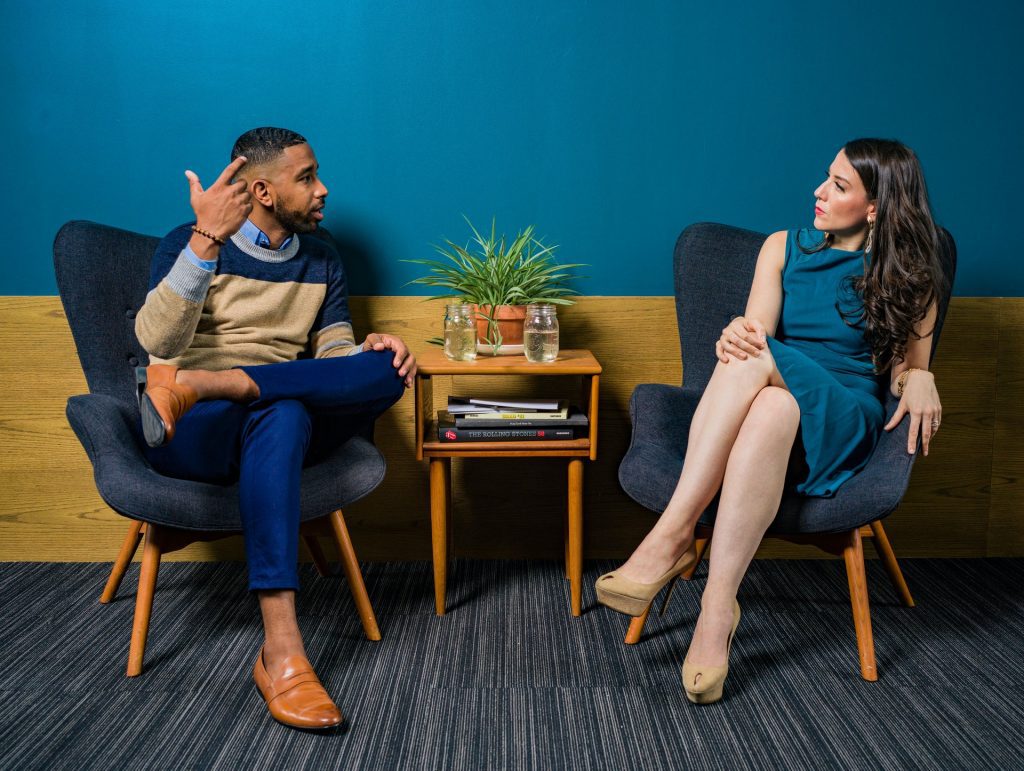 Can Your Conversations Use Some ‘Design’ Work?

We’re living in a world where civil conversation seems to be a lost art. People are polarized on virtually every issue imaginable. And the talking heads on cable news seem determined to out shout and out insult each other. One-way social media rants merely add to the poison.

Rather than approach his subject from an academic perspective, Fred uses a designer’s set of tools. He was global managing director at IDEO, an international design firm. In that role, he helped organizations in media, finance, retail and healthcare confront disruption stemming from shifts in consumer behavior, social trends, economic pressures, and new technology.

Fred transports us to conversations in such wildly different settings as Quaker meetings, a Fifty Shades of Gray book group, pilgrimages in the Himalayas, and LGBTQ knitting circles.

He offers what he calls Seven Cs of a productive conversation. He uses this approach in his consulting work as well as in his service on the boards of the New School, NPR, and the Sundance Institute.

Rodger Dean Duncan: You’re a recognized expert in the use of language. How does that interest dovetail with your work at IDEO, a global design company?

Fred Dust: In the work I did at IDEO and that I continue to do with global foundations like the Rockefeller Foundation, I’ve found that dialogue is the earliest and least deadly way to resolve fundamental issues as well as solve significant problems.

In essence, a good strategy in business or otherwise should be treated like a prolonged conversation. And when you design that conversation well, the result feels like it’s owned by everyone in the conversation.

Duncan: What’s the difference between talking and conversation?

Dust: Talking, chatting, gossip, midnight whispers, and secrets are the richest part of our lives so should not be belittled.

But the conversations I’m talking about are hard conversations—dealing with hard problems, tackling a sensitive subject, or facing a topic that scares us. Scary conversations can range from talking to your daughter about her social media usage to talking to the CEO of your organization about a crisis.

Nowadays you don’t have to look far for a scary conversation.

Duncan: You suggest that there are Seven Cs of a creative conversation. What are they?

They are Commitment, Creative Listening, Clarity, Context, Constraints, Change and Create. And they are meant to be implanted into a conversation in that order. Starting with Commitment helps.

Duncan: Why do you say commitment is the first step to a successful conversation? Commitment to what? To whom?

Dust: The idea is to commit to the people in the conversation first, and your ideas second.

By the way, doing that is really hard! It’s the opposite of what we are taught. We grow up with the idea that our values come first. I also suggest that you commit to things you’ll take action on and progress the work. If you’re not committed to an organization, or the people in a conversation, consider not committing at all. I sit on a board with a woman who firmly does not believe in the mission of the organization but continually says: “It’s good to have a naysayer, it’s good for me to challenge them.” I disagree. I think if you can’t commit to being a part of the solution or commit to helping, maybe it’s better to just step aside.

Duncan: What role does commitment play in a person’s ability to muster the courage to engage in a difficult conversation?

I once took a job as a leader of a complex organization and the very first discussion with the organization was going to be challenging and difficult. I asked the person in charge, “So, what’s the plan?” Their response was, “Just be super charming.”

I didn’t take the role. “Be charming” is not a plan. At least not a very safe plan.

Duncan: How can someone take control of a conversation’s context without coming across as, well, as controlling?

Dust: So many ways! One of the simplest and most underutilized ways is just asking to pause the conversation for a bit. If you don’t feel comfortable asking for a pause or asking for a reset, suggest a “bio break,” which gives you time to think of what might be done. It also breaks the flow of the conversation, especially if you sense it heading in a wrong direction. It’s what I call a “peaceful interruption” and it allows you the opportunity for a fresh restart.

The trick here is to figure out how to intervene in a way that feel’s natural to you: humor, a pause, or a question that isn’t going to feel uncomfortable.

Duncan: What are the signs that a conversation is headed for trouble?

Dust: There are signs that we can read before we even enter a conversation. A meeting at 3 p.m. is going to be worse than one at 10 a.m. That’s physiological

Is the conversation lasting three days when it could be accomplished in only 90 minutes? Will there be food? Is it all presentation-based? Is it a 15-minute check-in on something that instead needs an hour? Is the conversation in a space where other bad conversations have happened (layoffs, perhaps)? These can all give you hints before you even go into a meeting or conversation.

Duncan: What can a leader—and an organization—do to create a culture of effective conversation?

Dust: One of the things I suggest is for people to start keeping conversation notebooks. (Bear with me for a second). Any kind of notebook where you jot inspiring or interesting things, but the key is to center it around places, people or topics where you’ve had great conversations. We see good conversations all the time. We just might not notice. People who pay attention to conversations are really good at unpacking what made them work.

Breakfast meetings are an example from my own work life. Breakfast conversations have an inherent hope built into them. They start the day. They’re over food. They’re time bound. So, when I ran the New York office of IDEO, our important all staff weekly business check-ins happened when possible over breakfast. It just tended to give a little more optimism to what could have been, and sometimes were, hard conversations.

Duncan: Feedback and coaching are important ingredients in people’s personal and professional development. What role can a person’s own conversation skills play in that development?

Dust: Feedback is a delicate dance. And like any good conversation, it should be governed by a set of principles or constraints. In my own life, some of the hardest kind of feedback I’ve given or gotten has been critiques—design or otherwise.

One of my mentors, Bill Moggridge (one of the founders of IDEO), used to review my work. When I started at IDEO, I was the first architect. Bill acknowledged that he was not an architect. But the reality was I needed someone to review my work. When Bill started a critique he would ask “Is there anything in your work that is precious to you and that I should not touch?” Second, he would ask “Where do you really need help?”

Those two questions became the baseline of my practice and I still use them to start a critique with my team.