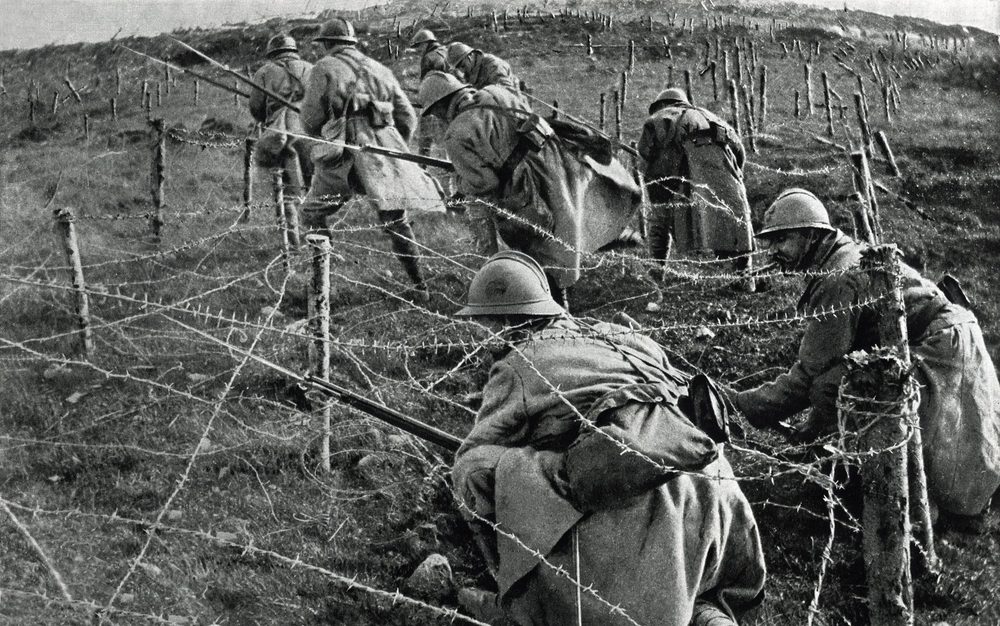 Mrs. Levi continued with her story that Halloween night. She had finally put the challenges of her youth behind her when her husband was called to fight in The Great War.

“Now-a-days they call it World War I,” she said. “But back then, we called it The Great War.

“We had two children by then, and life seemed so good. William was a wonderful husband and worked hard to provide for our small family. We had moved far away from my aunt and uncle, who treated me like a servant, but that meant we were also far away from William’s family. But we kept in touch with them and also with my cousin Leah.

“My uncle had a poor year with his farm, and since he was too lazy to work and rented it out, he only got half of what it made. That year he borrowed against the farm. The next year was a bad one, too, and he ended up losing it. After I left, they made Leah do most of the work. So, when William was called up to serve, Leah came out to help me. She had recently turned eighteen, and it was a good excuse for her to get away.

“Leah and I worked hard to run the farm and take care of my children. We had good neighbors that helped plant and harvest. But the most challenging part of all was how much I missed William.

“It seemed like the months and years went by so slowly while he was gone. But then there was talk that the war might be coming to a close. I was excited, thinking that William might be home for Christmas. But then something horrible happened. The military informed me that William was missing in action.

“I wondered how God could let that happen so close to the end. I thought it had to be a big mistake. But when his weekly letters quit coming, I knew it was real. I seemed to have lost my will to continue on without him. If I was grateful for Leah before, I was even more so then. She took care of almost everything because I just seemed to be in a constant daze.

“The armistice was signed, and the men started coming home. I continued to pray that somehow, somewhere, William was still alive. Then, one day, I got a wonderful surprise. He was alive, though barely. He had been wounded and taken prisoner. He had little medical attention, and when his prison was liberated, he was in critical condition.

“We fasted and prayed a lot. I wanted to go to him, but it wasn’t feasible, nor did the military want me in the way. Information was infrequent, but it sounded like he was getting better. Then one day, there was a letter in William’s handwriting. I was overjoyed. He was going to get well and would be coming home. He wouldn’t be home for Christmas, but he would be coming home.

“It was February when we went to the train to meet him. He was shocked to see how our children had grown. He was using crutches and walked with a limp for the rest of his life, but he was home to stay.

“Leah went off to a local college, and we helped provide her with food and whatever support we could. Just before she graduated, she married a wonderful young man, a distant cousin of William’s that we introduced her to.”

Mrs. Levi then looked at the clock. “Oh, my goodness! Look at the time. Your parents will be worried sick about you.”

I looked at my watch, and it was very late. I was sure my friends would be finishing up their Halloween fun. I decided there was no use in going to join them. But I wasn’t sad about it. I figured I had as good of a Halloween as I could have had helping Mrs. Levi get in her harvest, hearing an incredible story, drinking hot chocolate, and eating her delicious cookies from her cookie jar.

As I was about to leave, she said. “Now, don’t you be a stranger. There will always be cookies in that cookie jar for when you come back.”

I promised her I would be back, especially the next Halloween.