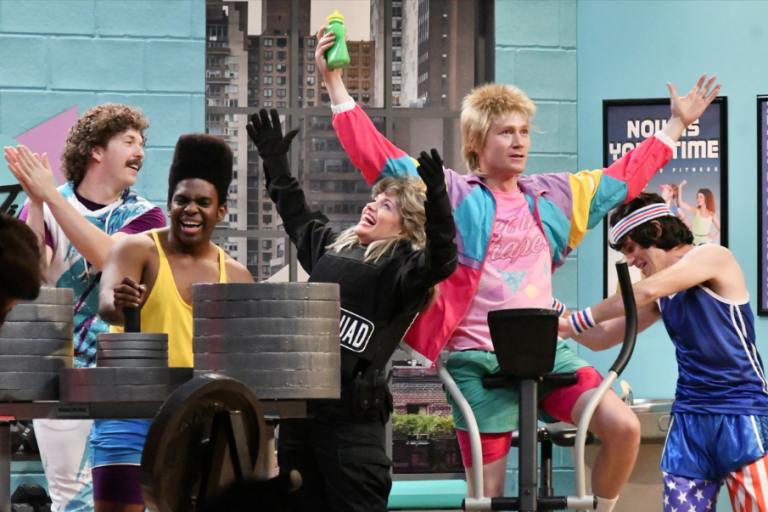 The season nine premiere of “Studio C,” which airs on BYUtv Sept. 10 at 7 p.m. MDT, is a milestone for the Provo-based sketch comedy troupe.

It’s the first episode to be filmed in New York City, where the group traveled at the end of August to perform at the Manhattan Center’s Hammerstein Ballroom. The live-taped performance was hosted by Kenan Thompson, known for his own sketch comedy career on “Saturday Night Live.”

It’s the last season premiere that will feature the 10 original “Studio C” cast members, including Matt Meese, Mallory Everton and Whitney Call. All 10 original cast members will be embarking on a new comedy venture together, which will be announced later this year.

About half of the sketches for season nine, Andra Duke said, were taped with a live audience in Studio C, one of the three studios at the BYU Broadcasting building and the show’s namesake. In season eight, the show veered away from live tapings with a studio audience.

“The stage sketches have such a different energy than the pre-recorded segments,” Duke said. “Both are wonderful and they bring different elements to the show, and so we wanted to make sure that we had a good blend of both this season. It was such a hit to have it back in studio.”

In addition to the changing face of Studio C, BYUtv announced three new family-friendly shows. To read about them, click here.