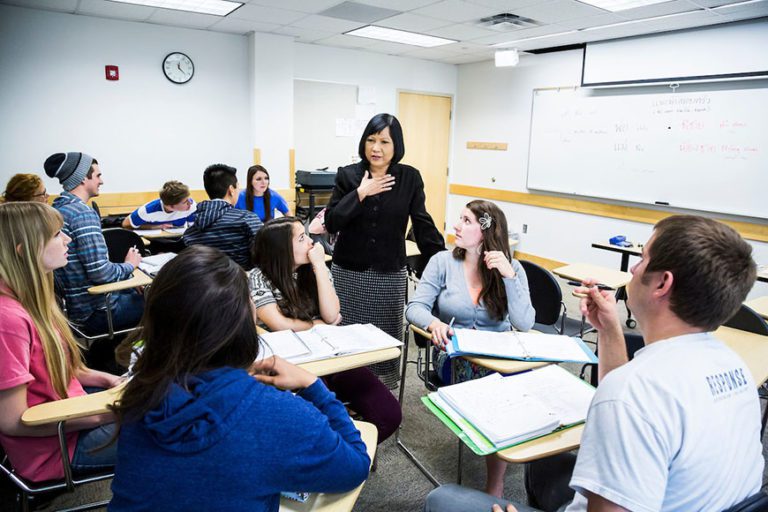 BYU Study: Immigrant students raise academic performance across the board

A group of researchers from BYU and the University of Albany recently tested the claim that immigrant students drain resources from native-born students — but they found just the opposite to be true.

Both native-born and immigrant students performed better in school in contexts with higher immigration. In fact, the study discovered if immigrants live in the same conditions as native-born students, they are statistically indistinguishable in terms of academic achievement.

Better test scores were reflected in all three groups alike.

“We were really interested in looking at education because we thought kids would be the most vulnerable citizens of the host country,” Dufur said. “If you were going to drain resources from kids, you should really see an effect of that and you might want to have stricter immigration policies to protect them.”

“We were pleasantly surprised it wasn’t just a neutral effect for the native kids but that they actually did better with more immigrant kids in their class,” Dufur said.

To gather the information needed, the group looked at 41 high-income countries and used the data to examine the perceived costs of the “strain” immigrant populations have on students in host countries. The study consisted of more than 260,000 students from more than 10,000 academic institutions.

In addition to the students’ immigrant status, the team examined academic mathematic achievement, the moderating effect of student socio-economic status on achievement and how country-level foreign-born population affects both immigrant and native-born students’ performance.

In the study’s conclusion, policymakers should consider the positive economic, cultural and social aspects of a strong immigrant population when drafting or evaluating immigration procedures. Individuals also reap other benefits from contexts with high immigration.

The findings were recently published in sociology journal Socius, written by co-authors and BYU sociology professors Dufur and Jonathan Jarvis, and the lead author Florencia Silveira, a PhD student at the University of Albany who received her undergraduate and master’s degrees from BYU.

Was there any differentiation between legal and illegal immigrants? I don't know anyone that has a problem with legal immigration. We take more immigrants by far than any country in the world. The problem is people who don't follow the law. That is a documented financial burden for generations. Maybe it's supposed to offer us comfort that children will do better in school so they can be successful enough to pay the amount of money required by our government through taxes to support the cost.

If 41 countries were involved then the number of schools or students in each country were limited. If you only collected data on 7,000 US students, that is not a representation. The issue with immigrant students is not only what the grades are. The real issue is resources are limited when there is an influx of students without an equal number of households paying into the system with taxes. Overcrowded classrooms, limited supplies, out of date books, overworked teachers all add up. I live in an area that has always had a large number of immigrant students coming in. My high school student is using a sociology book that was printed in 1980 with over 40 kids in a classroom. That is a problem