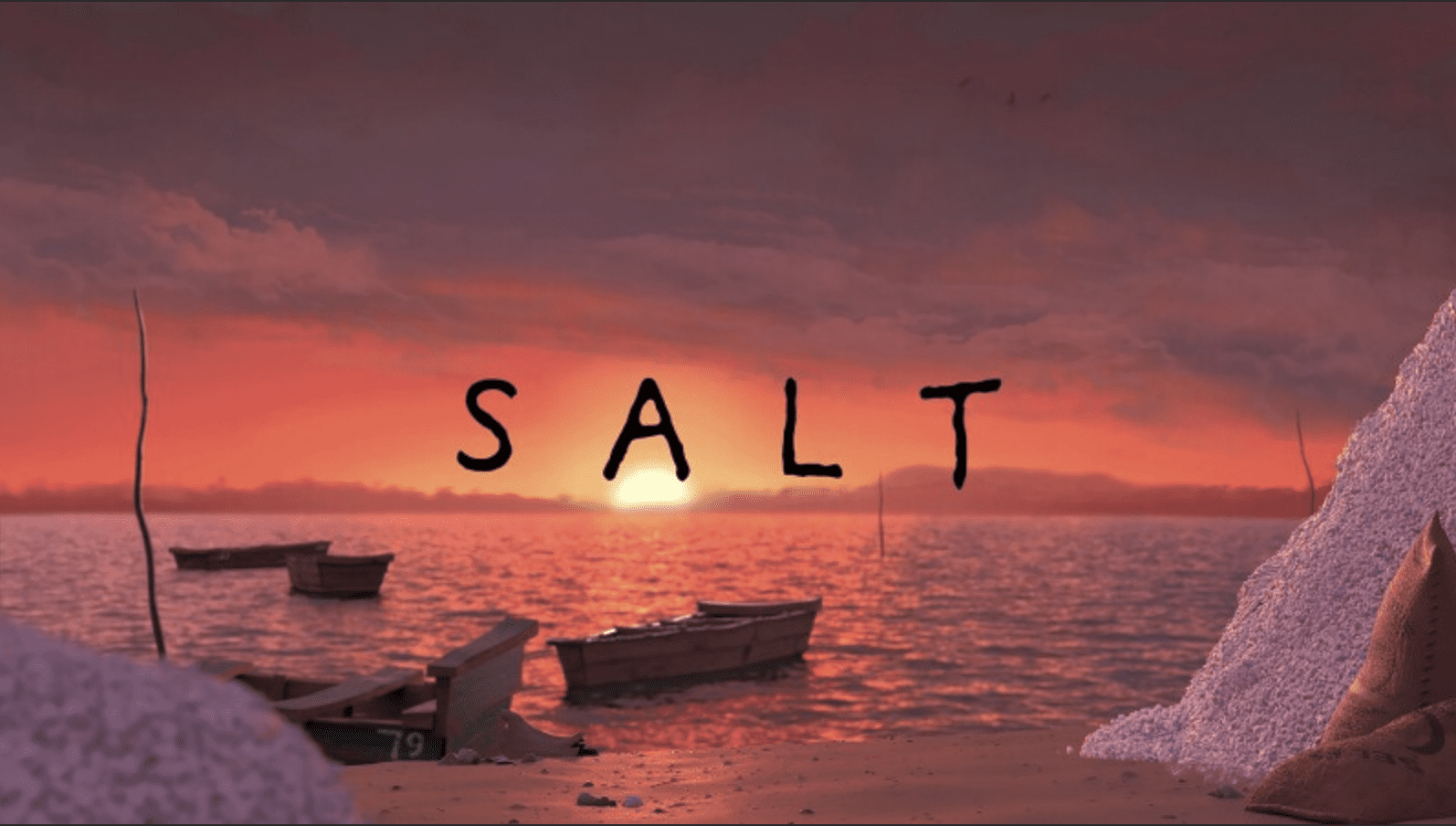 The work of the BYU Center for Animation continues to receive national recognition. A short film named “Salt,” directed and produced by BYU students, was recently screened at the Chicago International Children’s Film Festival — the oldest film festival in the country and the largest in the world.

Student director Alicia Scott and student producer Dallin Jones worked with roughly 50 fellow students to make the film a reality — a project that began in October 2018 and was completed in May 2020. They estimate thousands of hours went into the project, which was supervised by BYU professors Kelly Loosli, Seth Holladay, and recently retired professor R. Brent Adams.

The film depicts a mother and daughter in the African country of Senegal who work hard to harvest salt by day and enjoy music by night. The short film masterfully highlights the importance of family and joy without the use of dialogue between characters.

Scott said she wanted to create a film depicting a Senegalese family after she took a DNA test and was surprised to learn that some of her ancestry had roots in Senegal.

“When I learned that I had heritage in Senegal I was amazed. It was something I didn’t know. I wanted to learn more about this place and the people living there,” she said. “Basing our film in Senegal is a small tribute that I could offer.”

Scott and Jones poured themselves into research, learning everything they could about Senegal to ensure their film was accurate. They read nearly every book about Senegal in the Harold B. Lee Library, spoke with BYU professors across campus who had taken students on study-abroad trips to the country, and even spoke with a delegate from Senegal. They also studied music and instruments native to Senegal.

“We took inspiration from all of these sources so that the animation would be as realistic as possible,” said Jones.

While both Scott and Jones graduated with degrees in animation from BYU in 2020, they’re pleased to see the film they created continue to gain exposure and recognition. But what they’re most proud of is the relationships and friendships they built during their time at BYU.

“I think so highly of the animation program at BYU,” said Jones, who now works at Avalanche Studios in Salt Lake City. “The culture created is really unique and one of the main reasons the program has been so successful. It’s a culture of encouragement and persistence and diligence.”

“What makes the animation program great is the closeness of the group,” she said. “It’s a small, tight-knit group, and I got to know people really well. We all became good friends. I’m mostly grateful for the friendships I gained.”

The goal of the BYU Center for Animation is to help students bring out the best of themselves and make an impact in media for good — something that was accomplished with this short film, said Loosli, co-creator and current director of the BYU animation program.

“Every film and every student bring a different experience,” he said. “But no matter what, we see growth in each student. That growth is more than just learned proficiency through applied technique but rather a personal determination to do their best work and a knowledge of their own strengths that they didn’t know before.”

Established in 2008, the BYU Center for Animation operates under the direction of the animation program and two colleges: the College of Fine Arts and Communications, and the College of Physical and Mathematical Sciences. The Center for Animation is intended to provide students with the skill sets necessary for success in the animation, live-action, special effects and game industries with emphases on both the artistic and technological avenues. Many animation students go on to work for major studios such as Walt Disney Feature Animation, Pixar Animation, DreamWorks Animation and Blizzard Entertainment, among many others.

To learn more about the BYU Center for Animation and to view past films, visit animation.byu.edu.