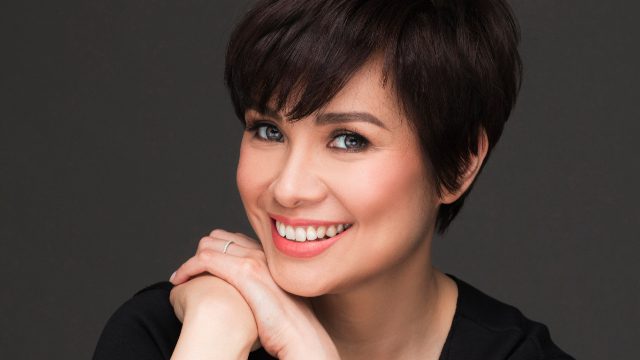 Acclaimed Broadway singer and actress Lea Salonga will be the featured guest artist at this year’s Christmas concerts by The Tabernacle Choir and Orchestra at Temple Square. The performances are scheduled for December 15, 16 and 17, 2022, at the Conference Center in Salt Lake City. Under the direction of Mack Wilberg, music director of the Choir, and Ryan Murphy, associate music director, Salonga will ring in the Christmas spirit with live audiences after two years of concerts that were impacted by the COVID-19 pandemic. As in past concerts, there will be a guest narrator, who will be announced later.

“We are delighted to have Lea Salonga with us as we welcome the community back to the Conference Center for our Christmas concerts,” Wilberg said. “Her compelling voice will bring the holiday spirit to the hearts of our audiences with joy, peace, light and love.”

Salonga is a multiple award-winning actor and singer renowned worldwide for her powerful voice and perfect pitch. She is best known for her Tony Award-winning role in “Miss Saigon.” In addition to the Tony, she has won the Olivier, Drama Desk, Outer Critics Circle and Theatre World awards in the field of musical theater.

Many fans of all ages recognize Salonga as the singing voice of Princess Jasmine from “Aladdin” and Fa Mulan for “Mulan” and “Mulan II.” For her portrayal of the beloved princesses, the Walt Disney Company bestowed her with the honor of “Disney Legend.” Salonga’s 2022 Dream Again Tour and her 2019 The Human Heart Tour saw sold-out audiences and record-breaking sales across North America and the United Kingdom. She currently stars in the HBO Max series “Pretty Little Liars: Original Sin.” An avid techie and gamer, Salonga divides her time between the United States and Manila, Philippines.

This year’s concerts signal a return to normal after the pandemic forced the cancellation of the 2020 Christmas concerts and closed the 2021 concerts to the public. Despite the challenges presented by the pandemic, the Choir continued its Christmas concert tradition with a special featuring Brian Stokes Mitchell, which was taped in 2020 and aired on television to great acclaim last December. For the live concert in 2021, Broadway star Megan Hilty and renowned film and television actor Neal McDonough joined the Choir, the Orchestra and the Bells at Temple Square and the Gabriel Trumpet Ensemble for a performance that was taped for airing this year. The concert, “O Holy Night: Christmas with The Tabernacle Choir Featuring Megan Hilty and Neal McDonough,” will be broadcast on PBS on Tuesday, December 13, at 8 p.m. EST and on BYUtv on Sunday, December 18, at 8 p.m. EST.