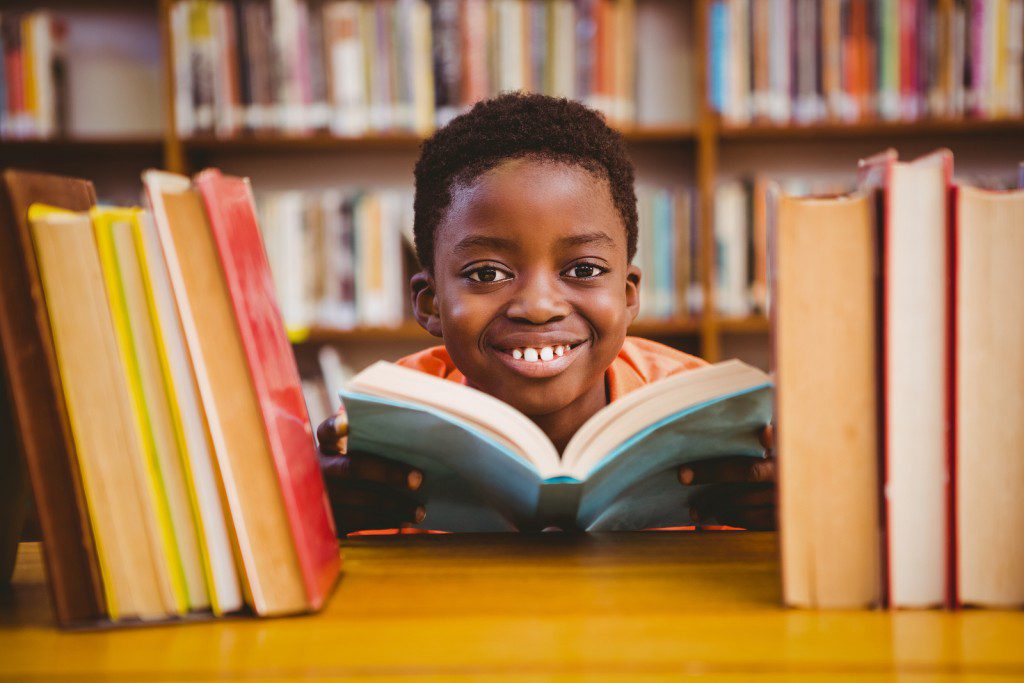 Books about great people in history make for inspiring reads. Here are some awe-inspiring books about real people that overcame much to become a tremendous influence to all around them. But first, I need to mention the nationally celebrated book awards geared for children that were recently announced. The Caldecott Medal winner (for outstanding picture books) for 2016 is “Finding Winnie: The True Story of the World’s Most Famous Bear”, illustrated by Sophie Blackall and written by Lindsay Mattick.

Voice of Freedom: Fannie Lou Hamer (Spirit of the Civil Rights Movement), poetically written by Carole Boston Weatherford, and magnificently illustrated with collage on paper by Ekua Holmes, showcases a woman who endured much prejudice, abuse and poverty and eventually overcame it all to spearhead rights for African Americans. Every open page entry shows another part of Hamer’s life and challenges and how she dramatically rose above it all. Be sure to check out the author’s notes, timeline and bibliography at the back. This book won this year’s Caldecott Honor.

The Girl Who Buried Her Dreams in a Can: A True Story, by Dr. Tererai Trent, and beautifully painted with soft hues of watercolor by Jan Spivey Gilchrist, depicts the importance of writing down goals and desires in order to strive to achieve your dreams. Dr. Trent grew up in Zimbabwe where girls were not allowed to go to school, learn to read and write and do anything but cook, clean and fetch water. Her dream was to one day go to America to achieve all of her dreams. She wrote them down and placed them in the ground as she worked hard to accomplish these dreams. This story of courage and the importance of education and goals will touch and inspire all who read it! There’s also more information about Dr. Trent found at the back of the book.

Sewing Stories: Harriet Powers’ Journey from Slave to Artist, by Barbara Herkert, and brightly painted with mixed-media by Vanessa Brantley-Newton, is a story about a little known artist who lived during the Civil War. She learned to quilt and color fabric from natural products at a very young age. This amazing talent grew in ability as Powers grew up. It enabled her to support her family as she used her quilting ability to support them. Her quilt squares are now considered priceless as they demonstrate African American folk art.

Frederick’s Journey: The Life of Frederick Douglass, by Doreen Rappaport, and gorgeously painted covering entire pages by London Ladd as demonstrated on the cover (which features his furrowing facial expression), briefly tells his life from slave to internationally renowned writer and lecturer. It is evident that this outstanding man was highly intelligent and had a gift with words. There are some illuminating quotes found throughout the book.

Jump Back, Paul: The Life and Poems of Paul Laurence Dunbar, by Sally Derby, and sprinkled with acrylic and pencil paintings by Sean Qualls, blends the beautiful poems found throughout with a lyrical narration of Dunbar’s life. The first sentence begins with a folksy twang, “You never heard of the poet Paul Laurence Dunbar? Child, where’ve you been?” I don’t believe I’ve read a better biographical book about a poet than this!

Who Was?…series is published by Grosset & Dunlap and gives a brief history of famous people. These small chapter books are filled with black and white drawings and the text is larger making these non-fiction books perfect for ages seven through ten. A set of five books called Heroes of Black History includes Rosa Parks, Jackie Robinson, Martin Luther King Jr and Harriet Tubman. There are also two separate chapter books in the same format which are Who Was Sojourner Truth? and Who was George Washington Carver?

Roll of Thunder, Hear My Cry, by Mildred D. Taylor, is celebrating its fortieth year anniversary. This book won the Newbery Medal back in 1976 and still reads as fresh and pertinent today as when it was first published. Here is a story about courage, perseverance, fortitude, and family, all in the face of tremendous challenges at a tumultuous time in history. It’s the 1930’s and nine-year-old Cassie and her family have won a small farm in Mississippi. But now there’s

grave danger in losing it because of the color of her family’s skin. She has been raised not to think about skin color but to rely on the importance of a positive attitude and developing honorable traits. But Cassie is about to be introduced into the realities of the world at this difficult time. This book builds all of the characters so perfectly, you begin to feel as a part of their family. This is perfect for ages nine through adult.

The Hero Two Doors Down (The True Story of Friendship between a Boy and a Baseball Legend), by Sharon Robinson, tells how young Steven loves his beloved baseball team, the Brooklyn Dodgers. The year is 1948 and he lives in Brooklyn with his Jewish family in a Jewish neighborhood. But then he hears of an African American family moving nearby. He discovers it happens to be his hero, Jackie Robinson. The story is moving and endearing – and true!