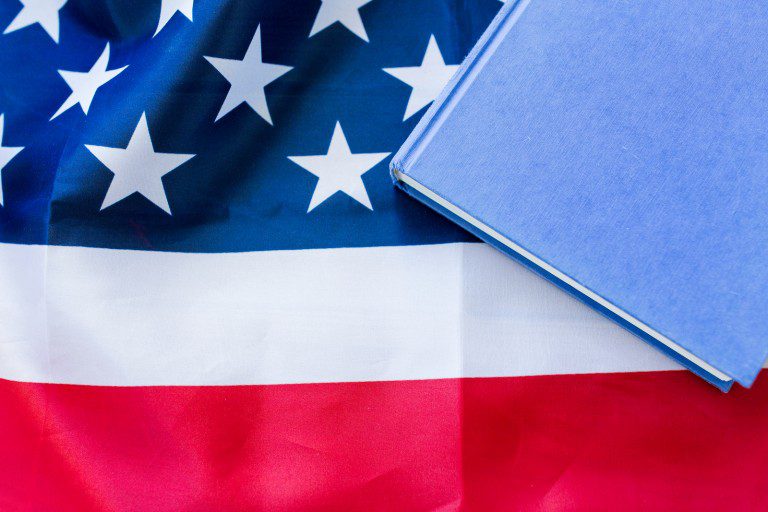 Books About “America the Beautiful”

Independence Day will soon be here and what better way to celebrate than educating and enlightening your family with books about our history? All of these books, except for the last two, are picture books and are good for all ages. The last book is a historical fiction and the one before that is a non-fiction book which is good for ages nine and above.

Patrick and the President, by Ryan Tubridy, and beautifully illustrated with watercolor by P. J. Lynch, tells the true events of when President Kennedy visited his ancestral home in Ireland. It’s told from young Patrick’s viewpoint and with excitement and anticipation leading up to this renowned visit. President Kennedy said it was the four best days of his life. Sadly, it was his last international visit as he was assassinated later that year. But this picture book gives another perspective on our president who left this world at the young age of forty three.

Abraham, by Frank Keating, and gorgeously painted by Mike Wimmer, is a concise biography told in first person about this great man, Abraham Lincoln. It begins with his humble beginnings living in a log cabin where there was only packed dirt for a floor. One of the great points of emphasis made clear while he was young was his love of reading. He had a tremendous sense of how reading and knowledge could help him improve his circumstances and ultimately the country. There’s also the emphasis of how hard work is also a part of this goal. This picture book takes you through the Civil War and ends with his greatest address at Gettysburg. There is a full-size breathtaking painting on every open page.

Teddie: The Story of Young Teddy Roosevelt, by Don Brown, shows a young Teddy in a completely different light than when he was President of the United States. When he was an adult, he was full of stature and seemed undaunted with any type of physical obstruction. But this small picture book reflects a sickly, asthmatic and skinny boy. This book has a terrific undercurrent that shows that these maladies that Roosevelt suffered when he was young didn’t hold him back. The illustrations were done with pen, ink and watercolor, as well digitally created. Check out a timeline of his life in the author’s notes found in the back of the book.

Rolling Thunder, by Kate Messner, and painted with beautiful precision by Greg Ruth, is a beautiful poetic ode honoring veterans. All armed service military who came back after war – and those who didn’t – are in this very heartfelt story. Every Memorial Day in Washington, D. C., more than a million veterans and their supporters come for the annual Rolling Thunder Ride For Freedom to honor all who fought for our country. “Motors Growling, roaring, near / crowds that cry and wave and cheer, / raising flags of white and black for those who never made it back”.

Soldier Song: A True Story of the Civil War, by Debbie Levy, and interestingly illustrated with lush hues of blues and a palette of pinks and oranges by Gilbert Ford, describes a song that brought both the Confederacy and Union together. This true story reflects the same desires of men fighting on opposing sides even when their commanders insist they keep fighting. It happened during Christmas and a very popular song had sprung and spread across the country. The song was “Home Sweet Home” and the story goes that once a trumpeter began playing across the river, the opposing side continued until both sides were at peace playing this comforting song. Be sure to check out interesting historical information found at the back along with the actual song.

Dive: World War II Stories of Sailors & Submarines in the Pacific, by Deborah Hopkinson, highlights little known stories about real heroes and their sacrifices to help the United States win the war. There are stories about African Americans, women and young sailors who put their lives on the line daily. When Pearl Harbor was bombed in 1941 by the Japanese, America lost most of its ships. It was up to the rest of the ships (which were mostly outdated), along with submarines, to fight back.

One story relates how the Seawolf’s submarine crew was upset when they learned they were to take out most of their torpedoes and replace with boxes of ammunition. They wanted to go to battle, not become a transport ship. But when they found that they were to deliver these boxes to soldiers fighting in grave difficulties in the Philippines, they quickly changed their minds. However, this became a very difficult voyage going through the Pacific which was being bombarded by the enemy. They had few torpedoes to fight back and their cargo was full of explosives! How they were able to survive and arrive at their destination made heroes of the entire crew!

Projekt 1065: A Novel of World War II, by Alan Gratz, is a gripping spy novel that involves mystery and intrigue. Michael is from Ireland but moved to Germany with his parents. He goes to a German school and has become part of the Nazi Youth. What the other students don’t know is he and his parents are spies. When he learns about a secret Nazi war mission called Projekt 1065, he must do all he can to learn more about it, even at the cost of his life. Here is a book that will keep you reading until the very end!