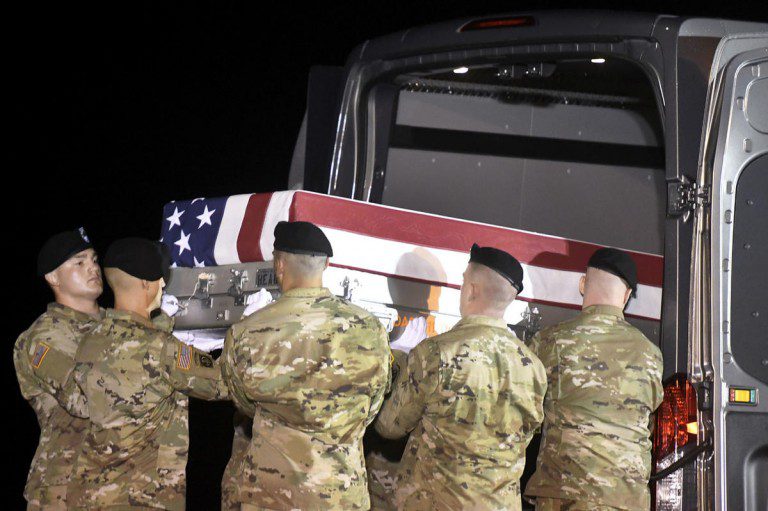 The remains of a Green Beret killed in Afghanistan last week will return to his southern Utah hometown on what would have been his 28th birthday.

Ahead of the Thursday homecoming, two services were scheduled to honor Army National Guard Staff Sgt. Aaron Butler, who grew up in Monticello. His funeral will be Saturday in the small town, and a vigil is planned for Tuesday night in Cedar Hills, where neighbors say he lived most recently before deployment.

Butler’s family members in a Monday statement said they had “heartfelt appreciation for the outpouring of love and support at this difficult time.”

Butler died in combat Aug. 16 in eastern Afghanistan, authorities said, when he was clearing a booby-trapped building. He was in the Utah National Guard 19th Special Forces and was part of a mission against the Islamic State in Nangarhar Province.

Following President Donald Trump’s assurance Monday that the war in Afghanistan would be a victory for American troops in the end, Butler’s parents said in a statement they believed their son would support possible changes designed to make the U.S. strategy more efficient, “even if it required additional sacrifice.”