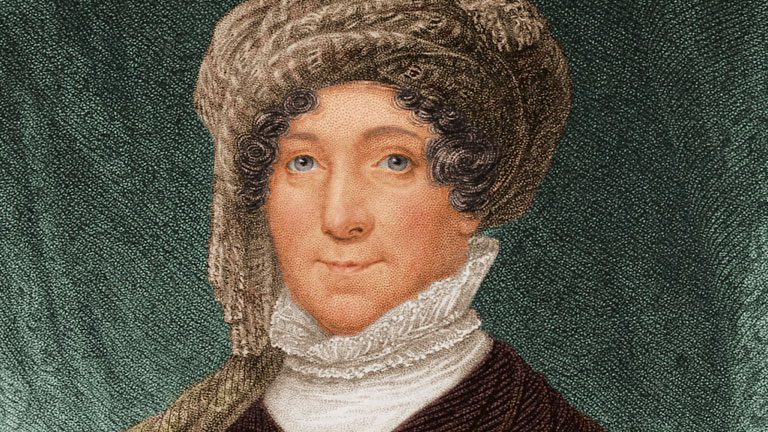 “Blessed Are the Peacemakers”: James and Dolley Madison and the Key to Making Peace Amidst Partisanship

To get your copy of Rodney K. Smith’s book, James Madison: The Father of Religious Liberty, CLICK HERE.

As a young man I had a vicious temper. Over time, I learned to keep that temper largely in bounds. That change finds its genesis in two teachers. First, my mother was so appalled by my anger and its toxicity in our home that she placed a sign up in our living room which read, “Keep your temper, no one else wants it!” Anger is destructive. The second lesson came as I read, internalized and memorized Matthew chapter 5 verse 9, “Blessed are the peacemakers, for they shall be called sons of God.”

Our nation and homes are in grave need of peacemakers. The seeds of anger and divisiveness are being sown at every turn. Thankfully, we have wonderful examples of peacemakers to whom we can turn as we seek after the fruits of peace and civility in our homes and nation.

James and Dolley Madison may be the two greatest peacemakers our nation has known. They unitedly presided over the United States of America in the final tumultuous years of its first generation. The attacks leveled against them were the most vicious, the angriest, that any leaders in our nation have ever had to endure. The opposition press threw fire on that unprecedented anger during a time of war, questioning Dolley’s chastity in the vilest of terms and painting James as a pathetic and weak leader whose death would be welcomed.

Day-by-day, James and Dolley drew on their respective talents responding in a manner that collectively quelled the anger that was consuming a divided nation, slowly leading the American people into the so-called Era of Good Feelings, when divisive partisanship was displaced by a sense that we are all Americans. How Dolley and James used their talents is instructive.

Paul Jennings a Madison family slave who earned his freedom wrote in his memoir that Dolley “was a remarkably fine woman [and] was beloved by everybody in Washington, white and colored.” As to James, Paul added, “Mr. Madison, I think, was one of the best men that ever lived.” America’s leading newspaper, the National Intelligencer, also eulogized Dolley in the following glowing terms: “Beloved by all who personally knew her, and universally respected, this venerable Lady closed her long and well-spent life with the calm resignation which goodness of heart combined with piety only can impart.” The Intelligencer added, “Wherever she appeared, every one became conscious of the presence of the spirit of benignity and gentleness [and she] touched all hearts by her goodness and won the admiration of all by the charms of dignity and grace.”

During two hotly contested presidential elections and a very unpopular war, Dolley responded to vile attacks addressed to her and public death threats against her husband with grace under fire. She opened the doors to the President’s House on a weekly basis, inviting friends and foes alike to festive gatherings. At those gatherings, she displayed her unique capacity to make everyone present feel important. In time, Dolley’s equanimity began to pay off – the hearts of enemies were softened, and minds were opened. It is little wonder therefore that at her death Dolley was honored by the American people with the largest parade in the history of the nation’s capital.

James regularly attended Dolley’s good will gatherings, adding his skills to hers. Dolley was ever gracious and James was ever respectful of the views of others. James listened carefully to the arguments of his opponents in a manner that demonstrated that he was determined to understand the reasons behind their opposing views. He was sometimes attacked for speaking quietly and deliberately, but those traits strengthened his capacity to listen and understand, enabling him to build bridges of agreement where angry differences had once prevailed.

There is great merit in dealing with anger and partisan differences as Dolley and James Madison did – with grace, active listening, and a genuine desire to build bridges to displace differences with understanding. Two missionary experiences shared with me demonstrate the effectiveness of the Madison approach.

In the first, a missionary son of a friend of mine was taunted vulgarly by a group of angry “anti-Mormons.” When he simply walked by, their anger reached a boiling point and one picked up a rock and threw it at the missionary, striking him in the head and driving him to his knees. Turning to his attackers, with blood flowing from his wound, the missionary kindly declared, “I forgive you for you know not what you do.” His attackers did not clamor for baptism, but they dispersed, humbled by the graciousness of a forgiving missionary.

The second experience was shared by a friend who was subjected to a vicious attack by an “anti-Mormon” who was determined to engage in so-called Bible bashing. When the attacker finally paused for a breath, my friend respectfully observed, “I am so impressed by your understanding of the Bible.” The attacker surprisingly responded, “You are different than other missionaries I have known. I think I like you.” Like James Madison, my friend had turned an argument into an opportunity for understanding.

Despite fierce partisan divides, at the close of their second term in office, the Madisons succeeded in finally unifying a grateful nation. They effectively saved America from itself by employing Dolley’s grace and James’s respect for others. It is little wonder, therefore, that John Adams, our second president and a Federalist wrote his enemy turned friend, Thomas Jefferson, praising the Madison Administration with these words, “Notwithstanding a thousand faults and blunders, [the Madison] administration has acquired more glory, and established more union, than his three predecessors, Washington, Adams and Jefferson put together.”

Our homes and nation will be better if we displace anger and division with Madison-like grace and understanding. When we do so, we will enjoy the fruits and blessings of being peacemakers.

Rodney K. Smith directs the Center for Constitutional Studies at Utah Valley University and is the author of JAMES MADISON: The Father of Religious Liberty. Dr. Smith recently finished a second book in his Madison series, DOLLEY AND JAMES MADISON: An Unlikely Love Story that Saved America.

I know now why you are so respectful of others even those below your station in life. I watched you keenly and closely at SVU and was touched by your humanity. Respect, brother.

Go see The Fighting Preacher and watch what the miracle peace maker, Rebecca Bean, does with her pies.