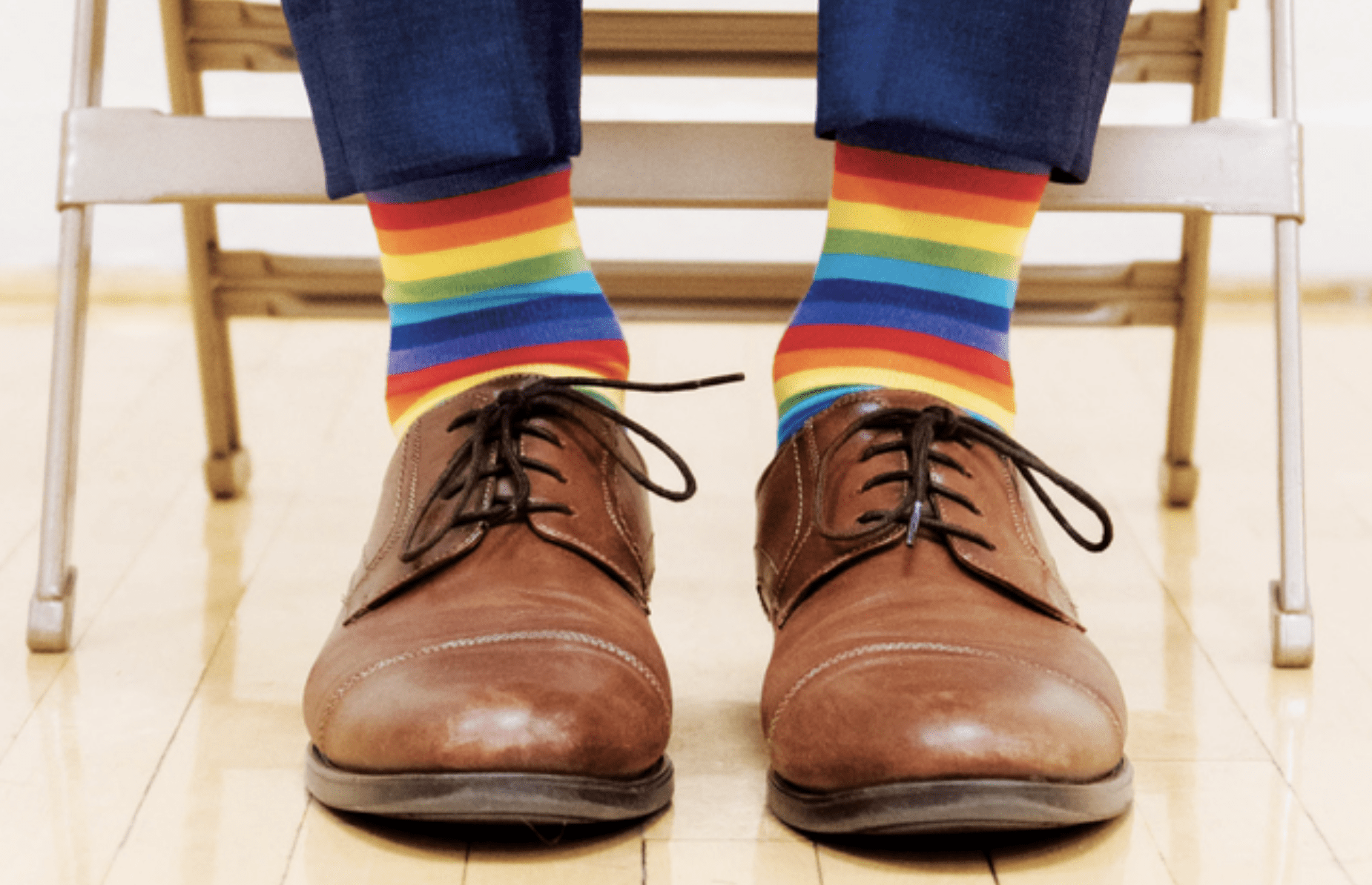 Ben Schilaty, a returned missionary and current BYU employee, has been asking himself hard questions about same-sex attraction for twenty years.

Finally, Ben figured enough out that he chose to share his hard-won wisdom in A Walk in My Shoes: Questions I’m Often Asked as a Gay Latter-day Saint, published by Deseret Book. This book has helped me understand the challenges faced by same-sex attracted Church members.

Reading this book, I understand so much better, thanks to Ben, the painful path he has walked since he was about 16. Only now am I beginning to understand that orientation and the limited options available for people like Ben. According to Ben, there is no choice about his gender attraction to men rather than women. After reading his book and meeting him, I believe him.

Elder M. Russell Ballard has taught that “the experience of same-sex attraction is a complex reality for many people.” He continues, “Even though individuals do not choose to have such attractions, they do choose how to respond to them.” Church leaders are often quoted as saying that it is okay to be gay and a member, but only if they do not “act on it.”

For more than a decade, Ben did all he could to change what he was feeling. When he was younger, some saw certain traits and mannerisms and started labeling him as gay. In fact, for a while he was called Bengay, a play on the well-known pain-relieving cream. He tried things like standing and walking in more masculine ways, but no matter what he did, he was simply attracted to men, not to women.

“I didn’t want to be,” Ben wrote. “It was just the way it was and is.” When he went on his mission to Mexico, he hoped things would change. “I told myself it was just a phase and if I would go on a mission, as a reward for my service, God would fix me.” However, three days after Ben came home, he again felt that attraction to men. “I got really scared. My mission hadn’t fixed me, even though I was sure it would.”

Ben didn’t like thinking he was gay, but he never felt like he wanted to be physically affectionate with a woman. Yet, because he had been taught in his youth that he should marry and have children, Ben kept trying. He went on 27 blind dates and took out more than 100 women, but his attraction toward men never changed.

When Ben was twenty-three, he told his parents that he was more attracted to men than women. His mother assured him it was a phase that would change when he had more experience, but it didn’t. His dad was understanding, and his parents continued loving and caring for him just as before.

Among all the dating in his effort to find someone to marry, Ben did find one woman, Emma, who he really enjoyed being with. As they dated, he told her about his same-gender attraction, but she didn’t seem to care or think it was a big deal. After a month of dating, they kissed, a first for each of them. It immediately didn’t feel right for Ben. Nevertheless, he was devastated when their relationship ended.

Later, Ben met a man he liked a lot—in fact, loved. This man, also gay, was moving toward leaving the Church and wanted to take Ben with him. However, as the man got to know Ben better, he realized that even if they had a same-sex marriage, Ben would eventually want to return to the Church because its teachings, especially about Jesus Christ and the Atonement, would continue to mean so much to him. So, that budding relationship also ended.

During this painful journey of accepting his involuntary homosexuality and trying to figure out what to do about it, Ben had to choose from only a few options:

Act on his feelings, have a romantic relationship with a man, and perhaps get married and leave the church. Many gay people choose this option rather than being alone.

Marry a woman and try to live a “normal” life. According to many of Ben’s acquaintances, however, this rarely works.

For Ben, the third option was the only acceptable choice. Having made his decision, he is now moving forward in the Church and enjoying a personal relationship with God and Christ. He finally feels that he has found his place in life and in the Church.

Ben has decided to be a friend and mentor to others who have homosexual feelings. His career gives him a unique opportunity to do so: Ben works in BYU’s Honor Code Office and serves as an adjunct professor and friend to many. He sees himself as an educator rather than an advocate, especially on some of the more fringe or extreme LGBTQ+ issues. He never takes the approach of one therapist he visited many years ago: “Same-sex attraction? That’s easy. We can fix that.”

Another option, which Ben mentions twice in A Walk in My Shoes, is a very scary one: suicide. Ben didn’t consider ending his own life, but he wrote about feelings he had years ago: “I longed for the day when God would take me home so I could be free of all this. I would’ve rather been dead and straight than alive and gay.” Years later, Ben told someone, “Being taught that I would be straight in the next life was dangerous and unproductive, because it just made me want to be dead so that I could get to that next life.”

After learning Ben’s story, I strongly feel that we need to befriend those who are different in their sexual orientation. Elder Ballard counseled, “We need to listen to and understand what our LGBT brothers and sisters are feeling and experiencing. Certainly, we must do better than we have done in the past, so that all members feel that they have a spiritual home where their brothers and sisters love them and where they have a place to worship and serve the Lord.”

We know that Heavenly Father loves all His children. As we strive to be more like our Eternal Father, we too should reach out and love all, even though they may look, think, talk, act, and be different than we are. Thank you, Ben, for helping me do just that and for writing A Walk in My Shoes.

Stephen W. Gibson is a contributing author to Meridian Magazine and usually writes about business topics as he is “confirmed” entrepreneur who for the last 20 plus years has concentrated on Social Entrepreneurism. Having met Ben and read his book, he feels this is a very important topic for members to better understand.

As parents of a son, a returned missionary, whose pull towards same-sex attraction was stronger than his testimony, I commend Ben for making the "non-dating" choice. We tried to explain to our child that many people never marry, and even in marriage, sexual intimacy may not be possible for very many reasons, nor is intimacy the only foundation of a marriage. We are all on a path where our future is not always clear yet we pray that our LGBTQ brothers and sisters can stay focused on the eternal promises of our Savior.

Thank you for this article. I think many parents, myself included, fear the growing trend of homosexuality for the children, not out of bigotry and hate, but because we don’t feel knowledgeable of how to help them navigate the struggles safely while still promoting gospel principles and Christ’s teachings. Yes we can and always will love them, but when they’ve got questions we may not have the answers to it creates fear that they’ll find those answers in dark places. I appreciate Ben Schilaty for writing his story as it gives not only people who share similarities with him, but also similarities with his parents, hope and guidance.