Believing in the Power of God | Meridian Magazine 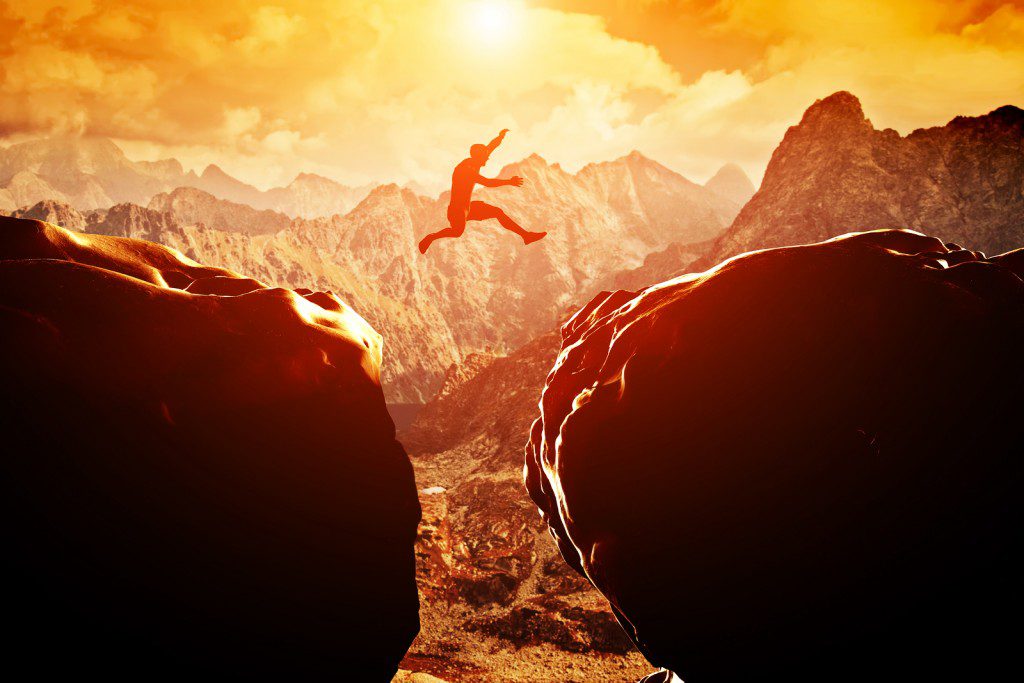 Believing in the Power of God

The power of God has been manifest in remarkable ways in behalf of his people. God has all power and he can do anything. The scriptures bear testimony of his omnipotence.

Abraham and Mary Learned of the Power of God

Three heavenly messengers appeared to Abraham. And announced to him that the promise of offspring, so long unfulfilled in his life, was about to be realized. “Sarah thy wife shall have a son” (Genesis 18:11) they told him.

Sarah, listening from the door of the tent, heard this declaration, and laughed within herself (Genesis 18:12), because “it had ceased to be with Sarah after the manner of women.” She was ninety years old (Genesis 17:17)!

The response of the three messengers was dramatic as they spoke of the power of God: “Is any thing too hard for the Lord?”

Mary was as skeptical as Sarah was about the promise of childbirth. She said to the angel Gabriel, who had told her she would have a son, “How shall this be, seeing I know not a man?” (Luke 1:34). And Gabriel responded: “With God, nothing shall be impossible” (Luke 1:37).

Jeremiah echoed both of these testimonies, when he said to the Lord, “There is nothing too hard for thee” (Jeremiah 32:17).

Jesus bore his testimony of this power to his disciples: “With God all things are possible” (Matthew 19:26).

He also spoke of this power to the father of one who had a child with a deaf and dumb spirit Christ promised, “all things are possible to him that believeth” (Mark 9:23).

Paul wrote of Abraham’s trust in the power of God. In spite of his advanced age and childlessness (Genesis 21:5: he was a hundred years old when Isaac was born), Abraham knew that “what [God] had promised, he was able also to perform” (Romans 4:21).

Many Old Testament stories teach us what God can and will do for his children who trust him. The stories that follow teach us about the power of God, and about the things we can do to access that power.

Jonathan and his Armourbearer

The Philistines were at war with Israel, which was a frequent occurrence in the books of First and Second Samuel.

“And the Philistines gathered themselves together to fight with Israel, thirty thousand chariots, and six thousand horsemen, and people as the sand which is on the sea shore in multitude” (1 Samuel 13:5).

The men of Israel were terrified. They were outnumbered, and they had no metal weapons of any kind (see 1 Samuel 13:19,22). They went to hide in caves, thickets, rocks, high places, and pits. Some crossed the river Jordan looking for a safer place (see 1 Samuel 13:5,6).

On one of the days between the arrival of the Philistines and the commencement of battle, Saul’s son, Jonathan, without consulting his father (see 1 Samuel 14:1) proposed an unthinkable action to the young man who was his armourbearer.

“Come, and let us go over unto the garrison of these uncircumcised . . .” (1 Samuel 14:6). The context of the story makes it clear that Jonathan was proposing that he and his servant—just the two of them—should attack the Philistines.

How could Jonathan presume to attempt such a thing? “It may be that the LORD will work for us: for there is no restraint to the LORD to save by many or by few” (1 Samuel 14:6).

The response of the armourbearer is as astonishing as the initial suggestion. “And his armourbearer said unto him, Do all that is in thine heart: turn thee; behold, I am with thee according to thy heart” (1 Samuel 14:7).

Let me paraphrase once again. Johathan, I know you and your heart and your faith. You decide what we ought to do and I will be with you when you do it.

Jonathan’s invitation contained this conditional phrase: “It may be that the Lord will work for us . . .” Jonathan suggested a way to find out if the Lord was willing to work for them. The plan is outlined in 1st Samuel 14:8-10.

If they say, “stay there,” we will not attack, but if they tell us to advance, we will attack because that will be a sign that God is on our side.”

From a general perspective, this plan has a major flaw. It only will work if the Lord gives a revelation at the right time and in the right words to an uncircumcised Philistine. But the armourbearer trusted in Jonathan and Jonathan trusted in the power of God. They headed for enemy lines

When the Philistines realized that there were Hebrews nearby, they said, “Come up to us, we will shew you a thing.” Jonathan said, “Charge!” And they did (1 Samuel 14:12).

“[The enemies] fell before Jonathan; and his armourbearer slew after him . . . and there was trembling in the host, in the field, and among all the people: the garrison, and the spoilers, they also trembled, and the earth quaked: so it was a very great trembling. And . . . the multitude melted away, and they went on beating down one another” (1 Samuel 14:15-16).

Johathan understood the power of God and his testimony to the armourbearer is a witness to all of us. “There is no restraint to the Lord to save by many or by few.”

Jehoshaphat and the Three Armies

King Jehoshaphat received horrifying news. The armies of three nations had formed a confederation and were coming toward Judah and Jerusalem (2 Chronicles 20:11). Judah had no hope of prevailing against the combined military might of Ammon, Moab, and Mount Seir (2 Chronicles 20:10).

We are not surprised to learn that Jehoshaphat feared (2 Chronicles 20:3). But this great king knew something of the power of God, and his fear did not incapacitate him. He “set himself to seek the Lord” (2 Chronicles 20:10).

Jehoshaphat did three things as he sought divine assistance against this overwhelming force. First, he “proclaimed a fast throughout all Judah” (2 Chronicles 20:3).

Second, he gathered the people, men, women, and children, from all the cities of Judah to the house of the Lord, the holy temple, in Jerusalem (2 Chronicles 20:4,5,13).

“Our Eyes Are Upon Thee”

Third, with the hearts of all the people echoing his appeal, Jehoshaphat prayed for the protection of God’s power and for his help in the battle to come. As he prayed, he explained to the Lord the purpose of his prayer. “We have no might against this great company that cometh against us; neither know we what to do: but our eyes are upon thee” (2 Chronicles 20:12).

Following the prayer, one of the priests stood and prophesied, “Be not afraid nor dismayed by reason of this great multitude, for the battle is not yours, but Gods.” He told Judah where they would find the enemy armies. But, he said, “Ye shall not need to fight in this battle: set yourselves, stand ye still, and see the salvation of the Lord with you, O Judah and Jerusalem: fear not, nor be dismayed; to morrow go out against them: for the Lord will be with you” (2 Chronicles 20:17).

With this promise of the power of God, Jehoshaphat did an amazing thing. He marshaled their forces, but before he sent forth the army, he sent for singers!

“And when he had consulted with the people, he appointed singers unto the LORD, and that should praise the beauty of holiness, as they went out before the army.” (2 Chronicles 20:21).

The faith of Judah in sending forth a choir before the army is an instructive parallel to the faith of Jonathan and his armourbearer in their attack on the Philistines. These are people who believed in the power of God and who knew the truth of what Gabriel would say to Mary: “With God, nothing shall be impossible” (Luke 1:37).

And the results were the same

“And when they began to sing and to praise, the children of Ammon and Moab stood up against the inhabitants of mount Seir, utterly to slay and destroy them: and when they had made an end of the inhabitants of Seir, every one helped to destroy another. And when Judah came toward the watch tower in the wilderness, they looked unto the multitude, and, behold, they were dead bodies fallen to the earth, and none escaped” (2 Chronicles 20:22-24).

We Are All at War

The two stories reviewed above are a small but significant sample of what can happen for people who trust in the power of God. Both stories occurred in a time of war and there is a lesson for us in that.

In this unending battle waged by Satan for the souls of men, we have access to all the assistance we will ever need. If we have sufficient faith in God’s power, and if we fast and pray and go to the Lord’s house, we will have access to the divine power of God, by which we will be enabled to overcome all the enemies arrayed against us, and claim our rightful place in the Kingdom of God.

I really believe that God has all power, however, as contained in many of the stories of war in the Book of Mormon, the righteous also did many things to protect themselves from the Lamanites. So, it may also be up to us to seek God's will regarding our safety including arming ourselves if necessary.

Excellent article Ted! God CAN do anything! If we can believe it, He will do it!