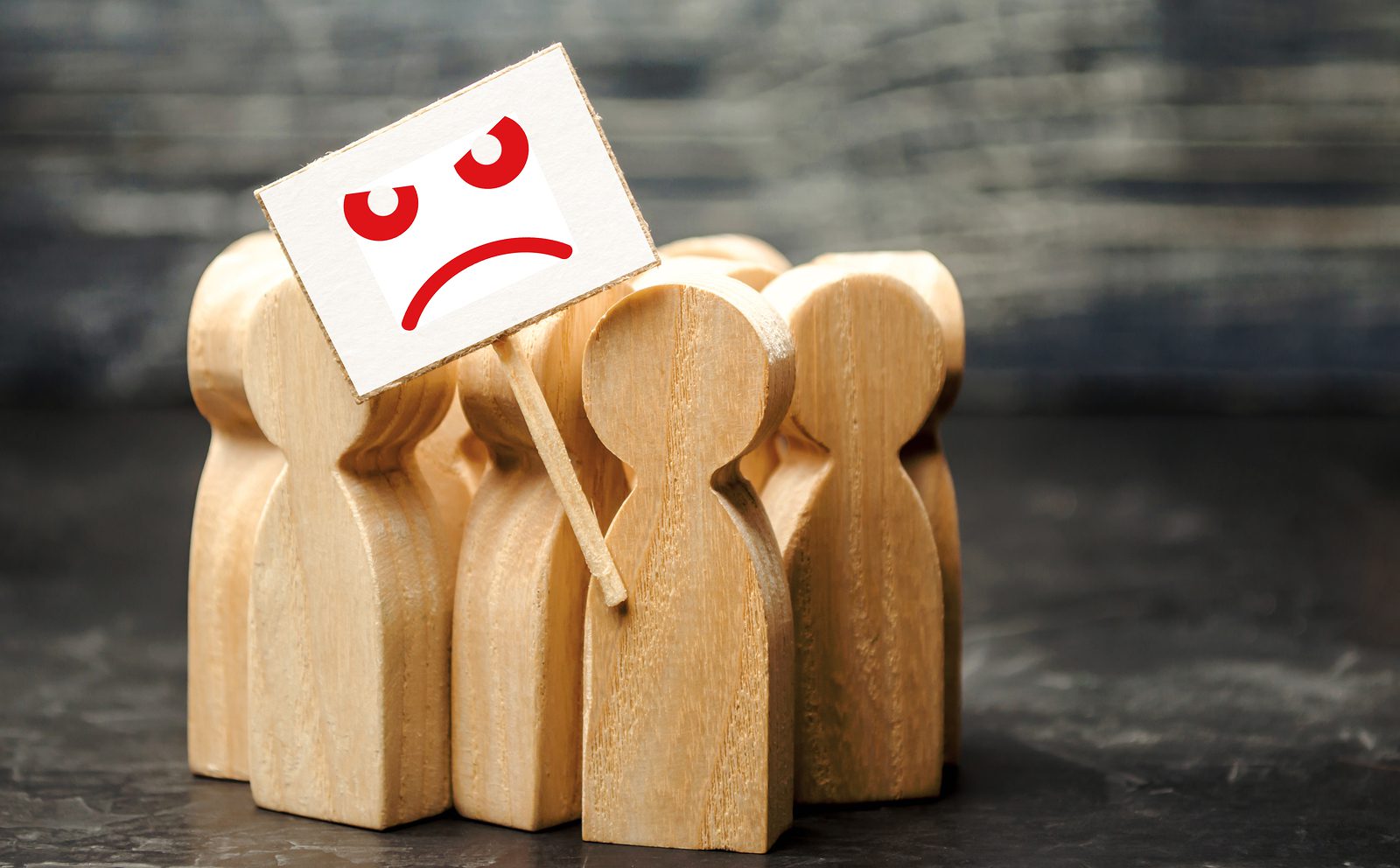 When concern began to surface among some Americans at some of the unintended consequences arising from lockdown policies earlier this spring, the response in some quarters was almost immediate: too bad some in this country don’t care about protecting human lives!

Reasonable arguments did exist for how economic conditions underlay physical and emotional well being for so many. And reasonable disagreements also existed when it came to public health and lockdown policy.  None of this stopped many from assuming the very worst about those who disagreed with their own views.

Rather than, maybe assuming the best?  “Hey, you know—we all care about protecting human lives . . . seems like we have some different ideas on how to go about this?”

Whereas that kind of generosity ushers in one kind of a conversation (curiosity, openness, understanding, collaboration), an insistence on the worst possible motives or character driving another perspective leads to another kind of conversation: an escalating, bruising, darkening exchange that leave people more and more distant.

That latter course has become almost standard in America these days—with it now a rarity to hear political leaders and pundits do anything other than assume the worst about the other side. Ari Shapiro recently asked an African-American business leader on All Things Considered, “Do you think the political leaders are thinking about the African-American community in their decisions to re-open?”  His answer:  “Of course not. When were we ever considered when policies were made?”

No doubt, leaders can often make decisions that prioritize one segment of a community, without enough consideration to another.  But it’s also the case that many—even most—political leaders still try to represent all their constituents. That’s not how many Americans see it anymore, however—underscoring something deeper than an honest policy disagreement.

How have these numbers shifted in the last four years? Are we any less prone to assuming the very worst about our political opposites in 2020?

Rather we’ve seen an increasing willingness for people across the political spectrum to jump to the conclusion that the other side simply doesn’t care about those people, that issue, etc.

When the Rush to Judgment Causes Harm

Perhaps it’s unsurprising, on some level, why hard feelings have been exacerbated across these many lines—especially when divisions are stoked and roiled so regularly by leaders and commentators across the political spectrum.  That doesn’t resolve the question, however, of why we’re so quick to assume the worst about each other.

And that applies to questions of faith as well.  Between April 7th and April 12th, the Salt Lake Tribune published no fewer than three criticisms of The Church of Jesus Christ of Latter-day Saints for not doing enough to aid in the coronavirus pandemic, only for the Church to reveal on April 14th that they were involved in more than 110 service activities around the world.

More recently, when the CARE Act allocated money to every college and university in the US, an exMormon subreddit began criticizing the Church for news that BYU had received an allotment of funds—with an indignant change.org petition circulating with demands that Church President Russell M. Nelson return the money.

It’s understood among those who work regularly with Latter-day Saint leaders that as a rule, with the exception of students and professors receiving educational grants, the Church does not take federal money—even though, in this case, BYU’s own students have the same financial needs as other students across the country.

Later that week, these critics had to backtrack, when BYU announced that they did not accept the funds—allowing them to be distributed to institutions in greater need— while launching a plan to simultaneously get financial aid to their own students in need.

The rush to condemnation quickly proved premature and inaccurate in both situations, while the distrust and animosity it reinforced endures.

Of course, not every rush to judgment comes with quick public proof of the opposite. Indeed, BYU turning down the CARE Act funding is one such example of delayed evidence.

With educational institutions across the country struggling under the sudden financial burden of the pandemic, how could BYU afford to make a decision such as this? The answer reflects an ironic twist on one of the greater rushes to judgment the Church has faced in the recent past. Last December, the Washington Post reported that the Church had a $100 billion investment fund. While those numbers have yet to be publicly confirmed, the Church at the time suggested that the funds were saved for a rainy day. At the time, few could imagine a global pandemic affecting most of its membership and shuttering its universities.

But today, amidst an economic and health crisis, few expect any commentary showcasing how the Church’s prudence in saving money allows BYU to pass along federal funds for others, while taking care of financial aid for its own students (not to mention increasing the welfare efforts to care for its own worldwide membership, while also providing service in global relief efforts).

Yet the very thing many people complained about five months ago has allowed the Church to pass along the federal funds available to someone else. Likewise, had the Church not saved and carefully managed funds, it would be as dependent as other universities on tax-payer dollars.

Rather than something to further critique, perhaps this is something to celebrate?  With months now to consider the implications of the Church’s investment funds, and witnessing the unusual way they’ve been able to survive and help their community during the very rainy-day they were preparing for, perhaps some of these knee-jerk evaluations of “avarice” and “duplicity” could be replaced with more considered evaluations of “prudence” and “wisdom.”

That’s what generosity—and perhaps even honesty—would mean:  seeing the full picture—and not just the shreds of evidence in the picture that justify a roiling sense of rage or disgust within us.

What would it mean for Americans to rediscover the beauty of this full picture of the other side? How could it change our national discourse to concede more of the thoughtfulness and goodness evident in our political opposites—and maybe even some grace for sensitive questions of deeper disagreement?

This wouldn’t be an airbrushed, overly positive portrayal, by the way—since difficulties and concerns can still be transparently explored in such a picture with equal honesty. But those difficulties would be held in a crucial balance with the simultaneous good as well.

One of our friends worked as a defense attorney to individuals on death row. While the prosecuting attorney worked hard to paint a picture of a defendant underscoring his or her utter villainy, David’s role was very different. Without denying the tragic, often horrific moment(s) that prompted a death sentence, his job was to essentially put this moment in context of the whole life picture—a picture that often included brutal experiences of abuse as a child, poverty, and sometimes excruciating mental illness.

Our choice as Americans is essentially the same.  Which narrative of Those People will we embrace and believe?

The one that paints them out to be utter villains?  Or another that sees them as fellow Americans—even brothers and sisters—who have adopted a perspective we do not share?

“Two roads diverged in a yellow wood.”  Which will we take?

Undoubtedly both.  While increasing numbers continue choosing to take a pathway absent of generosity and highlighting the worst possible fantasies about the other side, another path is still available.

For all of us.

I shall be telling this with a sigh
Somewhere ages and ages hence:
Two roads diverged in a wood, and I—
I took the one less traveled by,
And that has made all the difference.
Robert Frost, 1915

Another insightful article. Thank you for its clarity and true facts.