Where the Wild Things Are Defies Expectations | Meridian Magazine

Where the Wild Things Are Defies Expectations

For me, as for many small children, the cruelty of schoolmates, bickering between me and my siblings, and feeling misunderstood by adults were all sources of hurt, frustration, and genuine heartache. I remember putting on my Superman cape, my Ninja Turtle bandana, or my Batman mask and retreating to the backyard or, mother forbid, climbing onto the roof of the house to escape into the recesses of my imagination. There, I could be whoever I wanted to be. 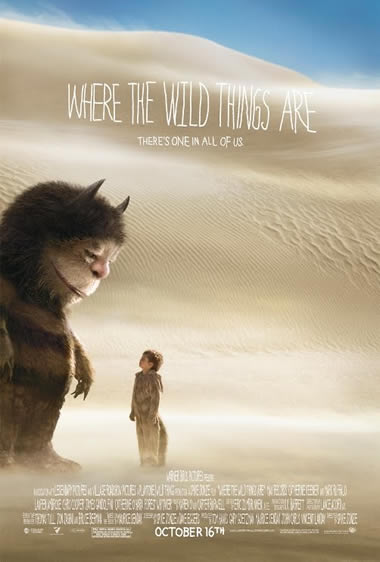 When real-life bullies exploited my physical weakness and avoidance of violence, there in the grass I was more powerful than a locomotive and faster than a speeding bullet. In my imagination I wouldn’t need to fight; bullies respected my strength and backed down. If my loving parents ever showed exasperation at my limitless energy and rightfully attempted to place limits and rules, I’d pretend I could fly away, never to be held down. When older siblings, entering adolescence, balked at my immature playfulness, I dealt with the very real heartache and confusion by pretending I was a hero or a king. Then, I was adored, appreciated, and loved. I became someone who saved the day and earned the respect of those around me. 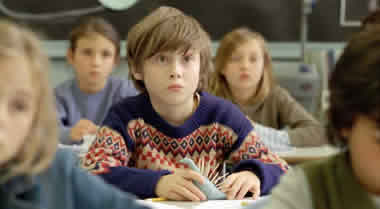 For that reason I, like millions of readers across the decades, identified so readily with Max, the protagonist in Maurice Sendak’s classic children’s book Where the Wild Things Are. Dressing like an animal to escape his home life, he imagines a land of creatures and monsters that make him their king. A brisk ten sentences in length, the book tapped into something primal in my childhood heart.

Spike Jonze’s hour and 45 minute film version expands on Sendak’s vision without straying from its essence, and like E.T. and The Goonies, addresses real-world stresses that effect children in a straightforward, matter-of-fact manner even as it interweaves them with its fantasy. In fact, the entire film is a wonderful hybrid of the real and the surreal, and rings true to the oft-forgotten emotional experience of childhood. 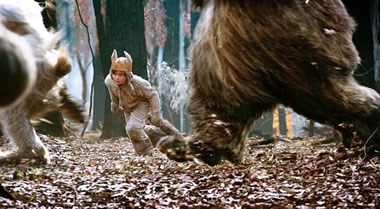 If this all sounds deep…it is. This is not a lighthearted kid’s movie, and I wouldn’t take young children to it. Not because it’s inappropriate, because it isn’t, but rather because adventure and fantasy are not used here to simply entertain. Rather, they purposefully and honestly dissect the broad spectrum of young feelings: fear, love, embarrassment, joy, loneliness, belonging, fun, rejection, and the sheer exhilaration of physical play. The film’s Max learns, through his experiences, to make sense both of his own feelings as well as his mother’s experience. He gains a taste of what it means to grow up and to be responsible for the welfare of others, and just how taxing (and rewarding) that can be. Ironically, while Max comes to comprehend adulthood, adult viewers are reminded of what it really means to be a child. While based on a book for young children, the film version seems more appropriate for adults and older kids looking to understand each other while being wowed by impressive fantasy. 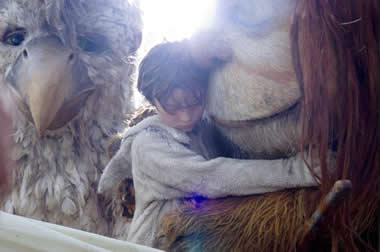 And it is impressive. The artistry of this film is simply stunning. While many family movies rely too heavily on special effects, Where the Wild Things Are was wisely shot in real forests, with its young actor interacting with real Wild Things (which is to say, real-life actors in large animatronic suits as opposed to computer-generated beasts). While it is true that a giant fort and the Wild Things’ faces are CGI, these visual effects are integrated seamlessly, giving the film has an organic quality. Wild Things approximates the blurry line between imagination and reality experienced by kids. The handheld (but not shaky) camerawork adds to the earthy realism, and some of the warm autumn colors captured during moments of sunrise and sunset are gorgeous to behold. The Wild Things themselves are always fun to look at, and the technical wizardry in their design deserves an Academy Award. 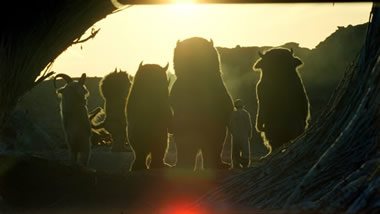 Young actor Max Records is movingly real; he never seems to be acting and never appears to be coached by a director). He simply conveys what it is to be a nine year-old. The vocal work for the Wild Things is top-notch, and despite the movie’s often melancholy tone, there are moments of great humor and genuine wonder. Though Where The Wild Things Are ultimately has a good deal of warmth, heart, and soul, this is a bittersweet tale with profound themes whose sadder moments will likely alienate those just looking for a good time, as will the time it spends on introspection. Younger children, as well as those seeking pure entertainment, may find themselves bored and restless. For those up for the challenge, however, it is a fine family film that doesn’t insult one’s intelligence.